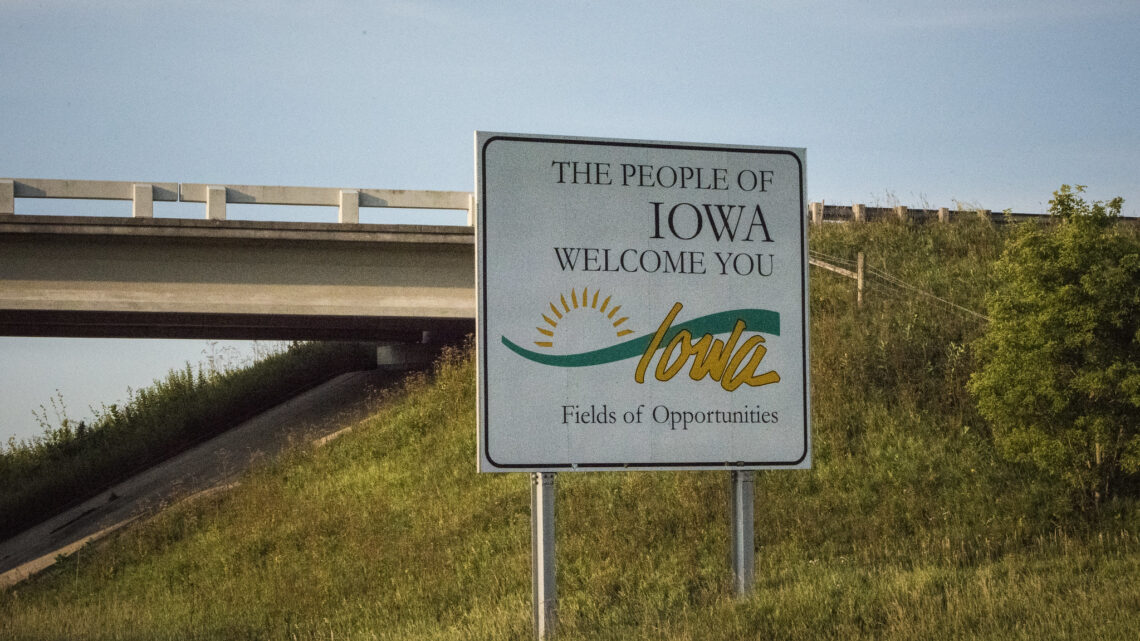 A major trend from the U.S. Census is the growing number of individuals who are voting with their feet against bad economic policies. States with high tax and regulatory burdens such as California, New York, Illinois, among others are all experiencing population loss. States with either low- or zero-income taxes such as Texas, Florida and North Carolina are gaining residents.

Tax rates matter and high taxes deter both productivity and economic growth. The COVID-19 pandemic is also changing the nature of work and as a result both businesses and people are becoming more mobile with working from home. The Census results and the embrace of workplace mobility are just two examples of individuals pursuing economic freedom.

Iowa’s economy is in recovery from the pandemic, but challenges remain. Perhaps the most significant economic challenge is the need to find workers. Iowa businesses need qualified workers to fill numerous jobs. Even prior to the pandemic, workforce issues were a concern for both policymakers and businesses.

Growing Iowa’s population and expanding the workforce will not be easy. However, the solution will not be found in expanding tax credits, incentive programs, or other government-mandated solutions, but rather through expanding economic freedom. Hundreds of independent studies have produced overwhelming evidence that higher levels of economic freedom are associated with more opportunity, more prosperity, greater economic growth, more investment, and more jobs.

The Fraser Institute’s 2021 Economic Freedom of North America report measures economic freedom among the states. Iowa is ranked only 30th out of 50. Specifically, Iowa receives lower ratings in terms of government spending and tax climate.

Among Iowa’s neighbors only Illinois (33) and Minnesota (38) are ranked lower. South Dakota, a no income tax state, is ranked seventh in the index. Nebraska and Missouri are 16th and 17th; Wisconsin is 25th. The five most economically free states are New Hampshire (1), Tennessee (2), Florida (3), Texas (4), and Virginia (5). All these states, except for Virginia, have no income tax.

Iowa’s personal income tax has long put the state at a competitive disadvantage. Its top rate of 8.53% is one of the highest in the nation. Among Iowa’s six neighboring states, only Minnesota’s 9.85% is higher. Since income taxes essentially act as a penalty on productive activity, keeping their rates low is particularly important for economic prosperity.

Competition among the states is getting fiercer as policymakers compete for both jobs and people. Many states, including Iowa, are enacting pro-growth tax reforms, and eliminating regulations to make their states more economically competitive.

On the regulatory front, Reynolds and the legislature have reformed Iowa’s burdensome occupational licensing laws and established universal recognition for out-of-state licenses. This reform is removing barriers to work, especially for those new residents of Iowa, making it a more attractive choice for those looking to relocate.

Gov. Reynolds and the legislature are also working to control spending. As a result of conservative budgeting, Iowa’s fiscal house is in strong condition. Iowa’s budget has a $1.24 billion surplus, and the reserve accounts are full. Prudent budgeting has resulted not only in funding the priorities of government, but also enabling the legislature to enact needed tax reform.

However, more progress is needed. The Tax Foundation’s most recent State Business Tax Climate Index ranks Iowa only 40th, largely due to high corporate and personal income taxes. The recent income tax cuts are very important steps to improving Iowa’s tax climate, but even once fully implemented, the top rate will still be above most other states including three of its neighbors (Missouri, Illinois, and South Dakota). These interstate differences are important because they can have an impact on the location decisions of businesses and residents.

Going into the 2022 legislative session, policymakers can build on their recent progress by continuing to lower tax rates, keep spending levels low, and eliminate excessive regulations that create roadblocks to success. By increasing economic freedom, that will help keep Iowa’s economy growing and create new opportunities for all.

Texas energy regulators, gas industry try to reassure the public that the state’s power grid is ready for winter