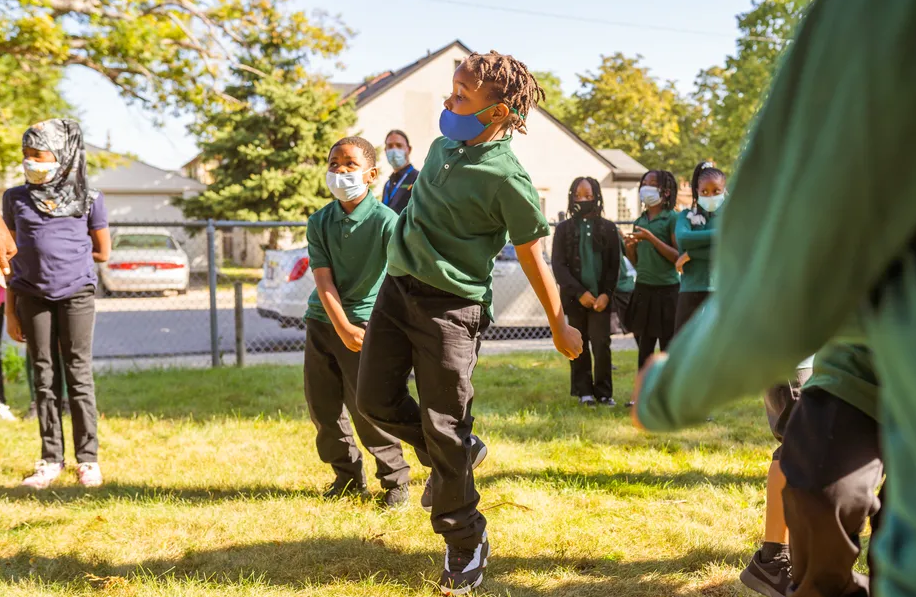 Michigan voters favor investment in children even if taxes increase

Most Michigan voters want more investment in children even if it means higher taxes, according to a new poll.

Despite broad overall support for greater investment in young people, there were sharp differences when the survey was broken down by political party, with Democrats far more likely to approve of such policies than Republicans.

Lake Research Partners surveyed 800 likely voters. The poll was commissioned by the nonprofit advocacy group Michigan’s Children and the Detroit philanthropy, The Skillman Foundation, which is a Chalkbeat funder.

Policy makers and politicians have been trying for years to increase funding for schools. Despite recent gains, the state still falls well short of what researchers say is necessary to provide adequate education.

But 62 percent of respondents said they favor more investment in children, and 58 percent said they would favor it even if their taxes go up. The poll had a margin of error of plus or minus 3.46 percentage points.

“It’s one thing to say investing in kids is great,” said Angelique Power, Skillman’s new president and CEO. “It’s another when you say, ‘Yes, you can raise my taxes.’ That was shocking to me.”

There is a consensus among Michigan voters that the state isn’t doing enough for its children, said pollster Celinda Lake.

Michigan voters feel more strongly about improving equity and equality than residents of other states, said Lake, who has conducted similar polls in other parts of the country.

“Michigan really wants to provide opportunity to every child, and that really unites rural Michigan and Detroit, suburban Michigan and Grand Rapids,” she said. “It’s a really unifying theme across the state, and it’s stronger in Michigan than it is nationwide.”

The poll was conducted a month after the state Legislature’s approval of a landmark school funding bill that brought education spending to record levels with the biggest boost going to historically underfunded schools. It also came as Michigan began spending $6 billion in federal COVID relief funds being disbursed over three years.

That makes the poll results even more remarkable, Power said.

“Michiganders are insightful about those dollars, and they understand they don’t begin to address the deeper needs that will take a longer period of time and will take more investment,” she said. They see the new funding as “a short-term fix to a long-term problem,” she said.

Majority support for investment in children held across demographic groups.

“There are not many issues where you’ll see across the geographic spectrum of Michigan that you’ll see support for one type of investment or one particular area of focus, so this is very encouraging,” Matt Gillard, president and CEO of Michigan’s Children, told policy conference attendees in a ballroom at the Grand Hotel.

“Despite polarizing times, Michiganders across race, ethnicity, gender, economics and geography are loudly saying we must invest in all children,” she said. “To me, this isn’t a request but a full-throated mandate.”

Gillard acknowledged that Republicans surveyed were far less likely than Democrats to support tax increases to invest in children.

Although 62% of respondents said they supported increased funding, that included 88% of Democrats, 57% of Independents, but only 39% of Republicans.

Similarly, 85% of Democrats said their support remained even if it meant raising taxes. That number fell to 53% of Independents and 28% of Republicans.

“The political divide exists in Michigan just like it does everywhere else,” said Gillard, a former Democratic state representative. “When you talk about public investment you’re going to see higher levels of support from Democrats.”

“Voters can envision a brighter future for our state and Michigan’s economic prosperity if we start making wise investments in the next generation of citizens today,” Gillard said. “This is a message ringed with urgency and hope to improve prospects and outcomes for all Michigan’s children.”

Gillard and Power expect the poll results to inform public policy decisions and shape the work of advocacy groups such as Launch Michigan, which recently released its own poll showing most Michigan residents believe schools are underfunded.

They know it won’t be as easy to find consensus on where to target investments in children.

“That’s where I hope we can build from this survey and build this conversation … but it’s important to everybody so we’ve got to figure it out,” Gillard said. “The fact that people understand … that it’s going to take some self-sacrifice for us to solve these issues, I think can be a game changer in a lot of political discussions.”