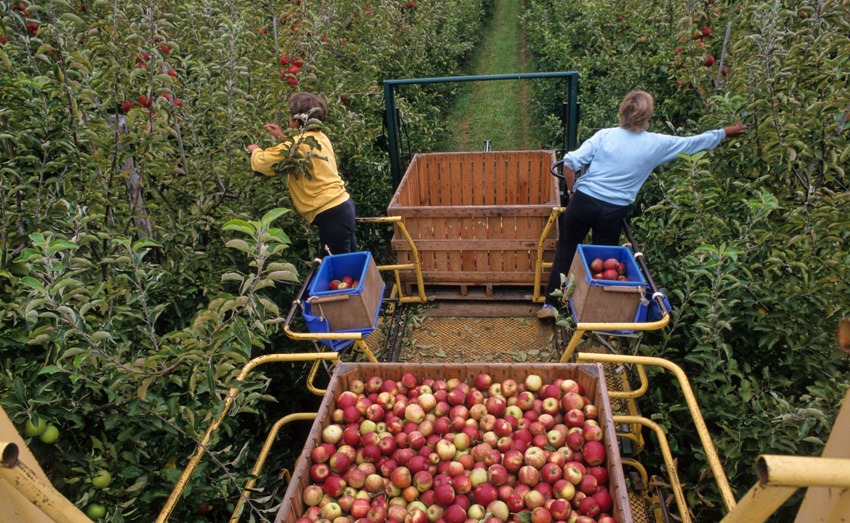 Between a global pandemic and raging wildfires, farmers like Janelle Moses wonder when the world will give them a chance to catch their breath.

The Wapato resident runs one of nearly 100 dairy farms in Central Washington’s Yakima Valley with her husband. A farmer’s daughter, Moses acts as a supervisor for the South Yakima Conservation District, where she says up to 800 dairy cows died under the heatwave baking the Northwest. Three of them were her own.

Born and raised in California, Moses says she’s never seen as many fires as she’s seeing today in the 30 years she grew up in the Golden State.

The Yakima Valley, according to the Washington State Dairy Council, is home to some 110,000 cows and a large portion of the state’s $5.2 billion dairy industry. It relies on water as much as any farm sector and that’s in short supply.

Washington’s Department of Ecology declared a statewide drought emergency on Wednesday, placing all but three big metro areas—Seattle, Tacoma and Everett—under a series of emergency measures. They include expediting drought permits and water rights in addition to funding for public entities and outreach programs. Drought emergencies are declared when water levels fall below 75% of average.

This year marked the fourth-driest March and April on record for Washington and prompted Ecology to issue a drought advisory on May 27. Searing heat has been blamed for dotting the state with eight major wildfires, costing it some 94,000 acres so far this year. According to the U.S. Drought Monitor, the state’s rainfall average from March and June tied with 1926 for the second driest period since 1895.

Moses has spent every minute trying to fan the 200 Angus cows under her care at Holy Cow Grass Fed farm. On June 29, Wapato temperatures hit 113 degrees Fahrenheit and have hovered around 95 degrees ever since. Moses hopes the irrigated green grass around the farm keeps the fires at bay.

Ecology reports Washington’s wheat farmers may have lost up to half of their crop this year as it baked under a heat dome that sent temperatures into the triple-digits around the Evergreen State. Officials warn the lower Yakima, Okanogan and Snake rivers are reaching temperatures lethal for some fish, including threatened salmon species.

Fruit farmers in Chelan County to the east tell The Center Square at least 60% of their apple crop is browning from the inside. Around 90% of their cherries went to waste in the heat. For big growers, federal crop insurance may cover some of the damages, but blazes like the 9,000 acre Red Apple Fire are closing roads and adding hours to their daily commute.

For small-time farmers like Moses, paying expensive insurance premiums or days off from work is not in the cards. Wildfire season has many farmers like Moses thinking outside the box to protect their health. Moses, who has asthma, layers two bandanas over her face, one of them soaked, to ward off the smoky air that she uses eyedrops for morning, noon and night. She says it’s all worth it to live the life she loves.

“Farming is not an occupation you’re going to make a lot of money in,” Moses said. “So you’ve got to realize that it’s the lifestyle that you’re looking for, not the bank account.”

Washington’s most prolonged drought on record lasted 116 weeks from Jan. 7, 2014 through March 22, 2016. The most intense period of drought affected some 85% of state land on August 25, 2015. The current drought period turned seven weeks old on Thursday.

Washingtonians can submit observations and photographs to the Conditions Monitoring Observation System to help ecologists better monitor the drought.