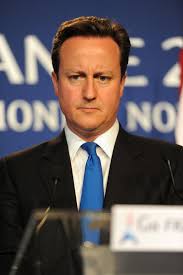 The Bureau reveals today that 27% of private donations to the Conservative party have come from hedge funds, private equity partners and financiers in the past year – that’s more than £3.3m of Tory funding.

Many financiers and private equity partners undoubtedly  invest for the long term. But there are a large number who rely on huge debt when they buy companies. And some asset-strip businesses to turn a ‘fast buck’. Hedge funds are prime players when it comes to shorting currencies and companies. The effect often is to amplify downturns causing real economic hardship for millions.

Since the bank crisis, these areas of finance have escaped meaningful regulation and higher taxes. This is despite the enormous profits these sectors as a whole are achieving thanks in large part to huge injections of public cash into the economy.

Earlier this week, City figures were up in arms after Jose Manuel Barroso, president of the European Commission, called for a tax on financial trades. To their joy, the UK’s chancellor George Osborne seemed to support their cause. The Treasury released a statement saying it was not opposed to such a tax, but that it would only support a global roll-out of such a policy.

So the question is: exactly how much attention had Osborne paid to the lobbying of those whose money helps prop up his party?

The Tories deny the existence of any such influence, claiming that cash is given to the party out of political conviction, not to get access to politicians. But a former Conservative cabinet minister told the Bureau last week, ‘Most of them [donors] do not have a political bone in their body. They are completely apolitical. All they care about is their agenda.’

This seems to be a common conviction. Mike Slade, chief executive of Helical Bar, has donated more than £300,000 to the Conservatives in the past decade. He has stated about his donations: ‘You do run the thin line of someone saying: I’m only doing this to have access and influence, but that was what politics was always about. It is a little unfair but there must be 20% truth in it.’

Leaders of the pack
The Bureau believes there is more than 20% truth to this. Our research reveals that 50 donors from the City contributed at least £50,000 each to Central Office, alongside a further 51 from other business sectors.

Under a scheme devised by the party’s fundraisers, those who donate £50,000, or above, a year are entitled to a face-to-face with the Prime Minister as members of the Conservative Party’s Leader’s Group, meaning that each of these 101 donors is potentially eligible to meet David Cameron.

We have no way of knowing how many or even who has taken up this offer. Nor is there any public record of what was discussed in such meetings, as they are considered private and so are not recorded.

What we do know is that under David Cameron’s leadership, funding from the Square Mile has more than doubled from 25% in 2005 to 51.4% now.

There are numerous examples of legislation introduced under the Coalition that favour the financial services sector.

The commitment to reduce corporation tax from 28% when the Conservatives entered office to 23% by 2014 and the decision to reduce stamp duty on the purchase of large portfolios of homes bought to rent out, are two of the most obvious examples.

The politics of funding
Of course, there have been questions about the probity of Labour funding in the past. You just have to recall the scandal over Bernie Ecclestone’s £1m donation to New Labour after the revelation that Formula 1 had been exempt from the ban on advertising tobacco. And private equity tycoons such as Sir Ronald Cohen and Nigel Doughty lavished cash on New Labour who appeared to oblige them by slashing capital gains tax rates to just 10%.

But today, under Ed Miliband, private funding for the opposition has dropped off a cliff. Over 90% of Labour funding is once again coming from trade unions. Miliband has gone out of his way to knock any suggestion that he is ‘Red Ed’ dancing to the tune of the unions. But when his party relies so heavily on their money, can he really be immune to their influence?

Political parties need funding. Election campaigns are not cheap to run. In America, politics is as much about fundraising as campaigning.

Things are very different in Germany, where political parties now receive over 50% of their funding from the state. This not only dilutes the potential influence of wealthy financial backers, but provides a more even playing field for smaller parties.

Canada has gone even further and prohibits all donations from business and trade unions.

In Britain we have a party funding system that raises suspicions that you can buy influence. At a time when parliament and our MPs are still reeling from the aftershocks of the expenses scandal, is it not time to address the many issues raised by the current system of party funding?

This article was originally published on Can money buy political influence?