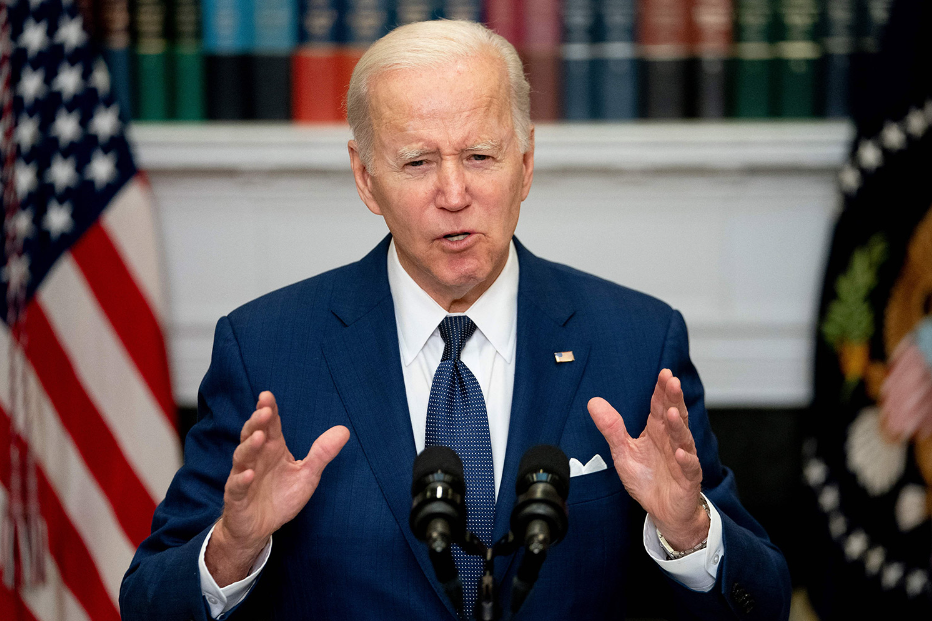 An upcoming Biden administration rule change will tie billions of dollars in federal education funding to an array of LGBT policies, forcing school districts and universities to implement controversial rules on issues like transgender athletes in order to receive federal funding.

That change means that schools that accept any kind of funding, including students receiving FAFSA or Pell grants or students who receive federally subsidized school lunch funding, will be subject to the new Title IX LGBT interpretation.

This means that schools around the country will be forced to comply with a range of pro-transgender policies in things like sports, housing, locker rooms and bathrooms if they want to continue receiving federal funds. The effort began when President Joe Biden issued an executive order almost immediately upon taking office.

Since then, the administration has been publicly advocating for these policies, but the expected formally published rule change later this year would codify that policy.

“Children should be able to learn without worrying about whether they will be denied access to the restroom, the locker room, or school sports,” the White House said when that order was issued in January of last year.

Sarah Perry, a legal expert at the Heritage Foundation, said the rule change would also remove recently added due process protections for students accused of sexual harassment and sexual assault, which could be particularly important if misgendering individuals is redefined to be included in the harassment category.

Not using the preferred pronoun of an individual could also land schools and universities in legal trouble under the Title IX changes.

“A third [change] that is unspoken and won’t appear in the new rule but will have implications, it will be essentially a muzzling of free speech for individuals who for example don’t toe the party line on gender identity and will be forced … to use an individual’s preferred pronouns or be faced potentially with Title IX sex discrimination charges,” Perry said. “So it will not only require the adherence to these beliefs. It will force speech. It will compel speech in violation of the First Amendment, and we have yet to even examine fully the parameters of how that is going to play out in the court room…”

Some schools are allowed to use a religious exemption to some rules like the kind laid out by the administration, but experts say it remains unclear whether the Biden administration will honor those exemptions or challenge them, which would likely lead to a legal battle.

The Biden administration said in its announcement this is a push toward “equity and fairness.”

“USDA is committed to administering all its programs with equity and fairness, and serving those in need with the highest dignity,” Secretary of Agriculture Tom Vilsack said. “A key step in advancing these principles is rooting out discrimination in any form – including discrimination based on sexual orientation and gender identity.”

Other critics, though, argue that girls will be victims of this policy change when schools are required to allow trans girls to use facilities designated for women, such as bathrooms, locker rooms and dorm rooms, saying it violates their privacy and opens them up to sexual assault.

They also argue it will hurt female athletes and take away their athletic opportunities. Several trans women have quickly risen to dominance in their respective sports after not having the same success when competing against men.

“This will not only have a significant impact on privacy, safety and security of women and girls but also on the equity and fairness of women to be able to participate in scholastic athletics whether at the K-12 or at the collegiate level,” Perry said, adding that these rule interpretation changes would “change the face of American education if it is approved and published, and that is not an overstatement.”

The athletics issue came to a head earlier this year when trans athlete Lia Thomas, who was born a male, easily beat Olympic silver medalists Emma Weyant and Erica Sullivan in the NCAA 500-yard freestyle championship in March.

Opponents to the upcoming rule change point out these kinds of losses as examples of unfairness and say they take scholarship opportunities away from women and give them to recently transitioned athletes.