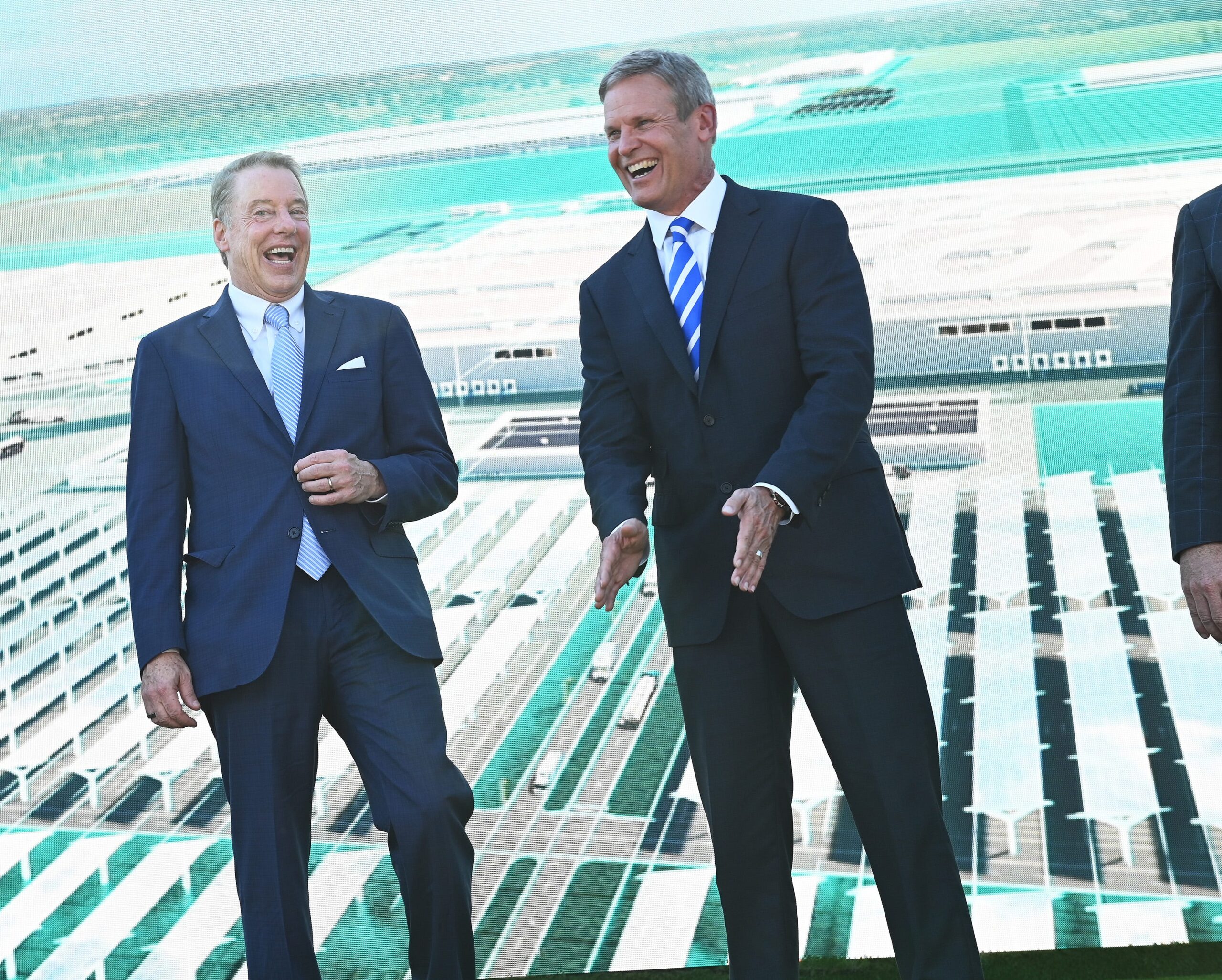 The Metro Nashville Public Schools’ $18 million contract with Meharry Medical College Ventures that was not put out to bid was named Pork of the Year on Wednesday in the Beacon Center of Tennessee’s annual report on wasteful tax dollar spending.

The contract produced a website that was inferior for the price, Beacon Center said.

“Experts say this website should have cost no more than $75,000,” Beacon’s Pork Report said. “As if the no-bid contract and lighting tax dollars on fire weren’t bad enough, at the same time the city of Nashville decided to shut down schools because in-person learning was too dangerous due to COVID, MNPS partnered with the YMCA to have … in-person learning for children of Metro School employees and students from K-5th grade.”

Beacon Center is a nonprofit policy institute that regularly looks at taxpayer spending and picked out the top spots across the state where it believes taxpayer funds were wasted in 2021, including the $884 million in tax incentives and recently approved for Ford’s electric truck factory at the Memphis Regional Megasite.

The Pork Report highlighted the state already had spent $189 million in getting the 4,100-acre site shovel-ready before the incentives for Ford’s Blue Oval City.

“Tennessee needs to hit the brakes on giving tax dollars to corporations, especially billion-dollar ones, while pushing those costs onto everyday Tennesseans,” the report said. “If Tennessee wants to be the number one state for jobs and a magnet for business, lawmakers should make it easier and more affordable for all businesses to operate.”

Beacon Center presented this year’s report in the style of a cookbook, giving the flavors from each region of Tennessee.

Tennessee’s budget this year included $20 million in incentives for a Great Wolf Lodge in Jackson, scheduled to open in 2022. It included $5 million to build a road to the waterpark.

Beacon Center said a waterpark isn’t a necessary government function and to “leave the water and amusement parks to the private sector and let consumer demand determine where they should be located.”

The report highlighted $25 million spent by Shelby County Schools on air purifiers from Global Plasma Solutions. A lawsuit has been filed over the effectiveness of the purifiers, but Shelby County spent $1 million on installation even after the Maryland and Delaware lawsuits.

The report also highlighted a Shelby County Commission resolution from January to take $2.5 million from reserves to fund grants for hotel, restaurant and hospitality workers.

In Clarksville, the report highlighted city council approval for construction of an $810,000 performing arts center. It will charge the Roxy Regional Theater Company $1 per year for the first three years to use the facility.

The report pointed out the Nashville Event Marketing Fund Committee gave out a combined $3.5 million to money-making events the report said would be coming to the area regardless, such as college football’s Music City Bowl.

In Johnson City, Beacon Center called out the city council for taking on $13 million in debt to build five baseball diamonds and approving $300,000 in each of the past two budgets to offer $5,000 grants for out-of-towners to move to the city.

The report highlighted that the utility board committed to spending $702 million in Knoxville over 10 years to bring more residents broadband internet. In Hamilton County, commissioners agreed to spend $16 million to buy 2,170 acres in hopes of turning it into a manufacturing hub with only 600-700 acres of the land ready for development.

The Pork Report also included the $2.8 million spent on the Tennessee on Me campaign, which gave $250 airplane travel vouchers to those who booked hotel rooms in four Tennessee cities.