Please ensure Javascript is enabled for purposes of website accessibilityBusinesses fail to find workers, and experts say federal policies have made it worse – Capitol Hill Pulse Skip to the content 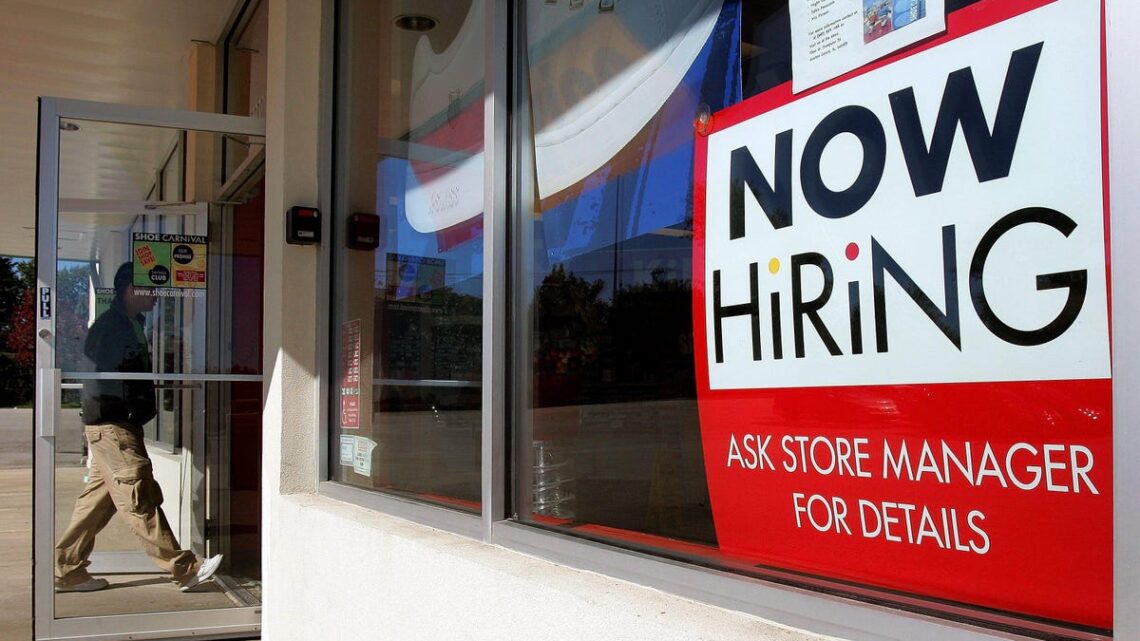 Businesses fail to find workers, and experts say federal policies have made it worse

The new report from Alignable said that 83% of restaurants can’t find enough workers. Overall, the report found that “63% of all small business employers can’t find the help they need, after a year of an ongoing labor shortage.”

“Drilling into the most recent data on key sectors and demographic groups, the picture is even more disturbing,” the survey said. “Hiring issues have worsened again for key sectors, including restaurants, travel/lodging, event management, construction, and the automotive industry. Plus, minority business owners, as well as veterans, are experiencing elevated staffing problems.”

The Alignable survey comes as federal data show a record-high roughly 11.5 million job openings in the U.S., nearly two jobs for every unemployed person. Experts say a range of federal regulatory and economic policies have made the problem worse.

“Employers are struggling across all industries,” said Rachel Greszler, an economic expert at the Heritage Foundation. “The Administration’s policies contributed to these struggles and they’re making it worse. The combination of welfare-without-work benefits that are restricting the labor supply and many trillions of dollars in deficit financed spending – most of which has been money printed by the Federal Reserve – that’s artificially increased demand are largely to blame. These policies have fueled inflation.”

Employers have raised wages in recent months, but those wage gains have not kept pace with inflation.

“While employers have responded to the labor shortage by increasing wages – something that would normally cause more people to enter the labor force – inflation has made people worse off even with higher wages,” Greszler said. “Over the past year, the median worker’s earnings have increased by $3,300, but inflation has served as a $4,800 tax, leaving them $1,500 poorer.”

Gretchen Baldau, an economic expert at the American Legislative Exchange Council, said that increased regulations have also made childcare too expensive for many families.

“The lack of affordable childcare options isn’t helping,” Baldau said. “Those options will get even worse under a recent Biden administration proposal to further regulate childcare providers. Increasing licensing requirements and regulations for childcare providers does not result in improved quality of care. Instead, prices go up, and the number of service providers goes down. Unfortunately, this means that these types of regulations can prevent parents from re-entering the workforce, including restaurants.”

Critics also say the push toward unionization has further complicated the job market.

“The Biden Administration is also actively working to increase unionization – even when workers don’t want it,” Greszler said. “Unions significantly drive up employers costs and make it harder for them to hire the workers they need, when they need them.”

Hiring issues, along with inflation, are a major reason many small businesses are feeling the pain. An April poll from NEXT Insurance reported that one in three small businesses has considered closing up shop in the previous 12 months.

“According to a new survey by NEXT Insurance, small business owners across the United States are frustrated and stressed about inflation and the state of the economy,” the group said. “More than one-third have considered shutting down in the last 12 months. As prices continue to rise and supply chains continue to falter, many small business owners have been forced to work longer hours, raise prices, and even cut their own salaries just to stay afloat, our survey found. And a majority of small business owners believe the pain isn’t over.”

This article was originally posted on Businesses fail to find workers, and experts say federal policies have made it worse

Lemon water won’t detox or energise you. But it may affect your body in other ways

Why some health-care practitioners are prescribing food to their patients