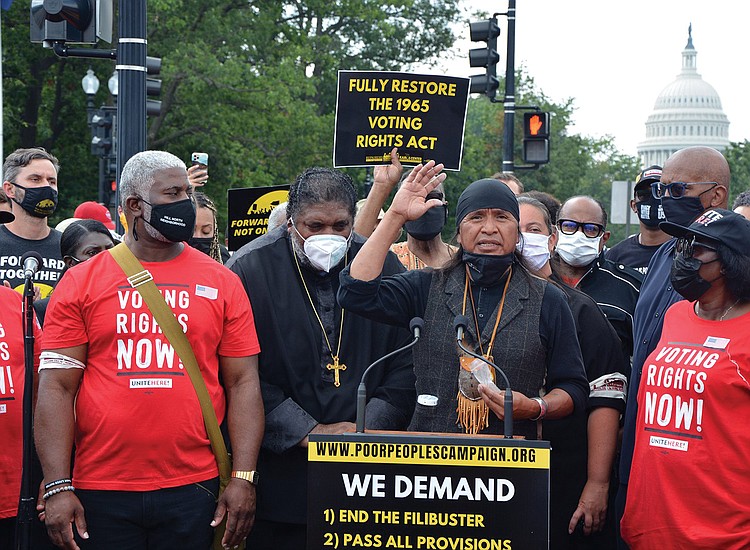 Michael Chase works two jobs in southeast Ohio: one as a hotel night clerk and one as retail support – sorting through donations, setting new merchandise out, cleaning – at a nonprofit.

Chase shares an apartment with three other people, something he finds stressful. And he is not always confident that he can make his portion of the rent. Between the two jobs, Chase earns less than US$16,000 a year. While it may not sound like a lot, that places him well above the federal poverty line for a single person: $12,760.

As a sociologist concerned with inequality, I spent one year conducting field work and interviews across the country for my recent book, which examines how Americans cope with economic struggles amid stagnant wages and rising costs of living.

Nearly everyone I interviewed worked multiple service industry jobs. Yet I didn’t meet anyone who thought of themselves as poor.

More commonly they referred to themselves as the struggling class: They struggle economically and hold an often unfounded hope that things will get better. But you can’t work your way out of poverty in low-wage jobs.

Low-wage jobs in the 21st century are not only the lowest rung on a career ladder, they are often the only rung.

Across the country, millions of low-wage workers like Chase struggle to pay their bills each month, despite holding multiple jobs.

“I’m fine,” Chase told me. “I don’t consider myself poor … I guess I would say I am struggling a little bit. For me, people who don’t have food are poor. Or someone who can’t feed their kids, or you might not have running water or even electricity. You don’t have the right things you need to even survive.”

Chase was not unusual in his assessment of poverty.

The economic struggles of millions in the United States are erased by the federal definition of the poverty line and by outdated conceptions of low-wage work.

A recent study by the Brookings Institution defined low-wage work as a median hourly wage of $10.22, or $17,950 per year. By this measure, 44% of all workers in the U.S. are low-wage earners.

In 2021, according to the National Low Income Housing Coalition, a worker needs to earn $20.40 per hour to be able to afford a modest one-bedroom apartment anywhere in the country. That’s an annual salary of $40,800 – more than twice what Brookings refers to as the median wage for low-wage work.

Federal data shows that roughly 51% or workers live on less than $35,000 annually. Low wages, unreliable hours and a lack of benefits have come to dominate the U.S. economic landscape.

To understand the economic hardship that more than half of Americans face, it is critical that researchers shift their thinking away from an outdated federal measure of poverty. Instead, they should focus on measures of self-sufficiency.

The Economic Policy Institute, a nonpartisan think tank, provides a Family Budget Calculator that calculates measures of economic self-sufficiency across the country.

The organization provides a transparent estimate of what it costs to be economically self-sufficient. It is not a calculation of poverty.

The calculations are based on Department of Agriculture data such as food costs and Fair Market Rent, a measure developed by the Department of Housing and Urban Development to determine payments for housing assistance programs.

In southeast Ohio, the self-sufficiency budget for Chase provided by the Economic Policy Institute calculator is $34,545 – more than twice what he earns and nearly three times the federal poverty line.

If Chase lived in San Francisco, his economic self-sufficiency budget would be $69,072. Across the bay in Oakland, California, it would be $57,383. Keep in mind that the federal poverty line for a single person living anywhere in the U.S. is $12,760.

Self-sufficiency calculations vary by region. For example, self-sufficiency for this same family of four in Athens County, Ohio, would require an income of $72,284; in the Sioux City metro area of South Dakota, this family would need $78,935 to meet all of their basic needs.

Self-sufficiency measures are not perfect.

The Economic Policy Institute calculations do not consider debt, which can be significant. Further, the calculation relies on Fair Market Rent, which designates regional rents in the 40th percentile as fair market. This means that in any area, 60% of housing is more expensive than Fair Market Rent.

Despite these problems, measures of self-sufficiency are more effective than the federal poverty line. By delineating the costs of basic expenses, they draw a far more accurate line of where poverty begins.

It might seem like a matter of common sense that the nation needs to calculate how much families actually need to spend on basic expenses in order to understand where poverty begins. But policymakers still rely on the federal poverty line for calculating economic safety nets. A measure of self-sufficiency would enable the nation to identify levels of economic need as they exist – and therefore to establish effective safety nets.