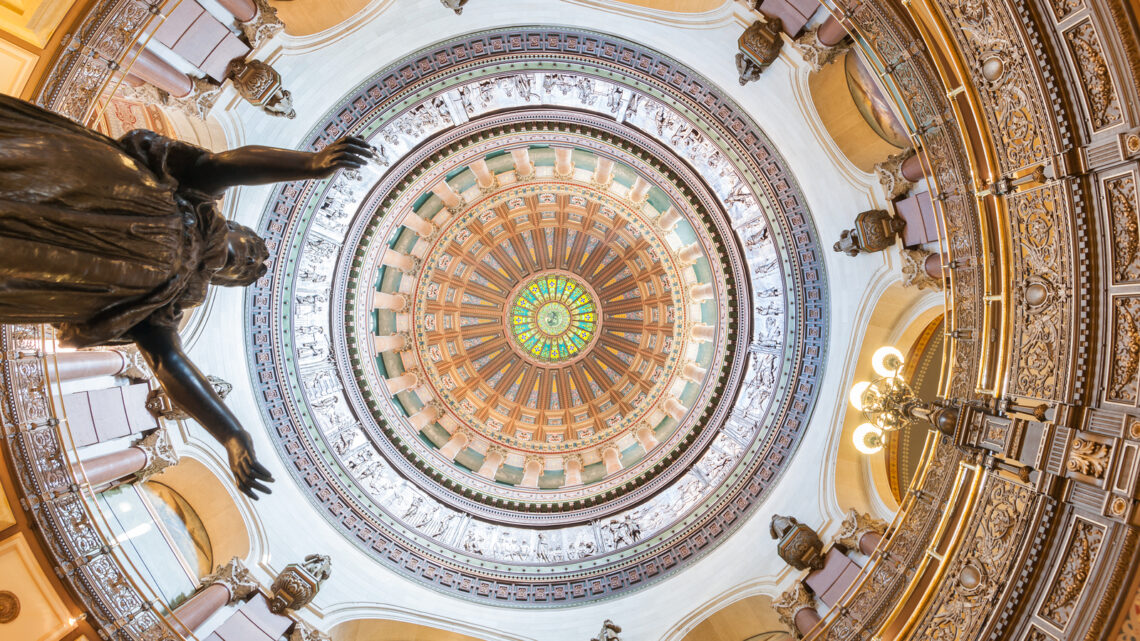 The Illinois legislature is poised to send Gov. J.B. Pritzker an annual spending plan that could be about $1 billion out of balance, Republicans said.

“There are no tax increases in this budget,” Harris said. “We pay down $2 billion in debt and we pay our interfund borrowing. We fully fund the evidence based [K-12 school funding] model.”

Harris said the budget spends $42.3 billion based on $41.3 billion in revenue. Republicans say that represents a $1 billion deficit.

The Illinois Chamber of Commerce said that equates to a slew of tax increases on job creators without any spending restraint from the state.

“The so-called ‘loophole’ closures are nothing more than tax increases on employers that target, in particular, the manufacturing sector which has lost 50,000 jobs in the last two years,” the Chamber said in a statement. “These changes make the Illinois tax code go further outside of the mainstream of state tax policy. Job creators will undoubtedly react negatively.”

As to how to use billions in federal taxpayer dollars the state is set to get, Harris said just $100 million will go to pay interest on the Unemployment Insurance Trust Fund, not to the $5 billion debt employers say the fund is experiencing .

“Not in this particular budget, but that’s certainly a topic of conversation going forward, I think,” Harris said.

“Lawmakers are divvying up tens of billions of dollars in state and federal revenue while small businesses – the engine driving Illinois’ economic comeback – are about to be stuck with a nearly $5 billion tax bill in the form of huge hikes in unemployment taxes brought on by the pandemic shutdowns,” Grant said. “Using more of that $8 billion in federal money to repay our debt and shore up our unemployment trust fund will relieve some of the pressure on lawmakers to raise taxes on small businesses and other employers, making it easier for them to recover from the COVID-19 recession.”

Harris said hundreds of millions of federal tax dollars will be for industries like tourism and hospitality and violence prevention.

“We have a billion [dollars] of new capital projects that have been available but it appears that it was only known that those projects were available or eligible for requests from Senate Democratic and House Democratic caucus,” Demmer said.

“Certainly would be happy for you to come talk,” Harris said.

The budget passed the House along party lines.

The next budget year begins July 1.

This article was originally posted on Unemployment debt not in state budget, but closing tax incentives included