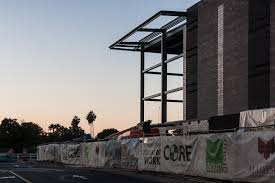 Editor’s note: This article is a collaboration between Arizona Center for Investigative Reporting and KJZZ. It is eligible for republication by partner news organizations only with express permission.

Included in the $10.4 billion budget passed by Arizona lawmakers and signed by Gov. Doug Ducey earlier this month are massive changes to how public schools will be allowed to hire builders for large construction projects, as well as harsh new penalties for malfeasance that occurs during the selection process.

Some in the construction industry, which was not consulted on the changes and fears a return to a system that prioritizes cost above outcomes, say the changes are a legislative overreaction to scandals that have roiled the Scottsdale Unified School District since late 2017.

“My understanding is that what happened in Scottsdale was illegal under existing law and is being investigated and pursued by the attorney general,” said Mark Minter, president of Arizona Builders Alliance. “Perhaps we should have seen how that played out before we tried to change the laws for the entire procurement system.”

The most significant change involves how construction companies will be selected. Beginning July 2019, instead of using a process that allows districts to subjectively score and select a construction manager to manage the entire project, builders will be selected based solely on who promises the lowest cost.

Other provisions aim to prevent undue influence over the procurement process by restricting who gets to be part of the selection process and banning gifts given by contractors to district officials.

The legislation marks a shot across the bow from lawmakers who say they see problems in the school construction industry and want to be sure taxpayers are getting maximum value from expensive construction projects.

“It was all aimed at trying to address corruption in financial management and procurement practices,” said House Speaker J.D. Mesnard, R-Chandler.

The new law directs the State Board of Education to formally draft and adopt rules for the system, but specifies that they must achieve certain specific outcomes:

The law authorizes the attorney general to investigate and interview people under oath if there is a reason to believe any of the yet-to-be-written rules have been violated.

Charter schools will be exempt from the new rules.

Mesnard said the changes are in direct response to a scandal in Scottsdale Unified School District, in which the district’s superintendent and other district officials were discovered to have financial ties to an architect who was given a large construction project.

Hunt & Caraway, the architectural firm selected by the school, had paid the district’s superintendent $30,000 in 2016.

Documents also showed that Hunt & Caraway was paid, and the company’s executives knew the firm would receive the contract, before the district had finished its selection process.

The revelation led to the firing of the superintendent and other district employees.

“We don’t want to see what happened in Scottsdale happen in other places,” Mesnard said. “We want to avoid corruption. We want to make sure that taxpayer money is being spent wisely. That we’re being good stewards, essentially.”

But Minter, of the Arizona Builders Alliance, said the changes were made without consulting stakeholders in the construction and architecture industries. Had lawmakers done so, Minter said industry experts would have warned them about the dangers of returning to a low-bid system like what Arizona used until the late 1990s.

Many public works projects ended up in lawsuits, he said, because a low-bid environment creates an “instant adversarial environment” between architects, contractors, subcontractors and project owners – in this case, school districts.

“It becomes a dog fight over the last dollar,” Minter said. “That’s where we end up in lawsuits, and mediations and all these things that drive up everybody’s total cost and don’t enhance the quality of the projects.”

Rebekah Morris, the publisher of Arizona Builders Exchange, a construction trade publication that tracks public procurements, said the changes to the procurement laws for school districts will, ironically, lead to increased costs because of litigation.

“It is counter productive. You’re going a huge step backwards if this actually does take effect,” she said.

Morris said one particular concern with the new law is that there is no definition of “qualified bidders.”

“It could mean anybody with a contractors license,” she said. “It doesn’t mean they do quality work. It just means that they passed a licensing test and they have maintained a minimum bonding requirement with the state.”

Mesnard said he expects the State Board of Education will define “qualified bidders” when it crafts the rules to implement the law.

AZCIR and KJZZ reported in 2017 on the interwoven financial relationships between a small group of architects, construction companies and subcontractors and the school districts in Maricopa County where the companies seek business .

The investigation showed that, between 2013 and 2016, architects, construction firms and subcontractors accounted for nearly all of the financial contributions made to Maricopa County districts’ bond and override campaigns. If voters approved the property tax increases, they funded construction projects sought by the builders.

AZCIR found that nine companies – three architecture firms, three construction firms, and three subcontractors – accounted for half of all public school procurement awards in Maricopa County for bond-related projects. Those same companies gave nearly 60 percent of the money raised by school bond and override campaign committees in Maricopa County during those years. Overall, construction companies accounted for roughly 90 percent of all campaign giving for such campaigns.

Morris said she has been paying close attention to the school procurements since 2015, and the pattern of awarded contracts indicates something other than standard competitive bidding.

“It is too few (companies) for a market this size,” she said. “No matter what other market you look at, there is less concentration and much more diversity in which companies are awarded contracts.”

Minter, of the Arizona Builders Alliance, disagreed with Morris. He said market concentration occurs in every industry.

The construction manager at risk (CMAR) and job order contract (JOC) procurement methods currently in use by school districts leaves open the possibility that the contractors can manipulate the market, Morris said.

Both methods have a subjective selection process that allow other factors to be considered in addition to overall cost. Additionally, CMAR gives the company hired to manage the project wide discretion over which other contractors end up working on a project.

If contractors were manipulating the market, Morris said, the results of AZCIR’s 2017 analysis is what it would look like.

“This can’t be explained by an actually competitive procurement process,” she said.

Between now and when the new law goes into effect in July 2019, Minter said he and other construction industry advocates plans to meet with lawmakers and discuss how more nuanced adjustments to the existing CMAR and JOC systems can be implemented while still keeping them in place.

Mesnard said he is open to altering the new law when the legislature reconvenes in January 2019.

“I’m sure this won’t be the end of the conversation (on) procurement in school districts,” he said.

Help AZCIR do more to keep you informed.

Impacts to health, livelihood continue 1 year after toxic mine spill in Mexico