Please ensure Javascript is enabled for purposes of website accessibilityIn financial crisis, NYC cut $707M from its education budget. These programs will feel the effects. – Capitol Hill Pulse Skip to the content 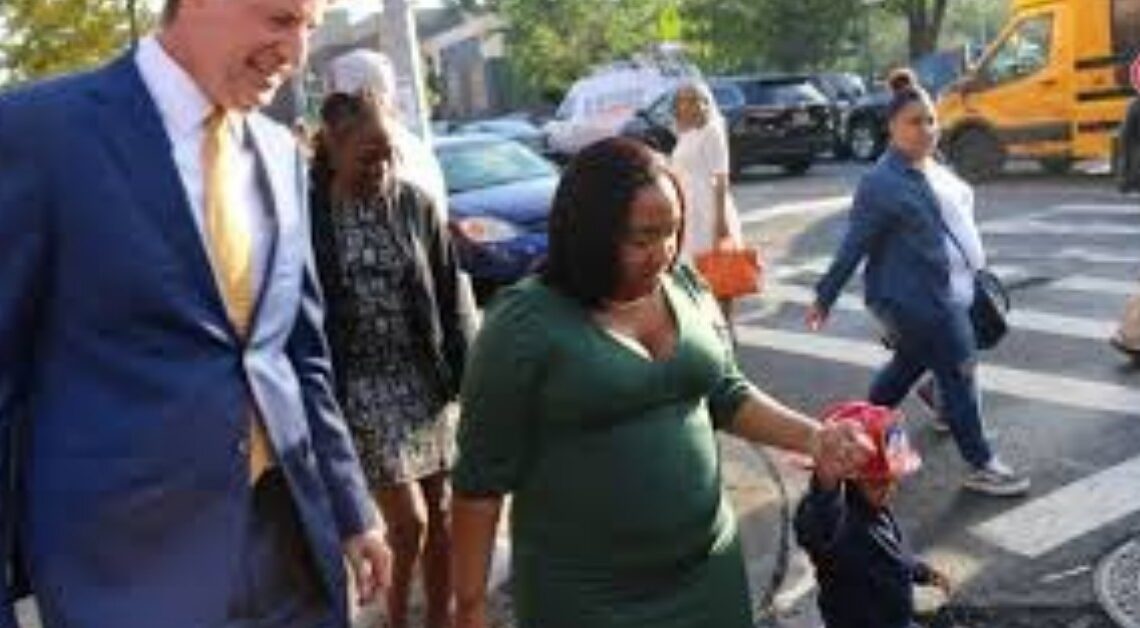 In financial crisis, NYC cut $707M from its education budget. These programs will feel the effects.

In financial crisis, NYC cut $707M from its education budget. These programs will feel the effects. was originally published by Chalkbeat, a nonprofit news organization covering public education. Sign up for their newsletters here: ckbe.at/newsletters 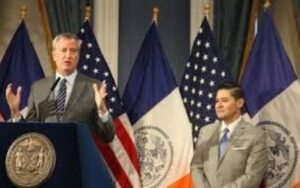 The city’s education department took a $707 million hit in the new fiscal year, including $65 million more in budget cuts than Mayor Bill de Blasio proposed in the spring.

While the budget saved a few big ticket items the mayor originally planned to slash, it cut back on or eliminated several programs that directly affect teachers, students, and school leaders.

The economic fallout from the coronavirus pandemic helped fuel a $9 billion citywide budget shortfall. Coupled with nationwide protests that followed the police killing of George Floyd, de Blasio and the City Council faced pressure this year to back away from proposed cuts to education and social services. In June, city lawmakers agreed to transition school safety officers from the NYPD to the education department.

In the current fiscal year, which began July 1 and runs through June 30, 2021, the department’s budget will total just over $27 billion —  about 3% less than the year before. Additionally, New York City has received less state money than last year, since state lawmakers replaced some of its contribution to districts with the exact amount they are expected to receive in federal coronavirus relief dollars. The state could choose to cut additional money from local budgets if its own fiscal crisis grows.

Initially, in April, Mayor Bill de Blasio proposed nearly $642 million in new education cuts. Public school advocates decried two big parts of that: $100 million in reductions to Fair Student Funding, a city funding formula that sends more dollars to schools with high needs, and $11 million in cuts for Single Shepherd, a program providing counseling to middle school students. Public advocacy helped restore those components in the final budget, along with $5 million for school social workers. Some principals told Chalkbeat that their school budgets are not as tight as expected, but they are still facing tough decisions, such as cutting after-school programs or electives.

“This budget reflects our commitment to schools amidst the incredible fiscal challenges that the entire city faces and we are tirelessly advocating for help from the state and federal government,” Katie O’Hanlon, a spokesperson for the education department, said in a statement.

But other reductions remained once the budget was finalized on July 1. Here are some of the education cuts that made it into the final budget.

A hiring freeze across the education department, proposed in April, is expected to save at least $56 million this fiscal year, according to budget documents. Schools in need of more staff can turn to the Absent Teacher Reserve, a controversial pool of educators who remain on the city payroll but do not have permanent positions.

Still, the freeze will likely present a staffing challenge for many school leaders who need more teachers to oversee smaller cohorts of classes this fall, as they plan in-person and remote schedules.

Because of budget constraints, Suzy Ort, an assistant principal at Park East High School in East Harlem, said her school will eliminate some sections of various elective classes, such as financial literacy and popular English electives, including poetry and practical philosophy. These sections were taught by teachers who were paid more to pick up an extra class, she said.

“So instead of having two sections of that, we’ll have one section of it, so fewer kids get to pick that class,” Ort said. “There’s gonna be far fewer classes offered.”

Ort added that the hiring freeze means they’re unable to hire a new parent coordinator whom they’d hoped to bring on right before the pandemic hit.

“We have been in discussion with the [education department] — can we get an exemption for the parent coordinator position, which is pretty important in this whole mess?” Ort said, referring to the pandemic.

The final budget erases Teacher’s Choice, a program that reimburses teachers and other school staff, including social workers and literacy coaches, for certain classroom supplies. Teachers received reimbursements up to $250.

The $20 million program, which was previously zeroed out in 2011 after the last recession, is on a “one-year pause” and will be reevaluated for the future, according to the education department. That’s despite “strong objections” from the United Federation of Teachers, said the city’s teachers union, which told its members in a note that it “will fight hard” to restore those funds next year.

Queens teacher Jillian Gruber said she relied on the reimbursement program over the past five years she has taught K-2 students at a District 75 school, which serves children with significant disabilities. She has taught students with autism, who require many “sensory tools,” so she bought play foam and Play-Doh, as well as Legos, puzzles, and books.

She’s now turned instead to crowdsourcing donations to cover the cost of supplies. She said she will “get by” this school year and is more concerned with schools having enough face masks. Still, the program cut is hard to swallow as she prepares to teach third-, fourth, and fifth-graders for the first time.

“I understand why it was taken away, but at the same time, I’m setting up a brand new classroom with a new grade level and kids with new abilities,” Gruber said.

Councilman Mark Treyger, chair of the education committee, said he learned at the last minute that the program would be cut. Administration officials previously said that Teacher’s Choice was not on the chopping block, Treyger said. City Hall spokesperson Laura Feyer said the cuts were discussed with the Council’s finance committee “in a timely way.”

“It’s really shameful,” Treyger said. “As we’re pushing for federal money and state assistance, that is an item that I am absolutely prioritizing that has to be restored.”

Treyger said he ultimately voted for the budget because he wanted to meet the legal deadline to pass a plan. Missing the deadline would allow the state’s Financial Control Board to assume control of the city’s finances.

Uncertain future for some community schools

About $9 million, year over year, was cut from the community schools program, which provides wraparound services for high needs students at 267 schools. Last fiscal year, these schools received about $222 million in city, state and federal dollars, according to city records.

These schools, which the city publicly celebrated just six months ago, forge contracts with community-based organizations to provide a range of services, such as academic help, mental health counseling or free eye screenings. While the city cut a baseline $6 million, it did not restore another $3 million that supports contracts at 20 of the community schools, according to community organizations at those schools, who said they fight to restore those dollars annually.

The loss of that $3 million means those 20 schools could lose access to their services, said Yolanda McBride, director of public policy for Children’s Aid, which serves six of those schools. The Coalition for Community Schools Excellence, a group of nonprofits providing wraparound services, also estimates that the $6 million overall cut could close wraparound programming at another 14 community schools — unless the cuts are spread evenly across community schools.

“These cuts hurt, especially for a program that has such a positive impact on the lives of the young people it touches,” wrote Chris Caruso, senior executive director at the Office of Community Schools, in a July 1 letter to community organizations and schools. “We are still working on exactly what they mean to our programming, and which schools will be impacted.”

A department spokesperson said last week that the cut is a “general reduction” of spending on these contracts but did not specify further, and a City Hall spokesperson said a decision about what will be cut is “still under discussion.” Community organizations, which are pushing city leaders to restore this funding, said news of the cuts came as a complete surprise and still remain in the dark.

Neugebauer has still not heard how, if at all, Cypress Hills will see cuts to their city contracts, which total about $818,000.

“Right now we serve over 1,000 families in those schools, so we would have to reduce services, whether that means cutting mental health services, cutting the enrichment after-school activities, tutoring,” Neugebauer said. “It’s just a very big cut, so it would have to be collaboratively decided on.”

This was another last-minute cut, Treyger said. When the budget negotiations team meets again this summer, Treyger said he plans to make a pitch to restore the funds.

Tightening up supports for schools

The department’s borough field support offices, which help schools with professional development, hiring, and budgets, services for English language learners and students with disabilities, and safety issues, among other matters, will see $20 million in cuts this fiscal year.

Treyger had called for cuts to these offices in the spring. He said he didn’t want schools to take more direct financial hits, especially with a hiring freeze and the possibility of layoffs across city agencies in the fall.

“The chancellor argued that he needs to have systems and structures in place to support schools,” Treyger said. “My respectful counter-argument to this is, if you have fewer teachers working in schools and they’re excessed, I don’t know who they’re supporting.”

Many had joined Treyger in calling for more central office cuts. But the move may present some challenges for school leaders. Ort, the Park East assistant principal, said her school often leaned on the “really, really great” team at their support center in Manhattan.

“We call them for a ton of things: help with purchasing, help with programming, help with budget, and our team happens to be really good,” Ort said. “[The cut] was really troubling to hear, like hopefully those people aren’t going anywhere.”

Most teaching will remain virtual this fall. Is NYC working fast enough to improve it?