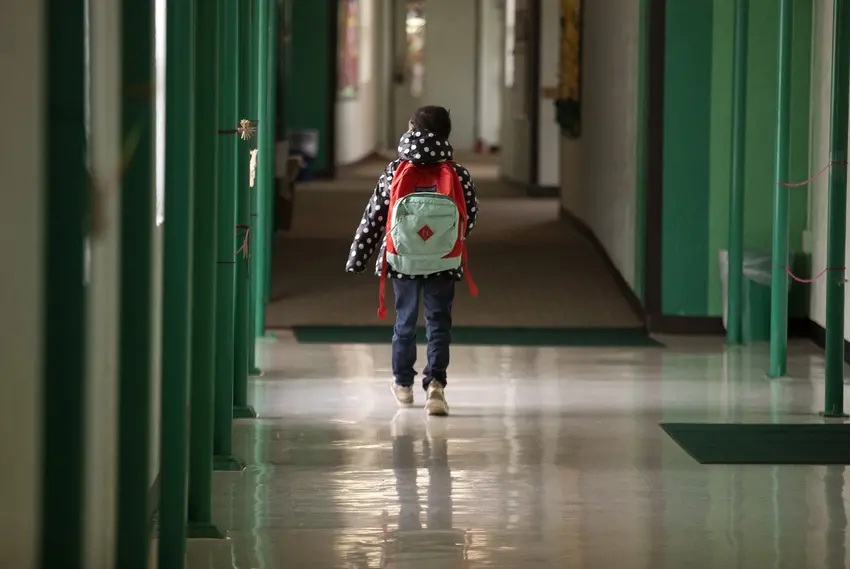 Need to stay updated on coronavirus news in Texas? Our evening roundup will help you stay on top of the day’s latest updates. Sign up here.

In a statement Friday, Gov. Greg Abbott said local health authorities can shut down schools if there’s evidence of an outbreak after students return to campus — but cannot shut them down weeks before schools open.

His statement backs a legal opinion released by the Texas attorney general Tuesday.

But Abbott, who issued the statement with top education officials, said school districts could apply for waivers to keep their buildings closed beyond the state’s eight-week maximum if they believe they need one. The Texas Education Agency will review those requests on a “case-by-case basis,” according to the statement.

“Local health authorities play an important role in school closure determinations during the course of a school year if it is determined that a contamination has occurred necessitating closure, but local health authorities do not have the power to issue preemptive, blanket closures of schools weeks or months in advance of when a school may open its doors to students,” the statement reads. Lt. Gov. Dan Patrick; House Speaker Dennis Bonnen; state Rep. Dan Huberty, who chairs the House education committee; and state Sen. Larry Taylor, who chairs the Senate education committee, also signed on to the statement.

This statement, which comes more than a month after Texas first ordered schools to reopen classrooms this fall, is the most clear Abbott has been on the issue to date, after school superintendents and parents begged him to weigh in on when and how schools would resume this fall.

“The [TEA] is committed to providing necessary flexibility for school districts to ensure schools are able to educate students while maintaining the health and safety of all students, teachers, staff, and families,” said Texas Education Commissioner Mike Morath in a separate statement Friday.

The TEA has been revising its guidelines piecemeal over the last month, gradually giving school districts more and more flexibility on when they can reopen their buildings. At first, school districts only had three weeks after their start date to limit in-person instruction before they had to admit everyone who wanted to come back to campus.

Under pressure from educators terrified for their safety, the TEA later revised guidance to give districts up to eight weeks to limit in-person instruction and slowly increase the number of students they brought back. They also clarified that local school boards could push back their start dates and allowed districts to offer hybrid in-person and remote instruction for high school students to reduce the number of students on campus at once.

In the meantime, local health authorities, watching their cases rise, issued a series of orders banning schools from offering in-person instruction through August, or in some cases September. While some school superintendents were glad to have the local orders and the additional flexibility from the state, other public and private school leaders were upset to be banned from offering in-person instruction.

Virtual instruction is especially challenging for the large number of students who do not have access to internet or devices, and need services such as food and medical care from their schools.

The TEA at first said it would continue to fund school districts that stayed closed under these mandates. But Texas Attorney General Ken Paxton muddied the waters this week when he released a legal opinion saying local health authorities could not legally issue blanket orders closing schools in their jurisdictions.

The TEA said the same day that it would not fund unlawful school closures.

State leaders’ statement Friday appears to clarify that local health authorities may close schools if COVID-19 is spreading through their buildings, but not in advance. Districts may also close campuses for up to five days to sanitize after a COVID-19 case is confirmed and will be funded for providing remote instruction.

“It is clear that school boards can and should work collaboratively with, but not be subject to the advance directives of, local public health authorities, to ensure a safe and effective learning environment for Texas students,” the statement reads.

“Today’s message attempts to reassure school districts they have the power to make the best decisions for their communities, but it provides no real assurances of support, guidance, additional funding, or resources from the state. The statement does not help school districts in any tangible manner,” said the Association of Texas Professional Educators in a statement Friday.

The pandemic could force schools to shut down “numerous times” over the next school year, and the guidance does not clarify whether they will be funded in those cases, the association said.

And Manny Garcia, who heads the Texas Democratic Party, called Abbott’s decision “reckless” and a “death sentence,” as well as a repeat of his self-admitted mistake of opening bars too early this spring.

Disclosure: The Association of Texas Professional Educators has been a financial supporter of The Texas Tribune, a nonprofit, nonpartisan news organization that is funded in part by donations from members, foundations and corporate sponsors. Financial supporters play no role in the Tribune’s journalism. Find a complete list of them here.

“I truly thought last Friday was gonna be my last,” says Texas lawmaker who was hospitalized for coronavirus

Beer, doughnuts and a $1 million lottery – how vaccine incentives and other behavioral tools can help the US reach herd immunity