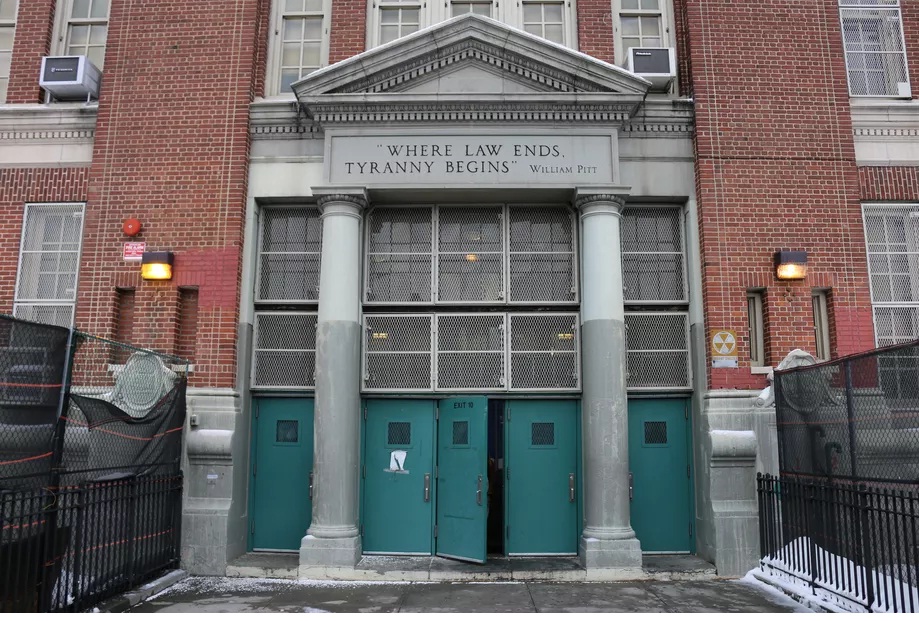 Here’s what NYC classrooms, school buses, and cafeterias might look like this fall, per new state guidelines

Here’s what NYC classrooms, school buses, and cafeterias might look like this fall, per new state guidelines. was originally published by Chalkbeat, a nonprofit news organization covering public education. Sign up for their newsletters here: ckbe.at/newsletters

The New York state education department’s new guidelines for schools suggests that everything from the way classrooms are set up to how lunch is served to where students sit on the school bus will have to change to make returning to class safer in the fall.

The guidance makes clear the complexity involved in opening the state’s schools, which have been shuttered since March to help stem the coronavirus pandemic.

Shared materials, such as clay in art classes, are not recommended. Schools might want to consider installing barriers between bathroom sinks and placing tape on the floors to indicate which way to walk or where to stand. Districts will need plenty of safety gear, too. The state recommends stocking five disposable masks per week, per teacher. New York City employs some 75,000 teachers, though a significant portion of them may be given permission to work from home because of health risks.

Coming in at about 135 pages, the state’s guidelines bring a raft of policy requirements, health advice from medical leaders, best practices in the classroom, and suggestions for school leaders to think about, all in one place.

School systems are required to submit their blueprints to the state for safely reopening buildings, an enormous challenge for New York City, the country’s largest school system. With more than a million students enrolled in public schools, the city is planning for a part-time return to campuses, with students attending in-person classes between one and three times a week. Those plans are due to the state education department by July 31.

Ultimately Gov. Andrew Cuomo will decide during the first week in August whether New York City can open for in-person instruction. He has said that regions must stay under a 5% infection rate in order to reopen schools.

Ian Rosenblum, executive director of the Education Trust New York, an advocacy group, said he’s encouraged by the state’s focus on serving and connecting with more vulnerable students. For example, the guidelines emphasize communicating regularly with parents and doing so in their home language.

“The state is expecting school districts to address critical equity issues,” he said. “The guidance makes clear that schools have to consider educational equity alongside health and safety as schools reopen this fall.”

Here are some highlights from the state’s guidance:

New York City has yet to release any details for how 150,000 children who rely on school buses will be transported to class this fall, but the state’s guidelines make it clear that there is plenty to consider. It’s recommended that riders from the same households sit together and windows are opened to allow for more ventilation so long as the temperature outside is above 45 degrees.

Schools must have a designated person who will make sure that both students and staff have completed daily health checks that ask parents to confirm their child hasn’t had a fever or other COVID-19 symptoms. Teachers will also be asked to disclose whether they’ve been in close contact with someone who has tested positive for the virus. Multiple entrance points and scheduled drop-off times are encouraged.

Once inside the classroom, teachers might want to consider keeping windows and doors open, so long as it’s safe. Don’t expect groups of desks; the state guidelines recommend arranging seating so that everyone is facing the same direction to minimize the risk of spreading the virus through talking.

Even safety drills will involve more logistical planning. In the event of a real emergency, the state tells schools not to worry about social distancing. But for practice, fire drills, which are still required, might be staggered and lockdown drills should be done in a way that maintains social distancing.

For many students, their favorite parts of the day are special classes such as art, band, and physical education. All will require considerable changes to make them safer in the age of the coronavirus.

Instead of students leaving the classroom to attend such classes, teachers may rotate in and out, to avoid crowded hallways during transitions. Additional space between students is required in chorus or band, with 12 feet of separation and class held outdoors if possible -— though New York City schools Chancellor Richard Carranza has suggested it’s unlikely those classes will go on in the fall.

Art instruction may do away with shared supplies, such as clay, while frequently-touched items including scissors might be packaged for use by individual students, the guidance recommends.

Physical education classes are still required, but with a greater emphasis on individual tests of strength or accuracy such as dancing, kicking, or running, rather than team sports.

Don’t bother packing an extra cookie in your child’s lunchbox — sharing should be discouraged at mealtime, according to the state’s guidelines. There won’t be any salad bars, while ketchup and other condiments should be available in individual packets only. Schools are encouraged to consider grab-and-go meals for pickup, and to set up an online ordering system to prevent lines at the cash register.

If students are eating in the cafeteria, they should stay within their own pre-set cohorts and still have enough room for social distancing.

The state’s guidance emphasizes that schools should focus on mental and emotional health. One suggested way to do that is by dedicating more time than usual to an orientation period before diving into academic content, allowing students and teachers to build connections with each other. There are also recommendations for supporting the adults in the building with mentorship and training opportunities.

Teachers may want to work in teams to check-in on cohorts of students regularly, according to the guidance.

If someone gets sick

New York City has not yet outlined specifics for what will happen if someone in a school community tests positive for the virus. Before schools closed in March, the city’s protocols around informing schools of positive cases and closing them down was fiercely criticized and became the subject of at least one investigation.

The state’s guidance recommends that school healthcare workers have at least two rooms accessible — one for treating sick people and one for healthy students who need bandages or regular medication.

If someone is suspected to have the virus, or tests positive, state and federal guidelines recommend waiting 24 hours, if possible, before disinfecting the areas used by the person. Those who were not in close contact with the person can return to school once the cleaning has happened.

Federal guidelines will also apply for those returning to school after being out sick, but who do not have COVID-19. Students and staff can return 24 hours after a fever subsides without the use of medication.

Most teaching will remain virtual this fall. Is NYC working fast enough to improve it?