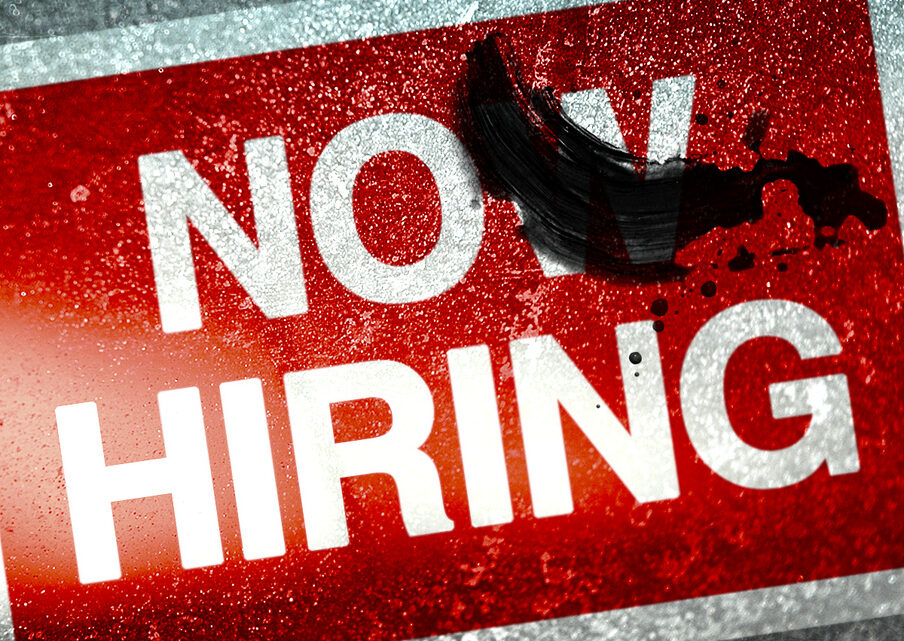 Some don’t know what they’ll do when federal unemployment assistance ends Sept. 4

With federal unemployment assistance ending in New Mexico on Sept. 4, Albuquerque resident Rhiannon Chavez-Ross worries she could lose her house.

A single mom with two children, Chavez-Ross lost her party and event business when the COVID-19 pandemic began. She said she received a Paycheck Protection Program loan of less than $1,000 for her business last year and she has been on unemployment benefits since the early days of the virus’ spread. But, she said she has had to supplement her unemployment relief with money from her savings. Now, with the benefits ending and her savings drained, she said she doesn’t know what she will do.

“My stress levels are through the roof,” she told NM Political Report.

Chavez-Ross is among 29,104 New Mexicans who will lose their federal unemployment benefits on Sept. 4 who will have no other unemployment assistance available, Felipe Guervara, a workers’ rights attorney with New Mexico Center on Law and Poverty, said.

He said that if neither the state nor the federal government try to mitigate the loss of unemployment assistance, New Mexico could see more people living in unhoused situations, more people could become reliant on food banks as well as on other government benefit programs such as the Supplemental Nutrition Assistance Program (SNAP). Some families could struggle to stay together, he said.

“They may have to break up sometimes so the children can stay in places where there can be food and a roof. It’s going to cause a lot of suffering,” Guervara said.

James Jimenez, executive director of New Mexico Voices for Children, said children of color and women will likely suffer the most when the federal unemployment ends.

“Some of the data we’ve seen already indicated that children of color are suffering from things like food insecurity already,” he said. “I think that the level of which people are being impacted by the pandemic is clearly not equal across genders, not equal across income spectrums, not equal across race or ethnicities. Because of that, we know women of color and women generally have been harmed more.”

The state is “flush with cash” right now, Jimenez said. He’d like to see some of that money go to continue to help individuals in the state who are still unemployed.

Nora Meyers Sackett, press secretary for Gov. Michelle Lujan Grisham, said in an emailed response that the state is “amplifying its job connection services” through the New Mexico Department of Workforce Solutions.

She said the DWS job search programs “help New Mexicans safely get back to gainful employment.”

But Guervara said expecting people to get back to work is not really that simple and is a “false expectation.”

“That is a laughable amount,” he said.

Regular state unemployment also lasts for 26 weeks or about 6.5 months, Guervara said. For those who ran out of that relief around a year ago, the federal government provided a second program called the Pandemic Emergency Unemployment Compensation (PEUC and PEUC-A), which extended those state benefits for unemployed workers.

A third program, called the Pandemic Unemployment Assistance (PUA), has provided unemployment to people like Chavez-Ross who might not have qualified for regular state unemployment because of the nature of their job.

For Chavez-Ross, it was because she owned her own business. The program also aids people who are gig economy workers, independent contractors and others who did not have standard 9 to 5 jobs before the pandemic began.

The fourth federal unemployment program is called the Mixed Earner Unemployment Compensation (MEUC) which provides an additional $100 a week in supplemental unemployment income for workers who might have had multiple side hustles and, because of that, might not have qualified for regular state unemployment insurance.

Ross-Chavez said she has applied to 50 to 55 jobs just in the last three weeks alone and that because she has not been in a 9 to 5 job in several years, she worries that employers disregard her application.

“I’m trying to be optimistic and tell myself I have 13 years of office experience. But I’m discouraged after putting in this many applications and not hearing anything,” she said.

She said she did land one interview but she was told she was overqualified for the position.

Chavez-Ross said she is applying to jobs out of state and, as a matter of last resort, she may have to start selling off her business inventory in an effort to try to survive.

Jimenez said there could be a variety of reasons why workers may not be able to find employment during the ongoing pandemic. He said he’s “skeptical” of the argument that there are a lot of available jobs out there.

He cited safety issues during the pandemic, childcare issues and the fact that many retail and restaurant jobs do not provide a living wage as reasons why those jobs may be going unfilled.

Even though Chavez-Ross does not have a family who can help her during this difficult time, she knows she is not alone. She manages a Facebook group for people who are struggling with unemployment. She said it has 3,000 members.

Chavez-Ross said she is starting to apply for jobs that are “outside her realm,” but she has a poor immune system so “COVID is always a concern for me.”

“Not all of us can just reopen, some of us are still in debt from it. It’s not easy to close down for a year and pick back up where you left off. There are still some people who need help out there,” she said.

This article was originally posted on Some don’t know what they’ll do when federal unemployment assistance ends Sept. 4

Do US teens have the right to be vaccinated against their parents’ will? It depends on where they live