Please ensure Javascript is enabled for purposes of website accessibilityTexas has banned abortions at about six weeks. But the time frame for pregnant patients to get one is less than two. – Capitol Hill Pulse Skip to the content 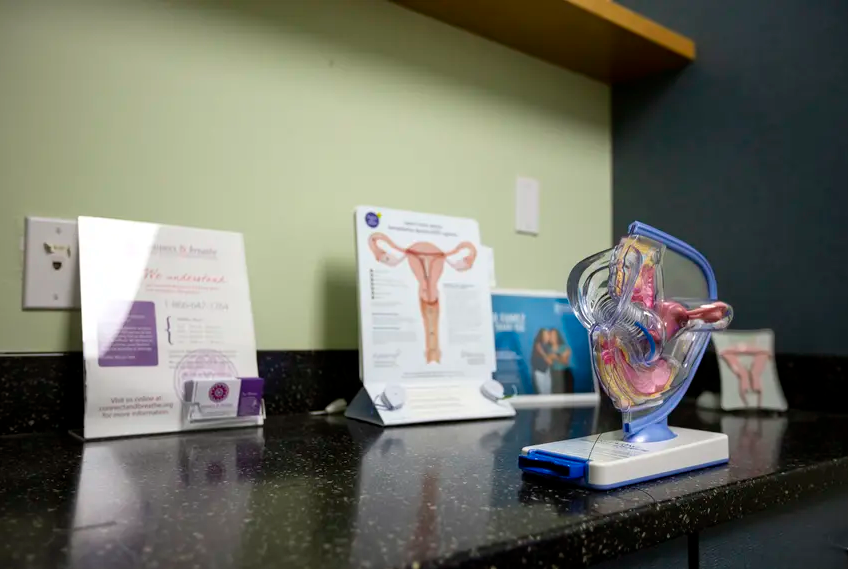 Texas has banned abortions at about six weeks. But the time frame for pregnant patients to get one is less than two.

Texas’ new stringent abortion law has been described as a ban on abortions that kicks in as early as six weeks of pregnancy.

It’s a characterization politicians have clung to, with Gov. Greg Abbott using it to defend why the law doesn’t exempt victims of rape or incest.

“Obviously, it provides at least six weeks for a person to be able to get an abortion,” he said Tuesday, arguing it doesn’t force those victims to carry their pregnancy to full term.

But in reality, the time frame to get an abortion is much shorter, even if someone realizes they are pregnant right away. And in Texas, more than 80% of abortions happened after the six-week mark.

Measuring the length of pregnancy

​​The new law does not actually provide a specific time frame for someone to get an abortion but does stipulate that one cannot occur once cardiac activity is detected. That happens around roughly the sixth week of pregnancy.

But calling it strictly a six-week ban fails to take into account the nuance in circumstances many people face when it comes to pregnancy, according to medical professionals and leading medical organizations.

For one, medically, the length of pregnancy is not typically measured from the date of conception. Instead, the new law notes, “pregnancy is calculated from the first day of the woman’s last menstrual period.” This statement lines up with the typical way doctors initially work to determine gestational age, according to The American College of Obstetricians and Gynecologists.

But this traditional method assumes a person has regular periods that normally occur about every 28 days, or four weeks. Many women have more irregular periods.

And ovulation, or when an ovary releases an egg, usually occurs about two weeks after the end of a woman’s last menstrual period.

“So on the day that you’re actually ovulating, sending out the egg, and you have a chance for conception, by convention we’re saying that you’re two weeks pregnant at that point,” said Dr. Rachel Breedlove, who practices obstetrics and gynecology at St. David’s South Austin Medical Center. “So, I think it’s really confusing for non-medical people to understand how could you be two weeks pregnant? But we’re dating it from the last period, not from the date of conception.”

About two weeks from conception, and four weeks from their last period, someone could potentially test pregnant after missing the start of their new period. However, unless someone is intending to get pregnant or closely monitoring their period, it’s unlikely they’ll know they’re pregnant within this neat time frame.

For people with irregular periods, their cycle’s unpredictability can make it even trickier to determine gestational age or detect if their period is late.

“Most of us do not have clockwork cycles,” Breedlove said. “So what do most people do? They wait five to seven days, and so then a lot of people are not even testing until a week after that missed period.”

So what’s the real window of time someone has to get an abortion under the law?

At the most, a person would have about two weeks to determine if they want to terminate their pregnancy or not under the law. However, medical professionals have said the likely timespan is even shorter.

There are a handful of reasons the window for termination could be condensed. For example, if a person opts to do a pregnancy test about a week after they’ve missed a period, which is not uncommon, that shortens the window. Also, in light of the new law being implemented, some abortion providers in the state have stopped performing abortions at the risk they will face legal action, meaning some people may have to scramble to obtain an abortion out of state.

Under previous Texas law, an ultrasound must be a performed 24 hours before a person receives an abortion, condensing an already limited window of time and requiring a person to make two visits. During the ultrasound, the doctor has to describe sonogram images to the person and also check for any presence of cardiac activity. Some interpretations of the new law suggest another ultrasound would need to be done at the second visit to confirm cardiac activity hasn’t developed.

“So, that further compresses this timeline because now you have to have two visits,” said Dr. John Thoppil, president of the Texas Association of Obstetricians and Gynecologists. “… There have been cases already since this law’s been in effect where somebody went in and the next 24 hours cardiac activity progressed and they were unable to proceed.”

When can pregnancy be detected via ultrasound?

Usually the earliest that pregnancy can be detected in the uterus through ultrasound is around the five-week gestation period, Breedlove said.

Doctors normally don’t do an ultrasound that early unless it’s a high-risk pregnancy.

ACOG recommends receiving an ultrasound within a person’s first trimester, which is about the first 13 weeks of pregnancy, as the most accurate method to determine gestational age. Breedlove said based on the patients she sees, most come in for their ultrasound at around eight weeks. Some people also may wait even longer and receive their first ultrasound during their second trimester, or at about 18 to 20 weeks pregnant, according to the nonprofit March of Dimes, which focuses on the health outcomes of mothers and babies.

Under the new law, abortion is not permitted once an embryo’s “fetal heartbeat” or “cardiac activity” is detected. The law states that “cardiac activity begins at a biologically identifiable moment in time, normally when the fetal heart is formed in the gestational sac,” a fluid-filled structure that surrounds an embryo during early weeks of development.

Experts have said, however, that the “heartbeat” moniker politicians have used in the bill is misleading, saying it’s not a proper medical descriptor. Although cardiac tissue starts developing in the early weeks of pregnancy, an embryo does not have a fully developed heart by six weeks gestation, when cardiac activity is usually first detected via ultrasound.

“You can’t see anything structurally that looks like a four-chambered heart but you can see a flicker [of it],” Breedlove said. “… Usually around five or six weeks, we’re just barely able to see it, and it’s really too small for us to be able to put a speaker to it and to be able to really hear.”

How developed is an embryo at six weeks’ gestation?

At about six to eight weeks’ gestation, an embryo is at most about a centimeter, according to some doctors.

“It almost looks like a tadpole, in terms of what the embryo looks like at this point,” Thoppil said. “So you’re seeing kind of in the center of that this flicker of motion, and that’s that cardiac activity.”

Although cardiac activity can be detected around six weeks’ gestation, Breedlove said it’s easier to hear the actual heartbeat around the eight-week mark.

“We put basically a Doppler detector where we see that heartbeat flickering and then we can turn on the speaker and then you can hear the blood moving, and so that’s the heartbeat that most people are able to hear and that’s usually more at the eight-week mark,” she said.

This article was originally posted on Texas has banned abortions at about six weeks. But the time frame for pregnant patients to get one is less than two.

Texas bans storage of highly radioactive waste, but a West Texas facility may get a license from the feds anyway