Please ensure Javascript is enabled for purposes of website accessibilityIn fight against Texas GOP’s voting bill, options are limited for Democrats in Congress and the White House – Capitol Hill Pulse Skip to the content 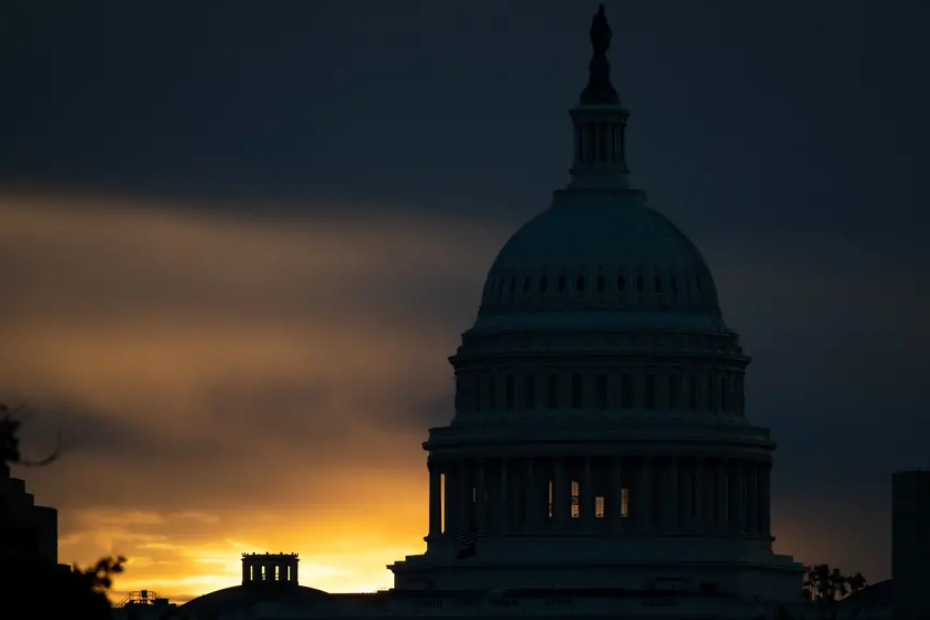 In fight against Texas GOP’s voting bill, options are limited for Democrats in Congress and the White House

WASHINGTON — In the wake of their successful gambit to block state legislation that would have scaled back voter access to the polls, Texas Democrats are looking to the federal government to be their last line of defense when Republicans inevitably revive their push on the issue.

But even as Democrats control Congress and the White House, those hopes face long odds.

Texas’ legislative leaders are determined to pass a Republican bill that would enact new restrictions on voting or narrow the latitude local officials have to run elections. The Democrats’ dramatic walkout of the Texas House on Sunday will likely only delay that effort until at least summer, when state lawmakers are expected to convene for a special session. And despite national Democrats’ state desire to do something to protect voting rights, the weakening of the federal Voting Rights Act and the filibuster in the U.S. Senate limit what they can accomplish.

In Senate Bill 7’s most recent form, the Republican-backed legislation in Texas would have restricted 24-hour voting, drive-thru voting and voting on Sunday mornings; tightened the rules for voting by mail; and increased access for partisan poll watchers. Democrats view all of these as a means to set back access to the ballot, particularly for voters of color.

Civil rights groups have warned lawmakers over the last few months that the bill’s provisions possibly violate federal safeguards for voters of color. As the bill neared the finish line, Harris County leaders indicated they were prepared to take the state to court if it were to become law. And House Democrats previously put the Department of Justice on notice after a committee rewrote SB 7 without notice and without public input in what they called “grave deviation from standard operating procedure.”

In the lead-up to the walkout, most of the state’s Democratic Congressional delegation wrote to U.S. Attorney General Merrick Garland to push him on how the Department of Justice was preparing to review or challenge the bill if it became law.

But one key tool for the DOJ to intervene was eliminated eight years ago, when the U.S. Supreme Court gutted a provision of the Voting Rights Act of 1965 known as preclearance.

A section of that landmark civil rights law required states and jurisdictions that have a history of voter suppression to clear changes to their voting rules and political maps with the federal government to ensure they didn’t harm voters of color. In 1975, Texas joined that group, and since then, voting legislation and redistricting plans had to be approved by the Justice Department in the preclearance process.

Congress repeatedly reauthorized the law over the years with bipartisan backing. The most recent extension came in 2006, when Republicans controlled Congress and George W. Bush was president. That bill passed unanimously in the Senate, with the support of the Texas’ two senators at the time, John Cornyn and Kay Bailey Hutchison. The House version of the bill passed 390-33. Most of the Texas delegation backed the legislation, with the exception of six House Republicans.

That reauthorization was supposed to last for 25 years.

But in 2013, the U.S. Supreme Court ruled that the section of the Voting Rights Act pertaining to preclearance was no longer necessary. Chief Justice John Roberts pointed toward racial progress in politics as proof. He did, however, leave room for Congress to pass a more modern version of the law that would address more recent instances of discrimination in voting restrictions.

In a separate letter last week, the entire Texas Democratic congressional delegation cited the proposed Texas bill as its main exhibit in calling for the U.S. Senate to act on federal voting legislation that would significantly reform elections and bring back preclearance.

“Since the Supreme Court invalidated key provisions of the Voting Rights Act in 2013, Texas has passed, defended, and implemented a number of election laws that have added barriers for communities to access the ballot box,” the members of Congress wrote.

“… The bills that the Texas legislature is prioritizing this session would close polling places in communities of color, foster intimidation of voters with disabilities as well as those who have limited English proficiency, and reduce opportunities for early voting.”

There is no other state where the elimination of preclearance will prove more consequential than Texas. Decade after decade ahead of the Supreme Court’s 2013 ruling, federal courts found state lawmakers intentionally discriminated against voters of color in their political mapmaking by diluting the power of their votes. The 2021 redistricting cycle will mark the first time in nearly half a century that lawmakers will have a free hand at drawing the next congressional and legislative maps without the possibility of the Justice Department preemptively overruling their district lines.

In the last decade, preclearance also kept Texas from immediately implementing its stringent voter ID law when it was passed in 2011. Federal courts later found lawmakers intentionally discriminated against Hispanic and Black voters in selecting the short list of IDs voters needed to present in order to cast their ballots. The law was slightly rewritten as a result of the legal intervention.

“Without this federal intervention, we will be open, we would be left exposed to the continued assault on our rights,” said state Rep. Nicole Collier, D-Fort Worth, at an online town hall hosted by several Dallas-Fort Worth-area Democratic officials Thursday night.

There are two bills in Congress that would restore preclearance, but both face long odds. The most sweeping is the For the People Act, which passed the House earlier this year by a 220-210 vote, with the Texas delegation falling along party lines.

That bill would expand automatic and same-day voter registration, voting by mail and early voting and would limit removing voters from the voter rolls. Furthermore, the bill would call for independent redistricting commissions in all states, which would take that power from the Republican-controlled Texas Legislature. It would also enhance election security by sharing intelligence with local officials administering elections and require candidates for president and vice president to release 10 years of tax returns.

A second, more narrowly tailored bill called the John Lewis Voting Rights Advancement Act has yet to pass either chamber but is far narrower in scope. It would create a formula that would pass muster with the court and bring back preclearance.

There is little optimism that either bill will pass the U.S. Senate. While Democrats have a narrow majority in the Senate — there are 50 senators from each party, and Vice President Kamala Harris serves as a tie-breaker in capacity as president of the Senate — most of the party’s legislative priorities are dead on arrival due to Senate traditions.

While Senate bills only need a simple majority to pass, 60 votes are needed to put a bill on the floor. Both parties have implemented a legislative maneuver called the filibuster in recent years, which enforces that de facto 60-vote threshold.

It is highly unlikely that there are 60 votes for a voting bill, and two Democratic senators — U.S. Sens. Joe Manchin of West Virginia and Kyrsten Sinema of Arizona — have refused to do away with the filibuster.

President Joe Biden lamented Tuesday that his options are limited on issues like voting while the filibuster remains in place.

“Well, because Biden only has a majority of effectively four votes in the House, and a tie in the Senate — with two members of the Senate who voted more with my Republican friends,” he said.

Despite the frustration in Texas, Democrats say they will keep Texas at the forefront of the national debate on voter access.

“If they want to steamroll folks in Georgia and go to Florida and steamroll them,” said Martinez Fischer, the state legislator. “If they steamroll us in Texas, they’re just going to march across this country until everybody loses their voting rights.”

This article was originally posted on In fight against Texas GOP’s voting bill, options are limited for Democrats in Congress and the White House