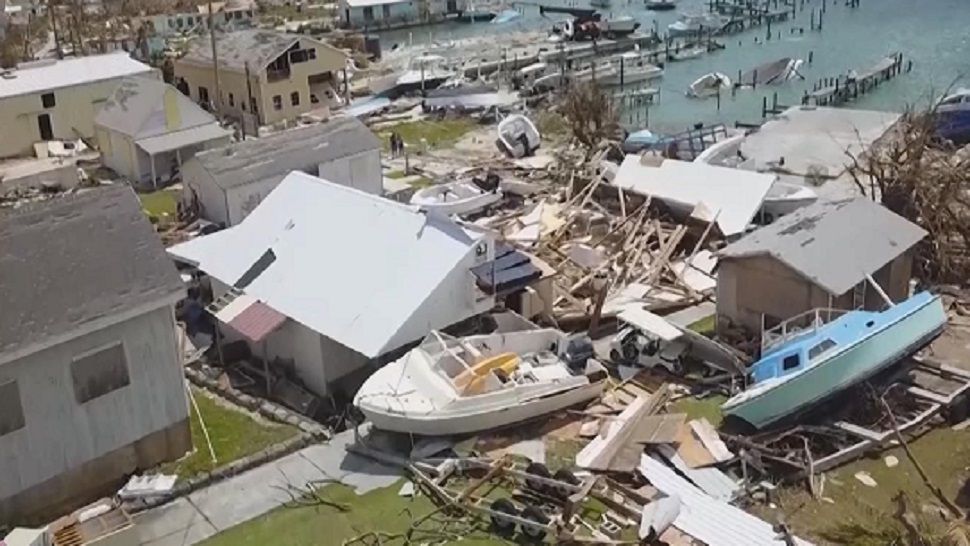 The National Oceanic & Atmospheric Administration (NOAA) is forecasting its seventh-consecutive “above average” hurricane season with up to 20 named storms battering the Atlantic between June 1 and Nov. 1.

Florida has been fortunate without a hurricane crashing ashore since Hurricane Michael in October 2018, dodging all of last year’s 30 named storms that made 2020 the most active Atlantic hurricane season on record.

This year’s forecast, while still “above average,” calls for a milder mean season than those of recent vintage in the Atlantic.

“Although NOAA scientists don’t expect this season to be as busy as last year, it only takes one storm to devastate a community,” Acting NOAA Administrator Ben Friedman said Thursday when the agency announced its forecast.

NOAA’s outlook calls for a 60% chance of an above-average season with 13 to 20 named storms. The average for a season is 14 named storms.

All the forecasts are based the El Niño-Southern Oscillation (SNSO) which surfaces in warmer waters in the Pacific Ocean and can temper hurricane activity. La Niña is the opposite. An “ENSO neutral” forecast means neither factor is at play.

According to NOAA, the Atlantic is experiencing “ENSO neutral conditions,” which could change as the season progresses by hotter sea-surface temperatures, slower trade winds and a more active west African monsoon season.

“La Niña conditions have ended and NOAA forecasters estimate about a 67% chance that neutral conditions will continue through the summer,” the agency said. “The ENSO forecast for the fall is less confident, with odds of a second-year La Niña currently hovering around 50–55%.”

With hurricane season a little more than a week away, it is uncertain if the Federal Emergency Management Agency (FEMA) has the available manpower to respond.

The agency is responding to 121 major disasters nationwide, including 54 stemming from the COVID-19 pandemic, last year’s California wildfires, this spring’s flooding in Kentucky and even from 2018’s Hurricane Michael — FEMA announced last week $36.33 million in Florida grants to reimburse recovery expenses, Including $25 million for the West Florida Electric Cooperative Association for repairs to hurricane-damaged electrical grids.

Nearly three-fourths of emergency managers are already deployed to disaster zones, the agency says, and three of 53 senior leadership capable of coordinating missions are available to be deployed to a new disaster.

FEMA’s union chief Steve Reaves in an April letter to Congressional lawmakers said the agency needs more resources to augment its staff and newly confirmed FEMA Director Deanne Criswell has identified employee burnout as a major issue in meetings with staff and lawmakers.

“As we prepare for hurricane and wildfire seasons, or whatever nature brings us, I am committed that FEMA employees will have the tools needed to continue our support of ongoing missions while ensuring that our deployed work force has time to rest and train to be ready for what comes next,” Criswell said in a statement.