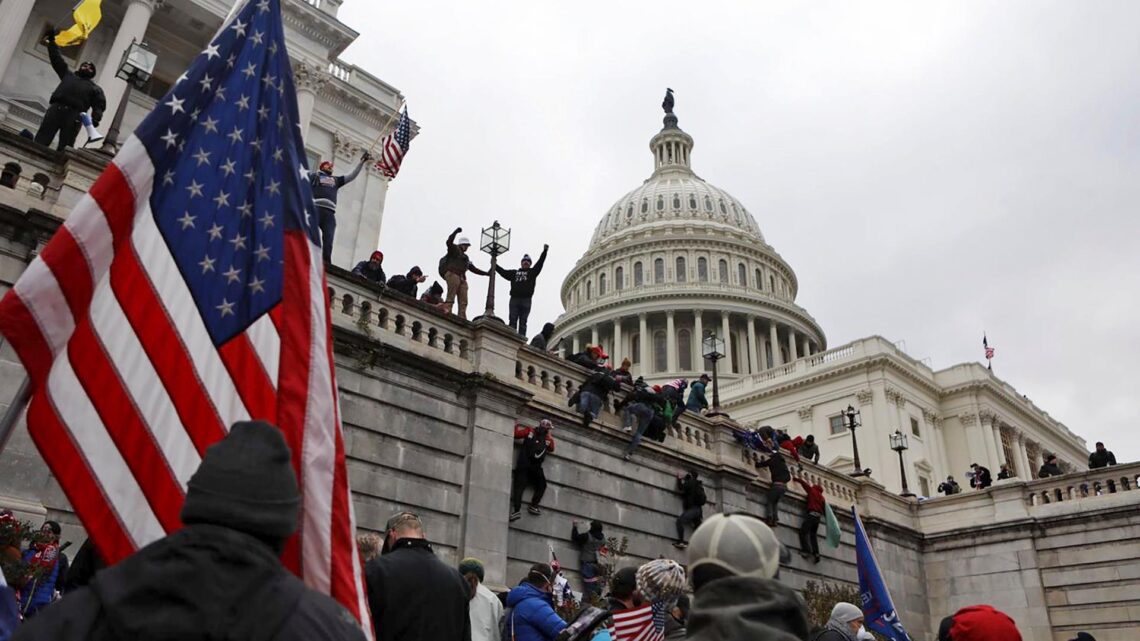 The one-year anniversary of the storming of the Capital Building in Washington, D.C. prompted Washington state Gov. Jay Inslee to say he was looking for sponsors for a bill to make it a gross misdemeanor for an elected official or candidate to lie about election results.

Inslee’s wish has since become reality in the form of Senate Bill 5843, which had its first reading on Thursday.

“We have to realize, unfortunately, it’s not just in other states; it is right here in Washington state, this ongoing effort,” Inslee said at the Jan. 6 Associated Press Legislative Preview. He called former President Donald Trump’s attempts to contest the electoral college results a “coup effort.”

But does SB 5843 fly in the face of the First Amendment’s provision against government “abridging the freedom of speech”?

Inslee gave a hint of his thinking at the legislative preview when he answered a question about the constitutionality of his proposed law.

“I believe it will be constitutional because we understand that this speech is the type of speech that will promote violence,” the governor said.

Hugh Spitzer, professor of law at the University of Washington School of Law, expanded on Inslee’s likely reasoning.

“That’s actually not so easy a question as one might think,” Spitzer said in an email responding to The Center Square asking about the constitutional validity of the legislation. “In Brandenburg v. Ohio, the U.S. Supreme Court in 1969 outlined some rules for when speech can be criminalized. The key is whether the speech is meant to cause ‘imminent lawless action.’”

He went on to note, “I can tell that the drafters of this legislation had Brandenburg in mind, because the bill says a candidate can be criminally responsible for words that ‘are directed to inciting or producing imminent lawless action and such statements or claims produce such action….’”

In fact, the Washington state bill is more stringent in making a distinction between speech and action than the Brandenburg decision, Spitzer pointed out.

“I think that could be drafted in a way to track Brandenburg even more closely, but it’s pretty close for starters,” he said. “One thing that’s interesting is that the bill requires that someone actually take lawless action as a result of the words, and Brandenburg doesn’t specifically require that. So the proposed legislation is in that sense tighter than Brandenburg.”

Still, according to the professor, it’s an uphill battle linking action directly to speech.

“The practical question – which you might pose to a prosecuting attorney – is how easy or difficult this would be to successfully prosecute,” Spitzer said. “It’s a very high standard of proof, so I think prosecutions would occur once in a very blue moon.”

As an aside, he said, “Perhaps the only example I can think of where someone gave a speech and maybe meant to incite people to engage in lawless action AND resulted in lawless action, would have been the speeches by former President Trump and some others on January 6.  But those would be hard to prove too!”