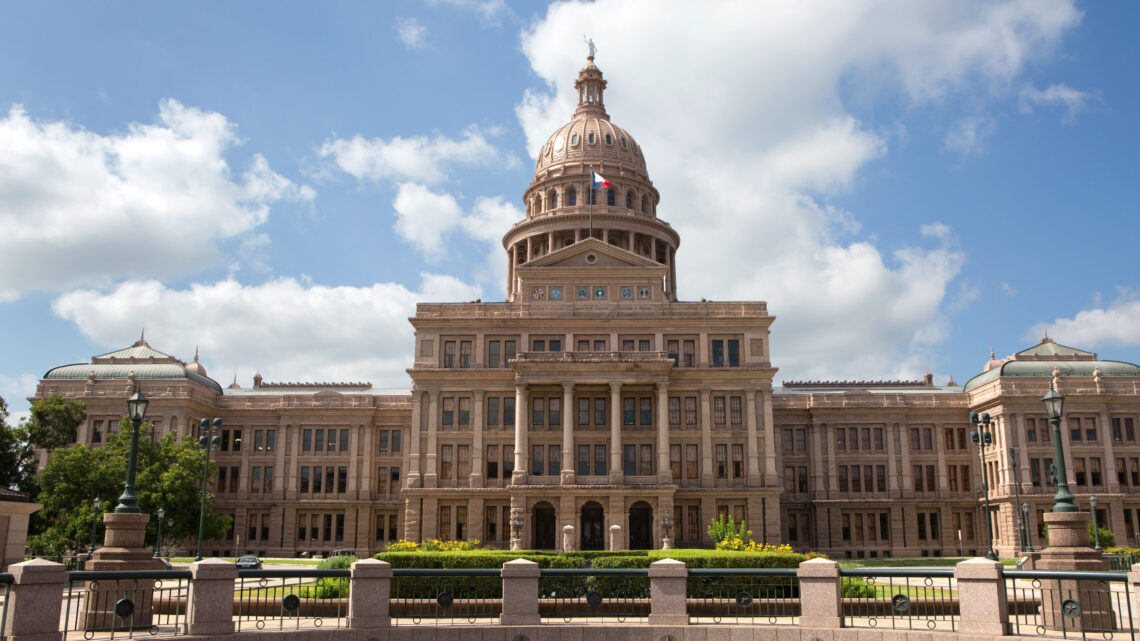 Texas’ top Republican leaders are already on a collision course over a special legislative session.

Since House Democrats staged a walkout that killed Republicans’ priority elections bill for the regular session, the governor and the leaders of the state House and Senate have diverged notably in interviews about how they are planning for the overtime round.

The three Republican leaders — Gov. Greg Abbott, Lt. Gov. Dan Patrick and House Speaker Dade Phelan — are showing tensions over how to approach the elections bill when it comes back up, what other legislation should be on the special session agenda and who is at fault for the failures in the regular session. They are also not on the same page with Abbott’s threat to block pay for the Legislature, with Patrick embracing it and Phelan raising concerns.

It remains to be seen how much time they have to work out their differences — and whether that recent veto threat by Abbott will force lawmakers back to Austin sooner than anticipated.

In a Texas Tribune interview Tuesday, Abbott declined to discuss the timing of the special session, the agenda beyond the elections bill and another priority bill that died in the House, and whether the special session would be in addition to a fall special session that he has already committed to for redistricting and federal COVID-19 relief funding.

“Stay tuned,” Abbott said repeatedly, declining to even discuss what factors he is taking into account as he is planning for the special session.

Abbott clarified in a radio interview Thursday morning that he plans to call two special sessions. One will be in September or October on redistricting and COVID-19 funds, he said, while there will be another one beforehand on Senate Bill 7, the bail bill and other issues he will announce later.

All three leaders agree that passing the bill to overhaul elections and voting in Texas is a priority.

The version of Senate Bill 7 killed during the regular session was an expansive piece of elections legislation that would have created new limitations to early voting hours, ratcheted up voting-by-mail restrictions and curbed local voting options like drive-thru voting.

The governor is hoping that once he calls a special session, lawmakers “understand the need for speed” on SB 7. He said he is “satisfied” with SB 7 as it is, and Patrick said in a radio interview Wednesday that Republicans are “not gonna soften the bill.”

In the interview Tuesday, Abbott said he was unaware of what GOP negotiators were calling an error in the bill — starting the Sunday early voting window at 1 p.m. rather than 11 a.m. But he said he would be “amenable” to fixing it. That could alleviate concerns that SB 7 would undermine “souls to the polls,” the longtime practice of Black churches encouraging congregants to go vote after Sunday morning services.

Phelan, however, said he would prefer to break the legislation into smaller pieces. A more piecemeal approach, Phelan said, could help members “feel more comfortable about what’s in each piece of legislation and give everyone a better opportunity to vet the ideas.”

Omnibus bills, he said, can sometimes “become just too weighty.”

But breaking up the bill could also prolong the process of getting the full package to Abbott’s desk — and give Democrats more opportunities to obstruct.

Whatever the election legislation looks like in the House during a special session, Patrick said Phelan needs to take a harder line against Democrats. Phelan told the Tribune earlier this week that he is “not going to lock the doors and arrest people, even though I have that ability.”

“This time, I hope the speaker won’t say, ‘Well, if you don’t like this bill, it’s OK to walk,’” Patrick told radio show host Mark Davis in an interview. “No, lock the doors or send the state troopers to get them.”

Democrats say Phelan should continue to recognize his role is unique from the governor and lieutenant governor, both of whom are elected statewide.

“The most important thing Dade can remember or do is to remember he’s not elected by Republican primary voters across the state,” said Rep. Trey Martinez Fischer, D-San Antonio, one of the Democrats who walked out. “He’s elected by House Democrats and Republicans. The decision making and the policy parameters will represent the will of the House, and I think that’s what’s important.”

Unlike in a regular session, lawmakers during a special session can’t deviate outside of legislation related to an agenda set by Abbott.

While Abbott has made clear he wants the Legislature to finish the job on Senate Bill 7 as well as another priority bill of his that died related to the bail system, he has not given lawmakers any additional guidance.

But before SB 7 died, Patrick was prodding Abbott to call a special session on three of his priority bills that died in the House. Those proposals sought to ban transgender students from playing on sports teams based on their gender identity, prevent local governments from using taxpayer funds for lobbyists and punish social media companies for “censoring” Texans based on their political viewpoints.

While Abbott has not committed to adding those items to the special session agenda, he has said he “strongly” supports them and expressed disappointment in the interview Tuesday that they did not survive the regular session.

“I worked on all three of those issues in both the House and the Senate,” Abbott said, “and I wanted to get ’em across the finish line.”

Patrick has also asked Abbott to include in any special session a proposal to outlaw gender-affirming health care for minors, which also died in the House.

“Republicans have rammed through a lot of partisan and needlessly divisive legislation this entire session,” he said. “I don’t know I would agree with the lieutenant governor’s characterization that somehow Democrats have had it easy in the House.”

Patrick has also called for using a special session to continue to push hard for direct ratepayer relief for residential power customers after the February winter weather crisis. On Sunday night, Patrick said the “next time we’re gonna spend billions of dollars concerning the storm, it’s gonna be to help the people of Texas and the ratepayers, or I won’t call that bill up.”

In the interview, Abbott did not commit to taking up direct ratepayer relief in a special session, but expressed openness to the idea.

“As it concerns any additional funding that could go to consumers, I’m always in favor of concepts like that,” Abbott said. “I would need to see how it would look to see if it would be in a position of something that I could support, but … put me on the side of consumers who suffered through this storm.”

Phelan has deferred to the governor in terms of what’s put on a special session agenda, though he did note in his interview that he thinks lawmakers “can go a little bit further” on electricity-related issues that surfaced after a deadly winter storm in February that left millions without power for days.

“I think there’s some more discussion that needs to occur about securitization and making certain that the grid is exactly how we need it to be in not just the summer months but winter months as well,” Phelan said.

Just before the Legislature gaveled out Monday from the regular session, Abbott said he planned to veto a section of the state budget that funds the Legislature. The move, he said, was prompted by Democrats walking out of the House Sunday. “No pay for those who abandon their responsibilities,” he tweeted.

Since the budget Abbott is referring to covers the fiscal year starting Sept. 1, Phelan said the Legislature could be back before then to deal with the issue.

And while the speaker said he understands Abbott’s frustration with some legislative priorities failing to pass, he expressed concern during an interview over how staffers and legislative agencies could be impacted by the move.

“I’m just concerned how it impacts them because they weren’t the ones who decided that we were going to break quorum,” Phelan said.

Abbott in an interview later Tuesday insisted he still plans to follow through on his veto, which he has until June 20 to do, and he fired back at Phelan. If the speaker is concerned, “he needs to do something about it,” Abbott said, adding that Phelan “needs to step up and get the job done.”

Patrick, for his part, has praised Abbott for his vow to veto that section of the budget, saying it will force Democrats to return for a special session to ensure staff gets paid.

“So if the Democrats don’t come back, they’ll have to fire everybody,” he told Davis, the Dallas radio host. “That will force them to come back, and while they’re back, we’ll pass those other bills.”

Post-session, Patrick has been pointing the finger at Phelan’s leadership in the House, which he says led to the need for the special session to finish their work.

He panned the speaker for adjourning the House for two days in late May amid crucial deadlines to pass legislation, telling senators at one point that the move killed some of the Senate’s key pieces of legislation.

Phelan has defended the House’s break, arguing that it was needed to ease quickly-escalating tensions between the two chambers and that it did not impact legislation like Senate Bill 7 from dying in the final days of session.

“We didn’t take time off, I think we just gave the Senate the opportunity to catch up on a lot of the House bills that were over there not being referred and not being heard,” Phelan said. “To their credit, they referred the bills, they heard the bills and they got them to the Senate floor. And then we came in on Sunday and we worked all night and into the morning to make certain that we caught up.”

In the interview Tuesday, Abbott declined to echo Patrick’s argument that Phelan was partly to blame for SB 7’s failure.

“I blame the people who walked out on their jobs,” Abbott said.