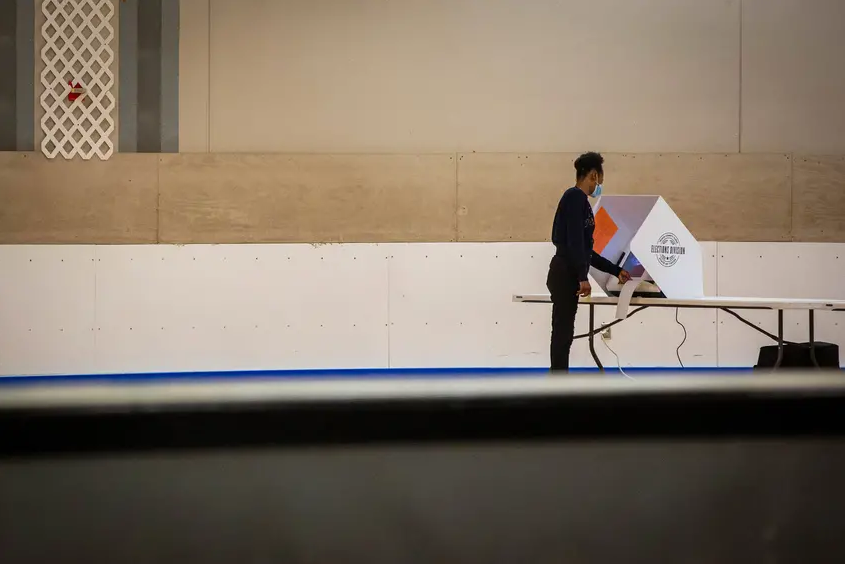 The Freedom to Vote Act — a pared-down version of a more sweeping attempt to pass federal voting legislation called the For the People Act — marks another effort by congressional Democrats to strengthen and expand voting rights across the country. This effort is a direct response to new voting restrictions enacted by several Republican-led state legislatures, including Texas’.

In a 49-51 vote, the legislation came short of the 60-vote majority needed to advance debate on the bill and avoid a Senate filibuster. This comes after Senate Minority Leader Mitch McConnell said Tuesday that it was his “hope and anticipation” that no Republicans would vote for the latest iteration of voting rights bill.

The Freedom to Vote Act aimed to overturn these restrictions, create a national standard for voter access, establish automatic voter registration and lift various state-level measures that hinder access to the ballot box. Further, the bill would have strengthened the regulatory powers of the Federal Election Commission, tightened restrictions on foreign interference in elections and modified campaign finance regulations.

Republican lawmakers say the voting restrictions are necessary to preserve election integrity and reduce voter fraud — an echo of former President Donald Trump’s baseless claims of fraud in the 2020 election. Trump’s own attorney general, Bill Barr, said there was no evidence of widespread voter fraud nationwide, and in Texas, an official with the secretary of state’s office said the 2020 election was “smooth and secure.”

GOP lawmakers also argue that states should be able to set their own voting rules.

Earlier this year, Cruz blocked a Senate vote on the For the People Act, stating on the Senate floor the bill “would constitute a federal takeover of elections” and represented a “massive power grab by Democrats.”

Congressional Democrats and voting rights advocates contend that the latest voting restrictions are partisan attempts to disenfranchise voters of color and suppress votes in urban areas.

Earlier this week, Rep. Colin Allred of Dallas signed a letter along with 39 other House Democrats addressed to the Senate insisting that the chamber pass the Freedom to Vote Act.

“America is strongest when our democratic institutions are strong, when they reflect and project the confidence of our people. The Freedom to Vote Act can fortify our democracy and bring Americans of all political stripes back into the town square, where the vitality of our ideas and experiences can be shared with respect, dynamism and hope for the future,” the members wrote.

Congressional Democrats have also looked toward the John R. Lewis Voting Rights Advancement Act to codify voting rights protections federally. The bill, which awaits a vote in the Senate, would also negate state-level voting restrictions in Texas and boost protections for voters of color by restoring federal oversight over new political districts, known as preclearance.

Following Wednesday’s vote Senate Majority Leader Chuck Schumer announced his plans to bring up the bill for consideration as soon as next week. Still, in the face of staunch GOP opposition, it’s unlikely to ever progress for a final vote.

Following Wednesday’s vote Senate Majority Leader Chuck Schumer announced his plans to bring up the bill for consideration as soon as next week. Still, in the face of staunch GOP opposition, it’s unlikely to ever progress past the Senate floor.

The failure of the bill is likely to renew calls for an exception or “carve-out” to the filibuster for voting rights legislation. However, any changes to the procedure would have to be accepted by Sens. Joe Manchin from West Virginia and Kyrsten Sinema of Arizona, moderate Democrats who have openly opposed filibuster elimination.