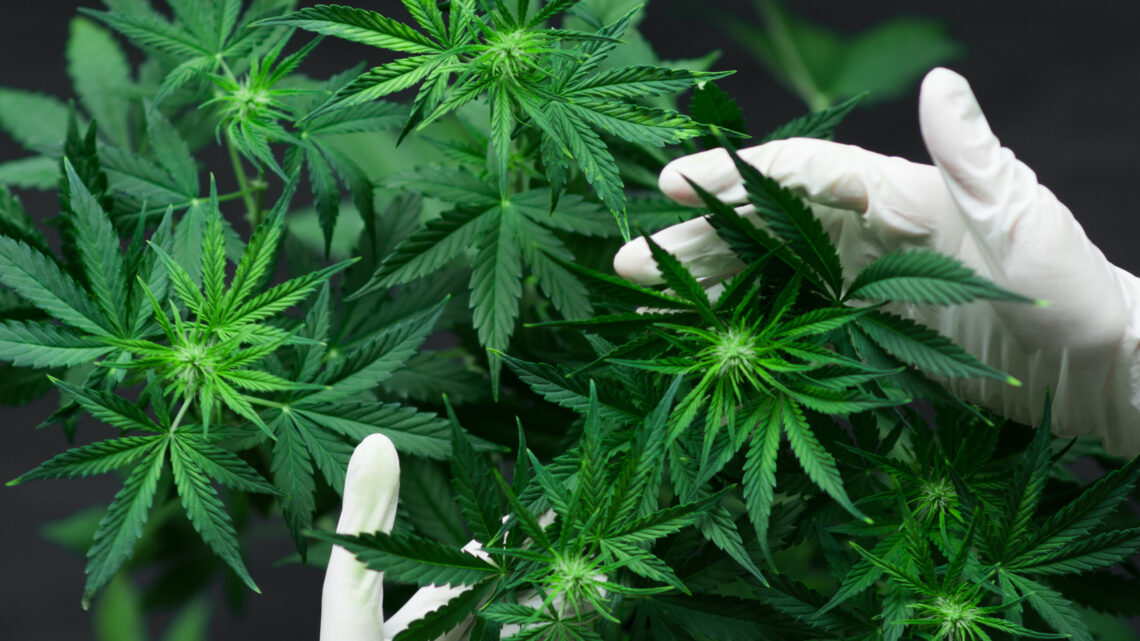 In about seven weeks, adult-use cannabis retail shops are expected to open for the first time in New Mexico. But local ordinances and permitting processes in the state’s most populous city are causing confusion for some that are hoping to be among those businesses that start selling non-medical cannabis on April 1.

Last week, the City of Albuquerque’s Planning Department announced that it would be accepting applications for “Cannabis Retail Location Approval,” and that any cannabis business that intends to sell cannabis to the public would need city approval. But at least two cannabis businesses were under the impression they were already approved for retail sales.

The cannabis business licensing process starts at the state’s Cannabis Control Division. That division requires certain information and approval from local jurisdictions before issuing a state license to grow, manufacture or sell cannabis.

Matt Muñoz, who is one of three owners of Carver Family Farm has seen first-hand the sometimes cyclical nature of licensure. Before Carver Family Farm could get licensed by the state, the company needed proof that its operations were in compliance with local zoning codes. After weeks of phone calls and letters, Carver Family Farm received a letter from a city zoning manager that stated the company’s location was approved for cannabis cultivation and sales.

“As of the date of this letter, November 3, 2021 Cannabis Retail/Cultivation is not prohibited at this location provided that the business is duly licensed by the State of New Mexico,” the letter read.

But after the Planning Department’s announcement last week and more phone calls, Muñoz said he was told that his company would have to secure a second business license in order to be approved for retail sales. But it seems that Muñoz was given incorrect information.

Interim Planning Director Alan Varela told NM Political Report that businesses like Carver Family Farm, which is considered a microbusiness, do not need to apply for location approval.

“The only thing that we’re doing new today is for a non-microbusiness, non-medical cannabis dispensary-type business,” Valera said.

Valera also made a point to say that location approvals are not permits, but a way to ensure new cannabis retail businesses abide by a city ordinance that requires they are a certain distance from schools, churches and other cannabis retail shops. State law requires cannabis retail stores are at least 300 feet from schools, churches or daycares. Last summer the Albuquerque City Council approved an Integrated Development Ordinance (IDO) that includes a requirement that cannabis retail shops be at least 600 feet away from each other, with the option for a conditional-use permit. But the council, in approving the IDO, made a point to exempt cannabis microbusinesses.

Muñoz said he wishes that the city did a better job of communicating the specifics as no one told him his business is exempt from the 600-foot distance requirement and that no one asked if Carver Family Farm is a microbusiness.

“I mean, it’s just confusing,” Muñoz said. “They need to figure this out, we’re less than eight weeks away from sales. It’s just causing even more confusion than the last time the city tried to do this.”

Further confusing matters and causing panic for business owners like Muñoz, was the announcement that the Planning Department would accept and approve applications for location approval “on a first-come, first-served basis.”

“When you use the language “first come, first served”, I am under the impression that if you get there first, you get it,” Muñoz said. “And if you’re not in line fast enough, you don’t get it. I think it causes this kind of, I don’t want to say panic, but it gives me anxiety that, ‘Am I actually going to get in the line fast enough to get my license?’”

But Valera told NM Political Report the “first-come, first-served” language was in reference to the 600-foot ordinance. For example, Valera said, if two businesses are looking to open their respective stores in the same shopping center, only one would likely be approved. But Valera said city mapping experts have determined that there is plenty of space in Albuquerque for cannabis retail businesses.

“It’s important to know that the separation requirement, in effect, creates a cap on the number of locations in the city,” Varela said. “But when our [Geographic Information System] people map that out, not particular locations, but spaces, there would be over 10,000 possible spaces within the city of Albuquerque. So, it’s going to be a long time coming before somebody says Albuquerque has no more space.”

But the city’s Planning Department announcement last week also caught the attention of one of the state’s largest medical cannabis producers. Ultra Health has several dozen dispensaries around the state and seven of those are in Albuquerque. Like many other existing medical cannabis producers, Ultra Health is working towards getting into the non-medical cannabis industry as well. Ultra Health’s president and CEO Duke Rodriguez said he too got conflicting information from what Varela told NM Political Report. Rodriguez said representatives of his company were told every existing Ultra Health location would have to apply for a location approval in addition to any new location the company opens.

“According to [Planning Department employees], no one is approved for adult use as of April 1. No one.” Rodriguez said.

Rodriguez speculated that inconsistent information given to him, Muñoz and NM Political Report is a result of a lack of planning by city leaders.

Rodriguez and Ultra Health have a long history of legal battles with state departments, namely the Department of Health, which oversees the Medical Cannabis Program. Some of those legal actions include requests for a writ of mandamus, which is a court order for an agency to carry out its ministerial duties. And Rodriguez said after waiting since November for approval for a retail location in Albuquerque, he’s ready to take the city to court as well.

“At this point, we probably have no option other than to pursue a writ of mandamus of some sort,” Rodriguez said. “I think we are trying to simply compel them to carry out their ministerial duty. That’s it.”

Adult-use cannabis sales, by law, have to start no later than April 1.