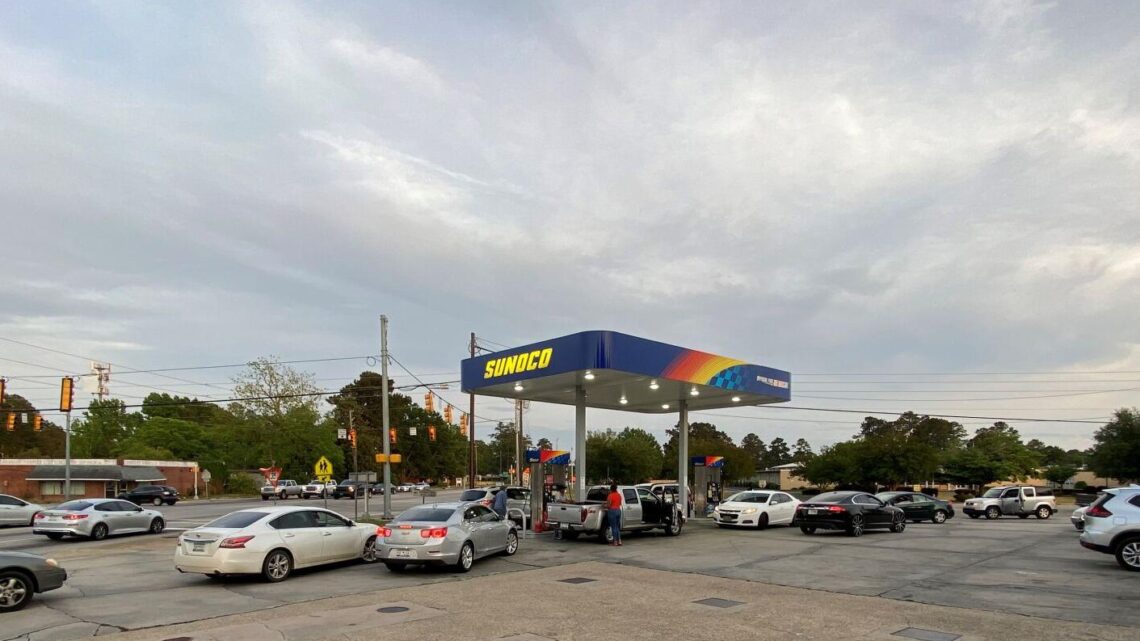 High inflation and rising gas prices are wreaking havoc on Colorado’s small businesses and consumers, according to industry groups.

Inflation in the Denver area was 7.9% between January 2021 and January 2022, and some business groups in the state worry that the worst may be yet to come after the U.S. moved to ban imports of Russian oil.

The average price for a gallon of regular gas in Colorado is nearing $4; a year ago it was $2.81, according to data from the American Automobile Association. This has been exacerbated by the Russian invasion of Ukraine, which pushed the price of crude oil to more than $100 per barrel for the first time since the early 2000s.

“Our entire economy is affected by skyrocketing gas prices,” Tony Gagliardi, Colorado state director for the National Federation of Independent Business, said in a statement. “Two [sectors] that come immediately to mind are small businesses that make deliveries and home health-care facilities that will have to wonder who will deliver such lifesaving supplies as oxygen tanks or even whether their employees can get to work and provide health care to patients.”

Gagliardi says one solution should be suspending the state’s 22-cent gas tax, which would provide businesses and consumers with some relief.

Diane Schwenke, CEO of the Grand Junction Area Chamber of Commerce, told The Center Square that businesses have to raise prices to cover increased costs, “which in turn can discourage customers and sales.”

“Many small businesses have just gotten back on their feet after the pandemic so losing sales once again due to circumstances beyond their control is really difficult,” Schwenke said.

One sector of Colorado’s economy that has struggled throughout the pandemic is the hospitality and food service industry. Nearly 9,000 workers were lost in the third quarter of 2021, according to the most recent labor market data from the Colorado Department of Labor and Employment.

Colorado Restaurant Association CEO Sonia Riggs told The Center Square that many restaurants are having to raise their prices to keep up with inflation, but this strategy is a double-edged sword since it could also decrease consumer appetite for eating out.

“It’s a perfect storm after two full years of pandemic repercussions, and restaurants are going to close as a result,” Riggs said.

More Black Americans Are Buying Guns. Is It Driving Up Black Suicide Rates?