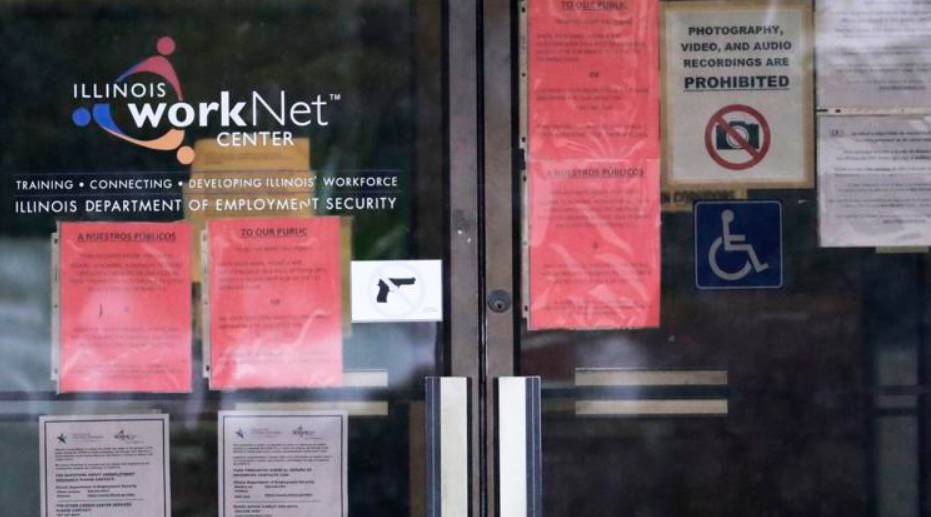 A recent report from WalletHub ranks Illinois as the 10th worst state in terms of unemployment recovery.

Another report from the Illinois Policy Institute found that Illinois lost over 7,900 total jobs over the last two months making it back-to-back months in which Illinois has seen a decline in job losses. This brings Illinois’s unemployment rate to 7.1% compared to the national average of 5.8%, according to the Wallethub report.

Jill Gonzalez, the communications director for the WalletHub, said that while Illinois is 10th in the nation in job recovery, the state ranks last among its neighbors in the midwest.

Illinois is one of the states that is still giving out an extra $300 in unemployment funds to its claimants.

According to the Illinois Policy Institute, 17% of unemployed Illinoisans found work over the last month while 19% have stopped looking for work completely.

State Rep. Adam Niemerg, R-Teutopolis, said the problem in Illinois has been going on for years and that the pandemic has only highlighted these issues.

When asked about what needs to change to help get the unemployment numbers down, Niemerg said the state needs to do two things first.

“First, you have to do away with the extra $300 in unemployment, we need to get people to want to go back to work, We also need to stop taxing our business as hard as we do now, the goal is to get business to want to come to Illinois,” Niemerg said.

Illinois Department of Employment Security offices have remained closed to the public since March 2020. The agency has not indicated when it will reopen to the public. A spokesperson for the agency did not return requests for comment on the matter.