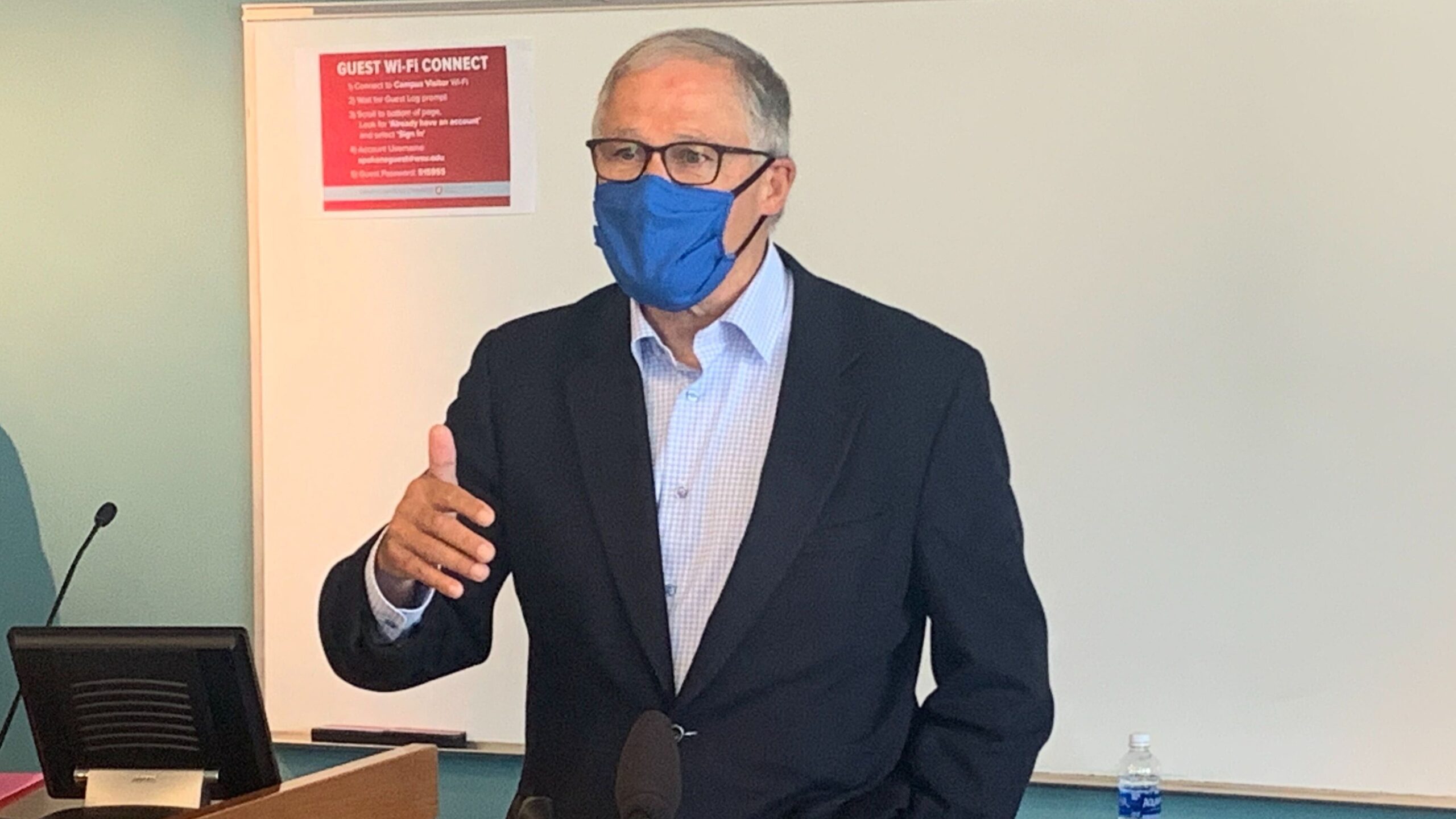 Washington’s eviction moratorium is poised to end by the end of this month, but Gov. Jay Inslee says he may extend it.

The prospect would fall in line with some Washington cities like Seattle and Kirkland, which have chosen to extend their local eviction bans through Sept. 30. The extensions follow months-long calls by local tenant unions and housing advocacy groups to ban evictions through at least the end of 2021.

The governor voiced his support for giving tenants another lifeline while visiting a COVID-19 vaccine pop-up clinic in Auburn on Tuesday.

“We think we need a bridge because the legislature financed a way to help tenants and landlords, but it won’t be in effect for some period of time,” Inslee said.

It is unclear how long of an extension Washington tenants could expect. Inslee’s office has announced the governor intends to announce his plans on Thursday.

The U.S. Census Bureau data from May found some 126,000 Washington households were at risk for eviction due to unpaid rent. Unemployment remains low in the state—5.5%—compared to its high in April 2020 of 16.3%.

Washington landlords have argued that the improving job market and state aid have already helped tenants get back on their feet.

In the meantime, the state is expected to lift most remaining COVID-19 rules by the end of June. This means businesses will back to operating at full capacity, and business owners will enforce face mask rules primarily at discretion.

On Monday, Inslee rescinded three of his proclamations related to the pandemic in anticipation of the state’s full reopening. Washington is set to reopen when it sees 70% vaccination rates statewide, which public officials have expected to happen by June 30.

The first of those proclamations waived the statutory job search requirement for people seeking unemployment benefits. That requirement goes back into effect on July 4.

Under Inslee’s second proclamation, health insurers must cover individuals working in high-risk environments during the pandemic. The rules under that proclamation are covered by legislation the state legislature passed this session, Engrossed Substitute Senate Bill 5115, which took effect upon passage.

By the Washington Department of Health’s estimates, the state’s vaccination rate stood at 67.8% on Wednesday.