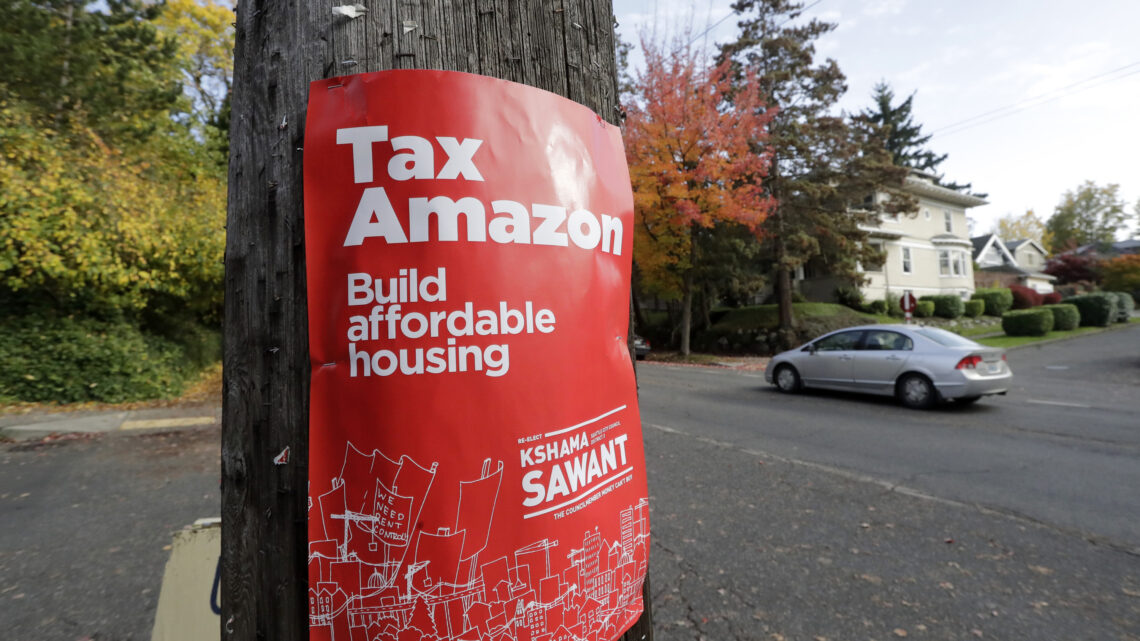 A King County Superior Court judge has upheld a Seattle payroll tax on workers with six-figure salaries some see as another step towards a state income tax.

It was a year ago this month that the Seattle City Council passed “JumpStart Seattle.” The payroll tax applies to businesses with annual payrolls of $7 million or more who employ Seattle workers making $150,000 per year or more at a rate of up to 2.4%. It was nicknamed the “Amazon Tax” for its focus on big businesses like the online retail giant. Collections began this year.

The tax was intended to close COVID-induced funding gaps, fund existing city services and pay for affordable housing projects. The payroll tax is projected to make $214 million for the city by the end of the year. A portion would have paid for a $86 million COVID-relief package, which Seattle Mayor Jenny Durkan vetoed in August.

The Seattle Metropolitan Chamber of Commerce sued the city months later over the tax in December, arguing it infringed on an employees’ right to earn a living or a principle the state supreme court ruled as unconstitutional in the 1952 case Cary vs. Bellingham. King County Superior Court Judge Mary Roberts disagreed.

In her ruling, Roberts determined the tax applied to employers, not employees. She wrote that, while Jumpstart Seattle was a valid excise tax on the “privilege of doing business,” it was not the court’s intent to rule on the wisdom of the tax.

The Washington Constitution gives municipalities broad powers to enact taxes. Robert cites a 1951 opinion by the state attorney general’s office in her ruling, which states “[a] city may impose a tax for general revenue purposes upon employees based on payrolls for persons employed within the city.”

Roberts further dismissed the Chamber’s challenge with prejudice in her ruling on Friday, forbidding another lawsuit from being filed on the same grounds.

Chamber officials expressed their disappointment with the ruling in a statement on Friday. They say they plan to consult with their legal team to work out the next steps on the challenge.

“We believe our lawyers presented a strong case for why this tax on employee compensation goes beyond the city’s authority, and we are working with our legal team to explore next steps,” said Seattle Metropolitan Chamber of Commerce President and CEO Rachel Smith. “The projections for the JumpStart Tax depend on businesses reopening and many more people coming back to work in Seattle. We stand ready to collaborate with city leaders on good policy.”

A payroll tax, or “head tax,” has been in the pipeline since former Seattle Mayor Greg Nickels first proposed it in 2006. It resurfaced in 2017 as a means of funding homeless services with numerous revisions.

In 2019, Seattle passed A $275 per-employee head tax which was projected to take in $47 million from businesses with gross revenues of $20 million or about 3% of businesses citywide. The city council repealed it in 2019 following opposition from Amazon and Starbucks.

Tax law has taken center stage in the courts this year since the state legislature passed a 7% capital gains tax on profits over $250,000 this past session. That tax remains in legal limbo, along with a business and occupation tax.