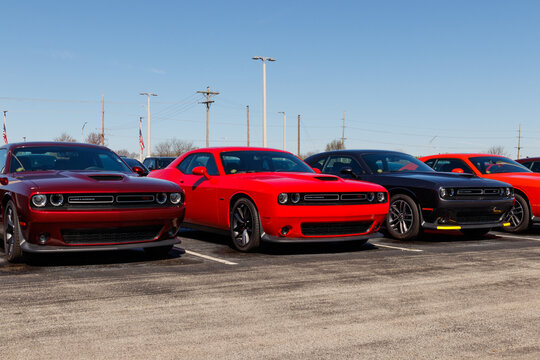 Both chambers of the Kentucky General Assembly took steps Wednesday toward curbing taxes on motor vehicles, which have risen substantially this year due to increased valuations.

House Bill 6 passed by a 95-0 margin. It calls on the Kentucky Department of Revenue to change how it values vehicles. In 2009, the department began using a so-called “clean” trade-in value generated by the National Automotive Dealers Association.

Those values went up over the past year due to increased demand and sales of used vehicles thanks to the decreased supply of new cars on the market.

The change to the average trade-in value within HB6 would take effect on Jan. 1, 2023. However, the bill also sets the 2022 taxes at the 2021 rate, doing so retroactively to the start of this year. Counties would then have to issue refunds to anyone who paid their taxes based on the higher valuation.

“We’ve got to make sure we protect the taxpayers here,” state Rep. Jason Nemes, R-Louisville, said at a House Appropriations and Revenue Committee hearing Tuesday on the bill. “This is something that’s coming that’s not their fault, and we need to make sure that we protect them.”

The House bill isn’t the only legislation lawmakers are considering. Earlier Wednesday, the Senate Appropriations and Revenue Committee unanimously approved Senate Joint Resolution 99. It calls for Gov. Andy Beshear to direct the Revenue Department to change how it assesses vehicle values.

The resolution, sponsored by state Sen. Donald Douglas, R-Nicholasville, also would freeze any increases residents get in their 2022 and 2023 notices, taxing the vehicle based on its Jan. 1, 2021, value. It also would provide refunds to taxpayers who previously paid their bills.

State Sen. Stephen Meredith, R-Leitchfield, said the value increases were “a once-in-a-lifetime event.” While he noted the Revenue Department alerted property valuation administrators across the state, it irked him that no one briefed lawmakers in advance about it.

“We were all blindsided by this,” he said. “This is a travesty. It’s a callous disregard for the taxpayer for the working people of the state. It is not right, and the longer we put this off, the more hassle it creates… It should have been addressed the day we came back here. The governor should have stepped up and said, ‘Here’s our plan for this bill.’ As always, we never heard from him on this. It’s inexcusable.”

The resolution will now go before the Senate.