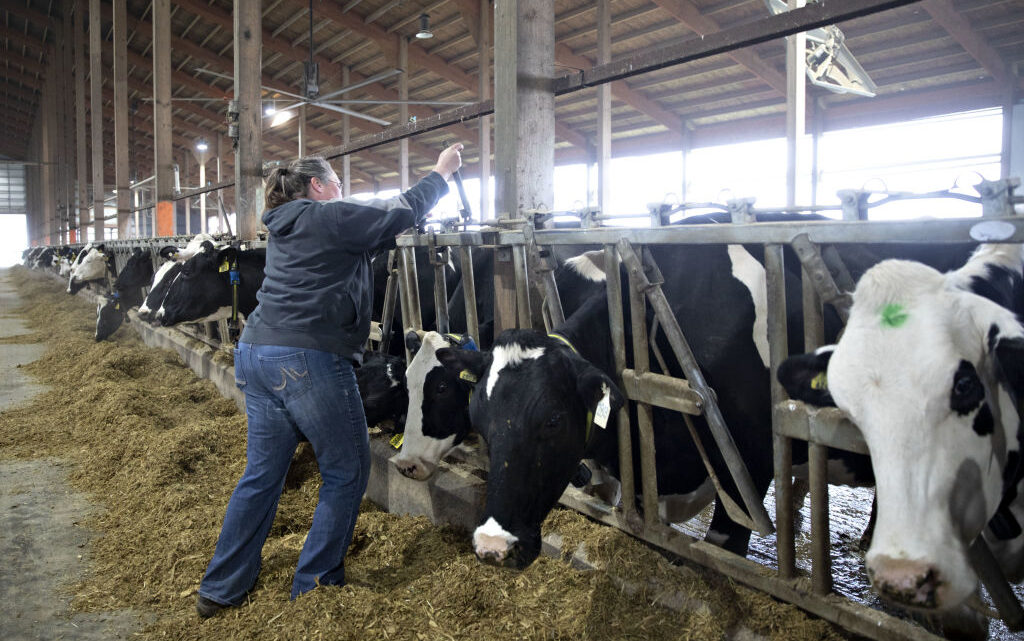 Professor Larry Tranel of Iowa State University says he’s never seen a labor shortage on dairy farms like he has seen this year.

“It’s getting terrible … to the point where it is the worst I’ve seen in my 32-year career,” Tranel said.

Tranel says dairy farmers are paying new laborers $12 to $17 an hour – about what a person can make at McDonald’s or at a supermarket. Finding labor is tough, and finding quality labor is even tougher, he says.

If farmers take the time to train someone, they need to know that the person will stay and that they can count on them.

Tranel estimates that 5% to 8% of Illinois dairy farmers have turned to robotic milkers. The machines cost about $200,000 each to handle 50 to 70 cows a day. Using robots usually results in higher milk production, he said.

Farmers are able to increase their milk production by 3% to 5% because the machines work 24 hours a day and can milk the cows more often. With a robotic milker, one farmhand can take care of 80 to 100 cows, Tranel said. Without the robot, one farmhand would handle about 50 to 60 cows a day. Tranel estimates that the payback time for a robotic milker is about six years, depending on the milk yield per robot.

Robotic milkers were developed in the 1980s in Europe. The leading manufacturers are located in Sweden and in the Netherlands. Tranel said the cows like the robots. It takes a cow two to three weeks to get used to being milked by the robot.

“We used to say it is more of a small farm technology, but now I would say it is a technology that larger producers are picking up as well,” Tranel said.

Robotic milkers are not for every farm, Tranel said. In general, a well-designed, low-tech operation is more profitable than a robotic operation. However, there are many older farms that can benefit from a redesign or the switch to a high-tech robotic milker, Tranel said.

Iowa State Extension has developed a spreadsheet that it uses to help farmers determine if the robot technology would be a good investment for their particular operation.