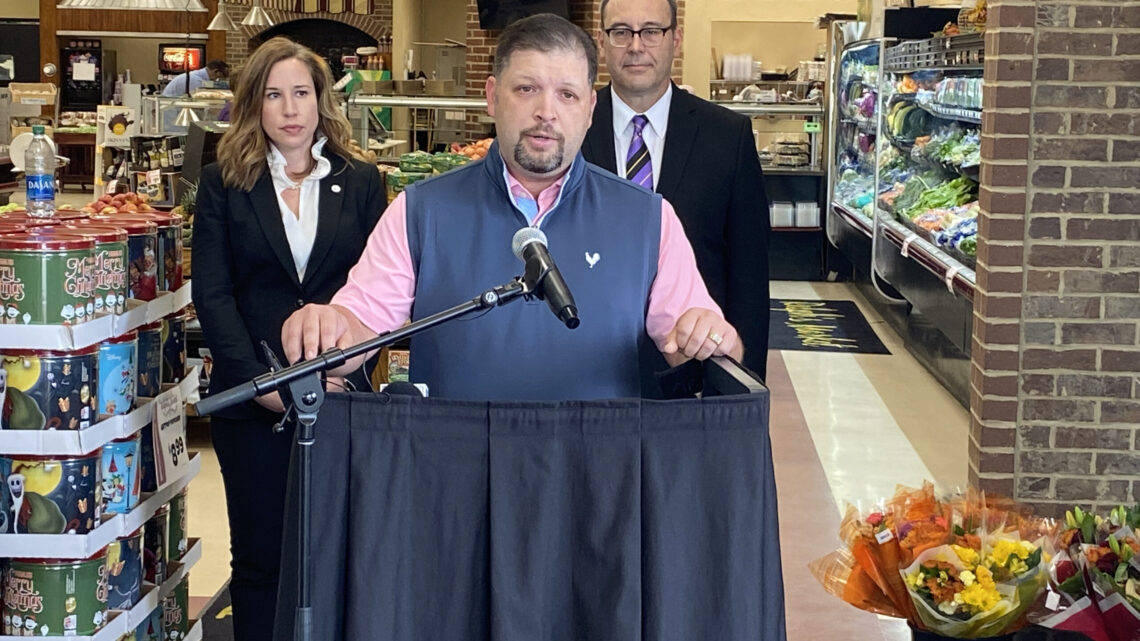 A Louisiana businessman is celebrating this week’s U.S. Supreme Court ruling that struck down the Biden administration’s private employer COVID-19 vaccination mandate as a victory for his grocery store workers and millions of Americans.

Brandon Trosclair, an Ascension Parish resident who employs nearly 500 people across 15 grocery stores in Louisiana and Mississippi, sued the Biden administration in November over rules created by the Labor Department’s Occupational Safety and Health Administration that would have forced him to fire employees who refused to be vaccinated and comply with federal rules.

Trosclair’s lawsuit was responsible for the initial suspension of the mandate in November, and he celebrated the Supreme Court’s 6-3 decision Thursday as a victory for more than 80 million Americans who would have been affected by the mandate.

“Today’s victory should be celebrated by all Americans. I filed this lawsuit because I felt it was my duty to stand up for my employees, business owners and my fellow Americans to block this illegal mandate and protect our rights,” Tosclair said. “I am relieved that this relentless government intrusion into our lives and businesses is now being pushed back by our highest court, and I am humbled and honored to have played a role in this pivotal moment in history.”

Tosclair and a group of Texas employees were represented by attorneys at the national Liberty Justice Center and the Louisiana-based Pelican Institute who argued OSHA lacked authority to regulate private health decisions made outside of work. The OSHA rule would have required employees of companies with more than 100 workers to be fully vaccinated by Jan. 4 or submit to mandatory mask rules and weekly COVID-19 tests.

The rule also would have required private employers to keep records on employees’ vaccination statuses to comply with OSHA inspections. Those in violation would have faced fines of nearly $14,000 per employee, or up to $136,000 in fines for “willful violations.”

The Supreme Court on Thursday agreed that OSHA’s attempt to regulate the health of the general public extended beyond the power delegated to the agency by Congress. The court found “applicants are likely to succeed on the merits of their claim that the Secretary lacked authority to impose the mandate.

“Administrative agencies are creatures of statute,” the court order read. “They accordingly possess only the authority that Congress has provided.”

“The question, then, is whether the Act plainly authorizes the Secretary’s mandate,” justices wrote. “It does not.”

Sarah Harbison, general counsel at the Pelican Institute, applauded the ruling as “a historic victory against illegal government overreach.”

“The Supreme Court’s decision to stay the illegal vaccine mandate is a win for American workers and business owners in every corner of the country,” Harbison said. “Business owners like Brandon Trosclair fought and beat the Biden administration on behalf of their team members and communities to keep the government out of individuals’ private health care decisions.”

Patrick Hughes, president and co-founder of the Liberty Justice Center, said Americans can thank Trosclair and the other plaintiffs for protecting their freedoms.

“Today’s ruling represents a monumental victory for all Americans, and a reminder that the Biden administration and the federal government cannot rule by executive fiat,” Hughes said Thursday. “The Supreme Court saw this mandate for what it really is: An attempt to bypass Congress and the will of the American people.

“This mandate represented the most egregious overreach by the federal government in a generation, and every American owes Brandon Trosclair and the other plaintiffs in this lawsuit a debt of gratitude for fighting to protect their rights,” he said. “Today’s ruling is a clear victory for Americans’ fundamental rights and the rule of law.”