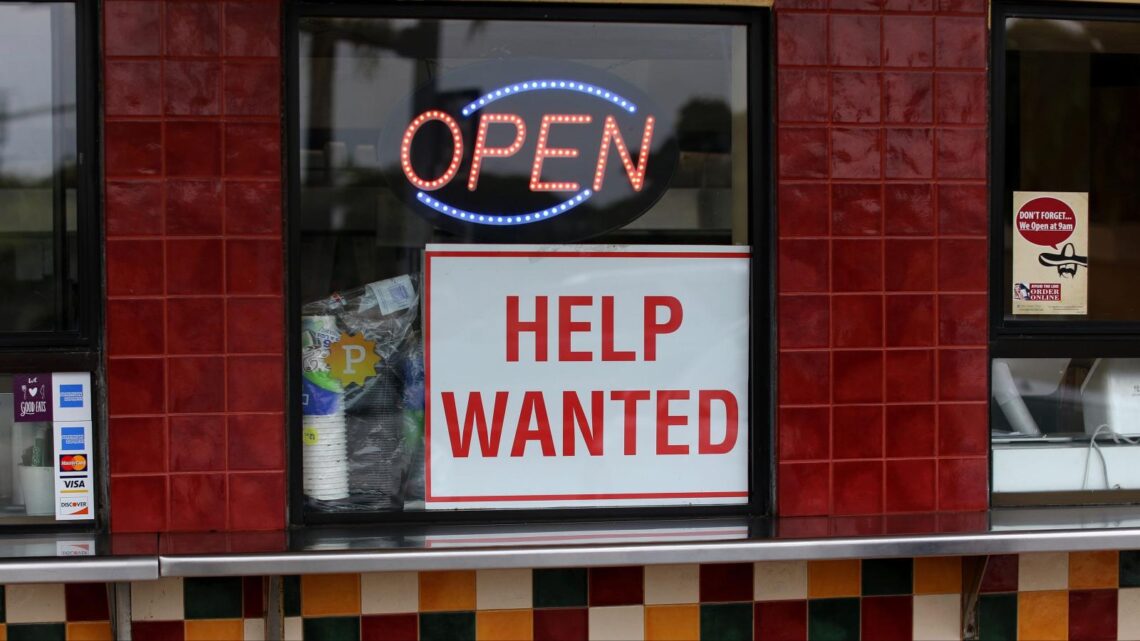 Maine’s unemployment rate flat from May to June

Maine’s unemployment rate held steady at 4.8% in June after adding about 3,000 jobs, according to the newly released data.

The number of unemployed workers remained largely unchanged from May to June at 32,500, the state agency reported.

Meanwhile, there were 614,900 seasonally adjusted nonfarm jobs in June, mostly in education services, the agency said.

The number of payroll jobs in June was up by 47,000 from a year ago, according to the report. The largest gains were in the leisure and hospitality, retail trade, professional and business services, and manufacturing sectors, the agency said.

The state’s unemployment rate in June was lower than from 5.3% one year ago, but it remained elevated from the 3.1% rate of February 2020, the report noted.

“The same is true for labor force participation,” the state agency noted. “The share of the population aged 16 and over in the labor force increased one percentage point from a year ago, though it remained 2.4 points lower than in February 2020.”

Meanwhile, 8,788 continuing claims – a barometer of the unemployment situation – were filed in the week ending July 3, declining by 685 over the previous week.

Maine has paid out more than $2.3 billion in federal and state unemployment benefits since mid-March, when the COVID-19 outbreak began.

The national unemployment rate decreased by 0.1% to 5.9% in June, according to preliminary data from the U.S. Labor Department.

Lab–grown and plant–based meat: the science, psychology and future of meat alternatives – podcast