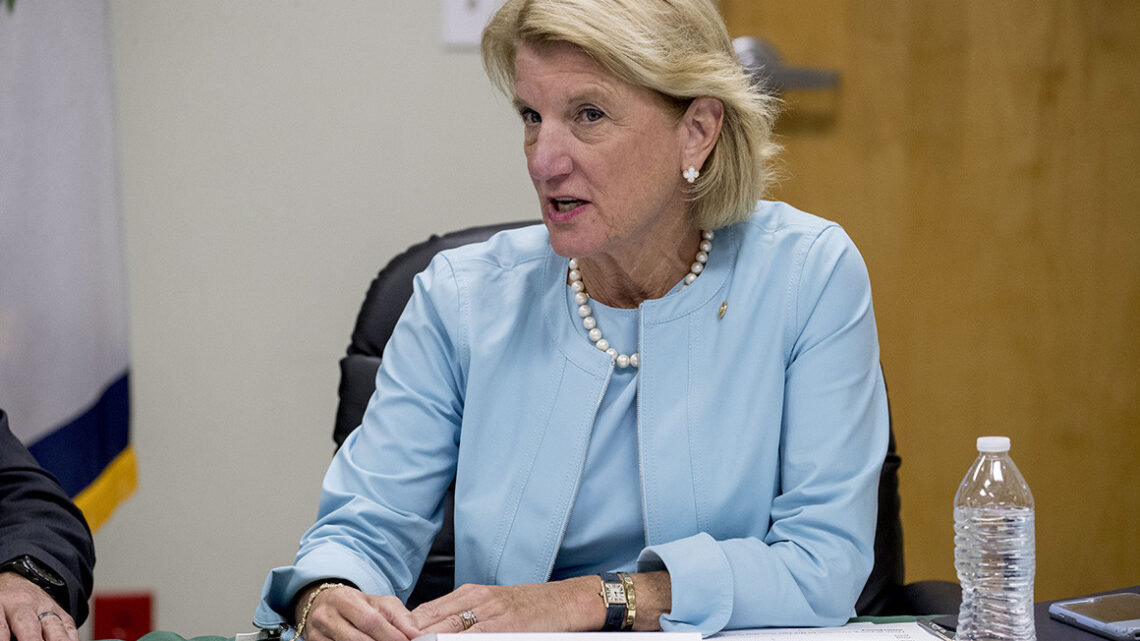 The collapse of negotiations between the White House and Sen. Shelley Moore Capito, R-W.V., on an infrastructure deal raised concerns that President Joe Biden’s proposed tax increases could regain footing, but lawmakers Wednesday indicated that likely wouldn’t be the case.

“We’re not raising taxes,” U.S. Sen. Romney, R-Utah, told reporters. “We’re going to be talking to other members to see if this can get enough support for this to have the necessary votes to be successful.”

Republicans have been negotiating with the White House for weeks, largely led by Capito, who made clear that raising the corporate tax rate, as Biden has proposed, would be out of the question.

Now, a bipartisan group of centrist Democrats and Republicans are expected to propose a plan to the White House, though it’s unclear whether the plan could satisfy the administration or get enough members on board for how they will pay for the plan without Biden’s tax hike.

“It’s critical we leverage private capital to revitalize our communities and rebuild our roads, bridges, and highways,” said Rep. Dan Meuser, R-Penn. “Our ‘Building Bridges’ framework includes an infrastructure bank that will serve as a significant supplement to existing funding sources through private investment that would increase access to capital for worthy infrastructure projects across the nation, without putting the burden on taxpayers.”

Whether any of the bipartisan groups can create a plan that appeases both sides when one negotiation has already failed remains to be seen.

Biden initially introduced a $2 trillion infrastructure plan, which included raising the corporate tax rate from 21% to 28%. The overall cost drew criticism from the right, and Republicans have been emphatic from the start that the tax increase is off the table.

“Biden’s plan is not about infrastructure,” said Sen. Tim Scott, R-S.C. “It is a job-killing $2 trillion tax hike.”

Republicans countered with a $568 billion plan with no such tax increase. The White House has dropped to $1.7 trillion, and Republicans raised their offer to $928 billion but haven’t budged on proposed tax increases.

“Senate Republicans have repeatedly proposed serious investments in roads, bridges, broadband, and other actual infrastructure Americans rely on,” said Senate Republican Leader Mitch McConnell, R-Ky. “But this week, the Biden Administration has shown it’s unwilling to let go of radical promises made to Democrats’ far-left base.”

A poll released this week by No Labels, a centrist political group, found roughly 70% of Americans see a need for urgent infrastructure investment, but that they vary on how much and how to pay for it. The poll surveyed five swing districts currently held by Republicans and found that voters prefer an infrastructure bill of less than $1 trillion, and in all five districts the majority of voters opposed raising taxes.

In all five districts, at least 60% are concerned the new taxes “could cost the economy jobs and growth.”

These polling numbers, especially in swing states, fit into the larger picture of rallying moderates to either oppose or support the bill.

“It’s critically important that we get a robust infrastructure package signed into law, and that we do it with strong bipartisan support,” said Problem Solvers Caucus Co-Chair Josh Gottheimer, D-N.J. “The Problem Solvers Caucus framework – Building Bridges – does exactly that and tackles everything from electric vehicles to clean water to fixing our crumbling bridges, tunnels, roads, and rail. This is the model for how we should govern in Washington: Democrats and Republicans working together to find common ground.”