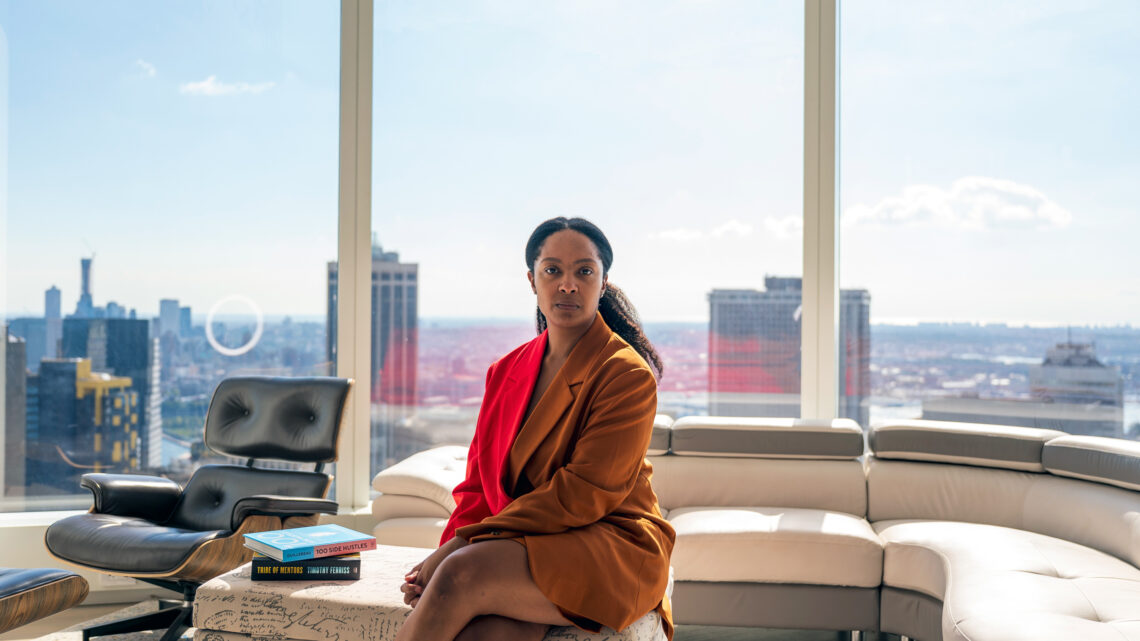 It was, says Renee King, the proverbial straw that broke the camel’s back.

While attending a conference for aspiring Black tech entrepreneurs in 2019, she listened as a white “angel” investor told the group they had to first come up with what’s called friends-and-family money to start their businesses — even though most of them didn’t come from wealthy families or have friends with spare cash to risk on new ideas.

King had been trying to develop TechUrElders, a platform to improve children’s ability to care for their parents, inspired by her mother’s battle with ALS. The speaker’s stinging words — early-stage angel investors are the crucial next step after friends and families — spurred King to start FundBlackFounders.

“I wanted to fix the problem,” she said. “I wanted to create a way for Black entrepreneurs to raise a friends-and-family-round” of investment.

King is one of a small but rising number of Black founders joining the fast-growing tech sector in New York. They arrive inspired by a mix of personal experience and business background, and have raised enough money to get their companies going — in part because of programs created in the corporate reaction to the 2020 murder of George Floyd.

But many Black entrepreneurs say they find attracting start-up money much more difficult than their white and Asian counterparts, among other hurdles.

In fact, according to TechCrunch, only 1.2% of the $147 billion in venture capital invested in U.S. companies in the first half of the year went to Black-owned startups. The percentage isn’t believed to be much better in New York.

If New York City is going to have the more equitable post-pandemic economy promised by both Mayor Bill de Blasio and his likely successor, Eric Adams, the city’s booming tech sector will need to play a crucial role. But if tech doesn’t diversify it will become another powerful industry in the city, like finance, that’s largely white.

“Other cities are aggressively recruiting companies and venture capitalists with diverse teams,” said Eli Dvorkin, editorial director of the Center for an Urban Future, which is working on a report updating the size and diversity of New York tech. “This is a generational opportunity.”

In the first nine months of this year, venture capitalists lavished $36 billion on local companies, almost equal to the $40 billion invested combined in 2019 and 2020. More than 20 companies here pulled off usually successful initial public offerings this year, an unprecedented number.

New York starts the effort to significantly diversify its tech sector in a better position than other tech hubs. People of color represent a modestly higher percentage of the tech workforce than in Silicon Valley.

The city is home to a handful of Black-founded and -focused venture capital firms — foremost Harlem Capital, which recently raised a $134 million fund for investments in startups founded by people of color. Three local companies with Black founders are now so-called unicorns, meaning they’re worth more than $1 billion: Smart Asset, Cityblock Health and Pat McGrath Labs.

Google, New York’s largest tech company with more than 12,000 staffers, is providing a key boost to Black entrepreneurship. Following Floyd’s murder last May by a white cop in Minneapolis, Google launched a series of economic initiatives to further racial justice, including a Black Founders Fund.

In the last two years, the Google fund has picked 11 New York city startups to get grants of up to $100,000 each, as well as $120,000 in Google ads, $100,000 in credits for use of Google’s Cloud and mentorship that can provide the companies with key, cost-free advice. Nationwide, more than 120 companies have received similar help.

“Black startups are not a very well-known space,” said William Floyd, Google’s director of state public policy and affairs in New York. “We want to shed some light on people of color so founders can create new businesses, generate more jobs and create more generational wealth.”

‘This Is Everyone’s Problem’

Despite more startups getting off the ground, Black founders face the kind of systemic racism King confronted with the white investor. And at the center of it is the lack of access to capital.

Andrew Hill found as much when trying to gather a relatively modest investment, by tech industry standards, to start LiftEd, a special education app based in Brooklyn.

“In absolute terms, raising $2.2 million over six years is small given the current landscape,” Hill said. “I know white and Asian peers who have raised five or 10 times as much as we have with similar revenues.”

King notes venture capital firms must reconsider their preconceived notions of what kind of entrepreneur can succeed in tech.

While praising Google’s efforts, she added that alternative funding approaches are going to be needed. And she noted that not encouraging Black founders who bring their own experiences and insights hurts progress in business.

“This is everyone’s problem,” she said. “We are thwarting innovation by emphasizing innovations by one type of person or demographic.

Despite his hopeful view of New York’s potential to grow a Black presence in tech, The Center for an Urban Future’s Dvorkin warns New York cannot assume its advantages will lead to a more diverse group of tech companies.

He urged the city and the tech companies themselves to double down on stated commitments to diversity, equity and inclusion.

“New York City has all the fundamentals to build on its strengths,” Dvorkin said.

Philadelphia officials outline steps to stem violence in and around schools