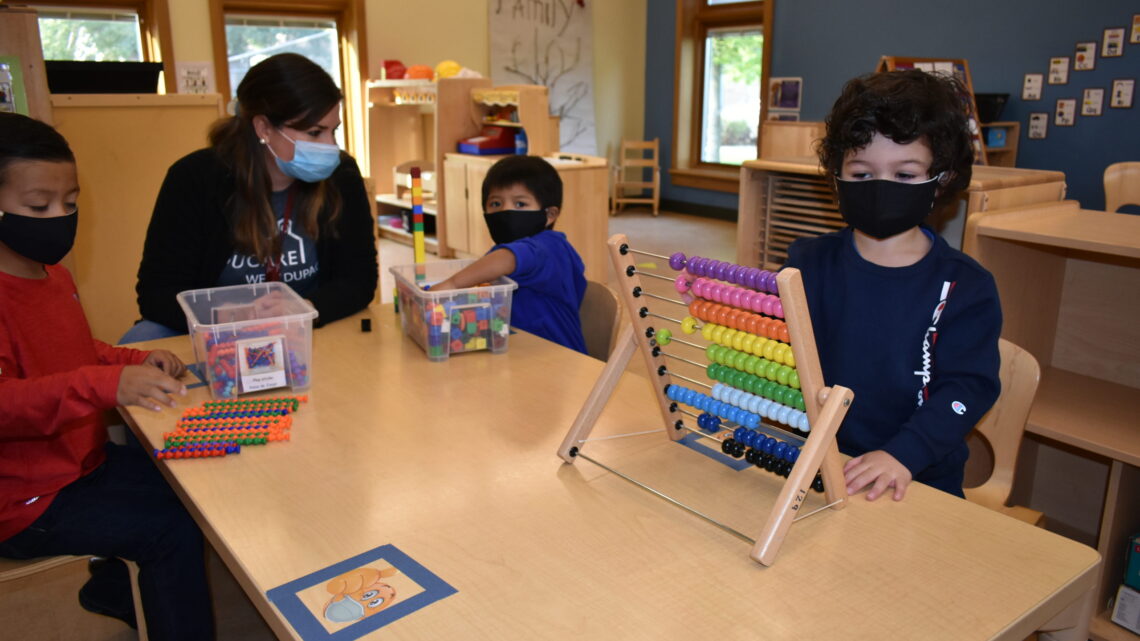 Instability in Arizona’s child care system is costing the state an estimated $1.8 billion in economic activity a year, according to a new U.S. Chamber of Commerce Foundation report, as gaps in care force parents to forgo professional and educational opportunities.

Though access to child care proved to be “a concern for nearly every working parent” surveyed, the report found inconsistent or unaffordable care was particularly likely to derail the advancement of women and lower-income earners, resulting in lasting financial blows to their households and Arizona’s economy at large.

The analysis comes as child care providers confront staffing shortages, volatile enrollment and a looming expiration date on federal aid that has, at least for now, prevented a sector-wide collapse. Families, meanwhile, are attempting to navigate an already damaged system while grappling with cyclical closures and reopenings, as advocates push for sweeping shifts in how elected officials prioritize and fund the sector.

“Before the COVID-19 public health crisis, access to affordable, quality child care was hard to come by for working parents trying to enter, re-enter, or stay in the workforce,” researchers wrote. “The pandemic exacerbated the existing issues in America’s child care system and created an impossible situation for parents, employers, and child care providers.”

The Chamber Foundation’s findings mirror recent reporting by AZCIR that highlighted the fragility of Arizona’s child care system after a decade of neglect at state leaders’ hands.

From 2018 through mid-2020, Arizona lost more than 1,000 providers as they struggled to stay afloat amid low state reimbursement rates left largely unchanged for almost 19 years and a series of legislative missteps that further hobbled an already precarious system. COVID-19 heightened that instability, which disproportionately affected rural communities, low-income families and working women.

“(Child care) is really, first and foremost, important because it’s a space for children to be taken care of and get their education,” said Eric Bucher, director of the Arizona Association for the Education of Young Children. “But it’s also a public good, because it helps parents get to work and get to school, which we know helps them contribute to the economy and to the community.”

The report “reinforces what we’ve known about the field, and what could be possible if we make state and federal investments for children,” he said.

About one-third of the 400-plus Arizona parents of children under 6 surveyed for the report said child care challenges had affected their employment during the past year.

The parents—who represented various geographic areas, income levels, and racial and ethnic backgrounds—reported changing jobs, turning down jobs, decreasing their hours, forgoing promotions or leaving the workforce entirely as a result of inconsistent or unaffordable care.

“Even parents who have yet to experience disruptions to their employment are impacted,” researchers wrote. “Perhaps because they anticipate challenges in the future, 22% of working parents said they plan to leave their job in the next 12 months, and of those, 34% will do so because of child care issues.”

Absences translate to quantifiable losses in both employee wages and employer productivity, researchers explained, and generate additional expenses related to paying overtime or hiring temporary employees. When parents leave the workforce entirely, employers can expect to spend about one-fifth of employees’ yearly salaries to replace them.

The report attaches a concrete price tag to issues the Arizona Chamber of Commerce and Industry has long observed anecdotally, according to Garrick Taylor, its executive vice president. He said local chamber officials partnered with the national chamber on the report to “elevate” the discussion surrounding the economic impacts of child care disruptions.

“As employers are looking to recruit new talent, retain talent and bring workers maybe back to the worksite, back to the office, access to quality child care is becoming a real challenge,” he said.

“If you want me to tell you what the best caregiver-to-child ratio is or when naptime ought to be … I don’t know. But I do know that, at a time when we are in the midst of a real labor crunch, this is definitely a complicating factor.”

Though the pandemic broadly affected Arizonans’ access to consistent child care, researchers found low-income households were more likely than high-income households to experience a significant impact on their work.

That came as no surprise to Bucher, who noted those Arizonans often don’t have the health care benefits or paid time off that can help blunt the impact of child care disruptions.

“Over … the past year, (low-income families) have had to make difficult decisions about having someone stay home to take care of the children, because there just weren’t enough slots in their community,” he said. “They’ve had to choose between taking a day off and not getting paid, and making sure their child had a safe, secure place to be if their child care was closed.”

Women were also “much more likely to separate from their job voluntarily and cut back on time spent at work to provide child care,” researchers found, and they “suffered more opportunity costs as they declined promotions or did not accept jobs at the same rate as men.”

That aligns with national data indicating women’s labor participation last year dropped to its lowest level since 1988, as mothers took on the bulk of child care duties at home. It also mirrors what Arizona parents told AZCIR.

When Gilbert mother of two Alyssa Chamberlain’s babysitter quit two weeks into the pandemic, for instance, she said the brunt of caring for their then-2- and 6-year-old fell to her.

Both she and her husband were working full-time, she said, but her husband’s job had much less flexibility during the workday than her own position in academia.

“There was an attempt to balance, but certainly, the vast majority was on me, especially when it came to the (online) school aspect,” she said. “I just got extremely behind. Basically, I was keeping up with the bare minimum that I had to do (professionally).”

Even after schools reopened for in-person learning, allowing Chamberlain to work more consistent hours, she said it took her three or four months “to just dig out of my hole” and catch up to where she’d wanted to be a year prior.

“It’s definitely put my career behind where I want it to be, and I think that that’s frustrating,” she said.

The Chamber Foundation captured some of that frustration in its report, concluding that “workers who feel that their potential is not being realized because of child care issues may experience long-term negative effects professionally and personally.”

Researchers also found that parents who completely stop working may experience a lifetime of setbacks when it comes to “diminished future employment opportunities, increased debt accumulation, and lower retirement savings,” citing data from the progressive Center for American Progress.

A young professional earning $50,000 per year who chooses to leave for three years to care for a child, for example, will miss out on an estimated $500,000 in wage growth, assets and other benefits.

“Those years when they may have to leave the labor force to perform caregiving at home—they’re not just losing their potential income or salary,” Rasheed Malik, associate director of early childhood policy research at the center, told AZCIR earlier this year.

“That makes it harder to get back into work and to come back in at what you were earning, or what you would have been earning if you had been able to stay in your job or in your industry.”

About 34% of parents who left or are planning to leave the workforce because of child care concerns plan on spending at least one year away or don’t know when they’ll return, according to the report.

Several parents also reported that child care issues had interfered with their pursuit of higher education or workforce training. About 14% of those enrolled in a program went from full-time to part-time, while 11% opted to drop a course and 13% stopped attending entirely.

Though researchers did not provide a detailed breakdown of economic losses tied to interruptions in education, they argued parents who choose not to re-enroll could face diminished economic potential.

“The longer people spend away from their education program, the less likely it is that they will return,” they wrote.

Taylor, with the Arizona Chamber, said he expects to see many of the less rigid working arrangements adopted during the pandemic become permanent, particularly as employers compete to recruit and retain talent.

Parents most frequently cited flexible work schedules, the ability to work remotely and paid time off as their most desired work benefits, according to the Chamber Foundation report.

But “whether an employer is offering flexible work environments or some sort of funding or subsidy structure to employees—that doesn’t solve the supply issue,” Taylor said.

That’s where additional government funding “would be more helpful than not,” he said.

Child care experts pointed to the federal Build Back Better Act, which would fund universal preschool and cap families’ child care costs on a sliding scale, as a possible lifeline.

If the ambitious proposal makes it through Congress, the federal government would cover the full cost for the first three years, with states expected to chip in 10% from then on.

Local advocates also want Arizona leaders to commit state General Fund dollars to the child care system to boost its long-term sustainability, which so far has been a nonstarter in the Republican-controlled Legislature.

“…The gains are huge for children and for all of us when we have a better, more high quality child care service sector for our children.”