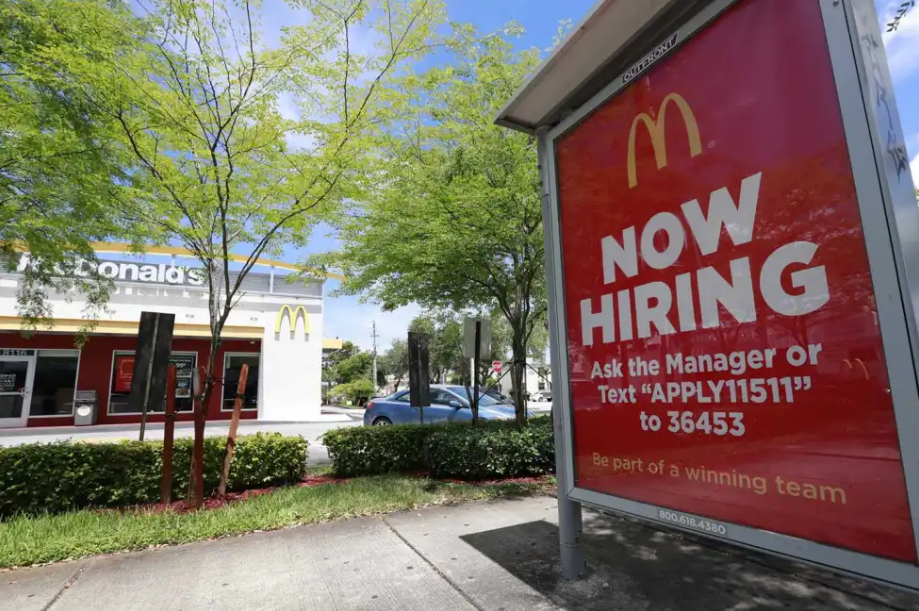 The Bureau of Labor Statistics on Friday said the U.S. economy added 431,000 nonfarm jobs in March.

That figure came in below the projected number of 490,000 jobs.

“The unemployment rate declined by 0.2 percentage points to 3.6 percent in March, and the number of unemployed persons decreased by 318,000 to 6.0 million,” BLS said. “These measures are little different from their values in February 2020 (3.5 percent and 5.7 million, respectively), prior to the coronavirus (COVID-19) pandemic.”

“Among the unemployed, the number of permanent job losers decreased by 191,000 to 1.4 million in March and is little different from its February 2020 level of 1.3 million,” BLS said. “The number of persons on temporary layoff was little changed over the month at 787,000 and has essentially returned to its February 2020 level. The number of job leavers – that is, unemployed persons who quit or voluntarily left their previous job and began looking for new employment – fell by 176,000 to 787,000 in March. In March, the number of long-term unemployed (those jobless for 27 weeks or more) decreased by 274,000 to 1.4 million. This measure is 307,000 higher than in February 2020. The long-term unemployed accounted for 23.9 percent of all unemployed persons in March.”

President Joe Biden touted the job gains despite coming in below experts’ predictions.

“We just learned that unemployment is now down to 3.6% and, in March, our economy created 431,000 jobs,” Biden said. “This is a historic recovery – Americans are back at work.”