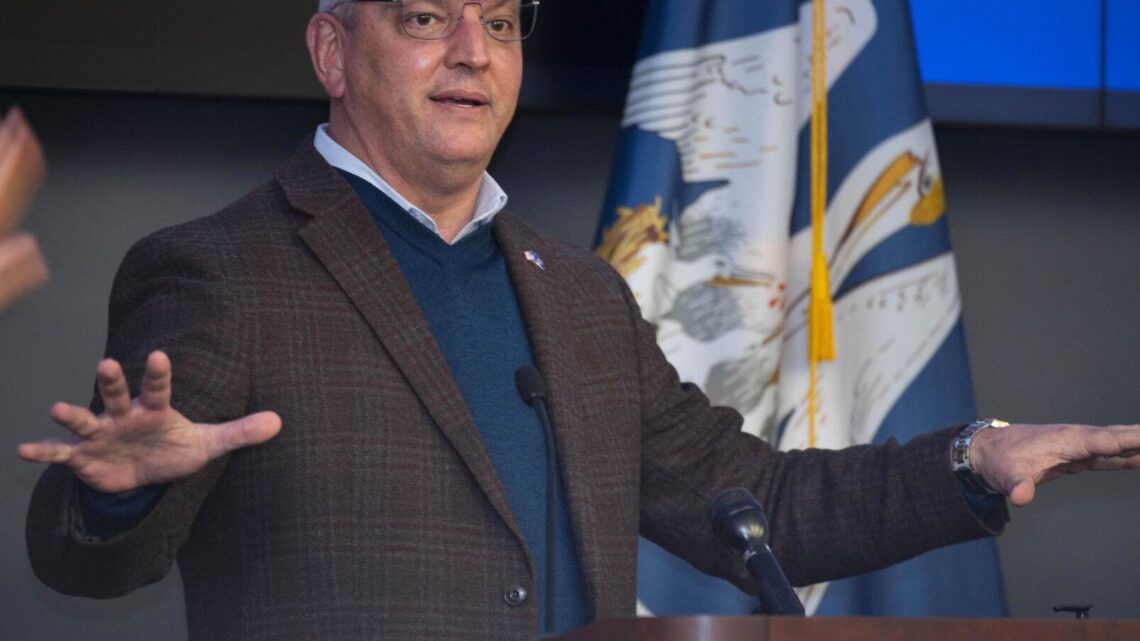 Edwards said on social media the projects include multiple “clean energy” deals and the year-long accomplishment was especially notable given the COVID-19 pandemic and the second direct hit from a major hurricane in two years.

LED works closely with the governor’s office to cultivate jobs and economic opportunities in Louisiana, its website reads. The agency offers 14 different taxpayer-funded incentive programs to entice large businesses to either expand in or relocate to Louisiana.

The 2021 projects span an array of industries and incentive perks. The largest deals align with Edwards’ “net zero” climate change agenda, or zero carbon emissions by 2050.

The project is expected to create at least 200 new jobs with average annual salaries of $120,000 and 2,300 temporary construction jobs, a statement from the governor’s office said. Venture Global also qualified for two tax incentive programs: the Quality Jobs Program and the Industrial Tax Exemption Program.

The Quality Jobs program provides up to a 6% cash rebate of annual gross payroll for new direct jobs for up to 10 years, according to LED. The program also includes a state sales tax rebate on capital expenditures or a 1.5% project facility expense rebate.

The Industrial Tax Exemption will provide an 80% property tax abatement for the facility for up to 10 years.

“As Louisiana pursues a goal of net-zero emissions by 2050, projects that feature carbon capture and sequestration allow our state to sustain industry without sacrificing our long-term carbon-reduction goals,” Edwards, a Democrat, said Dec. 2 when announcing the project. Edwards had attended a United Nations climate change summit days earlier in Scotland.

Air Products: The international gas and chemical company has pledged a $4.5 billion blue hydrogen and carbon sequestration development in Ascension Parish that claims to be “the world’s largest permanent carbon dioxide sequestration endeavor to date.”

A press release from the governor’s office said Air Products was offered “a competitive incentive package,” including a $5 million grant to offset plant and pipeline construction costs. The grant was said to be performance-based and payable over five years providing the company creates 170 jobs with an average annual salary of $93,000.

The package also includes benefits from the Industrial Tax Exemption Program and the Quality Jobs Program.

“I think the risk, quite frankly, to all of us, is in not doing projects of this type,” Edwards said at the Louisiana Capitol. “It’s a risk in terms of the economy because there’s an energy transition underway and we’re powerless to stop it. We’re either going to take advantage of the opportunities we’re given or we’re going to lose.”

CF Industries: The fertilizer producer announced a $122 million “green ammonia” nitrogen complex in Donaldsonville that will be operational in 2023. The company said the project will decarbonize its ammonia production process and reduce greenhouse gas emissions.

In exchange, the company will avoid paying 80% of the facility’s property taxes for up to a decade, estimated at $7 million, because of the state’s Industrial Tax Exemption Program. The agreement requires CF Industries to create only five new jobs.

Tax incentive critics have argued that such programs benefit corporations while shifting the cost of the perks to taxpayers.

“The costs of corporate incentives are borne by taxpayers who finance these subsidies,” a Mercatus study concluded.

The Louisiana Legislative Auditor also presented audit findings in October for the state’s Quality Jobs incentive program. The cash rebate giveaway, auditors said, has produced less than half the expected jobs since the program’s inception.

“For all completed or canceled Quality Jobs projects since the program’s inception in 1995, the companies applying for rebates reported to Louisiana Economic Development that they anticipated creating 28,160 jobs, when only 13,210 jobs were created,” the audit said.