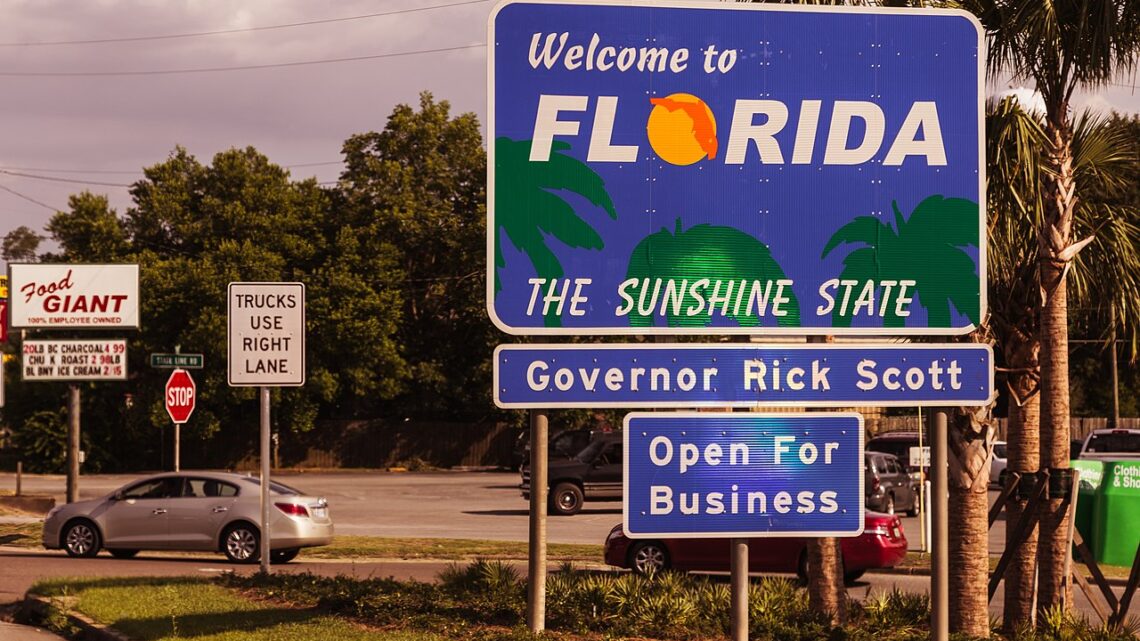 Florida leads the U.S. with the best overall fiscal policy and as the most economically free state, according to a newly published CATO Institute “Freedom in the 50 States” report.

“Measuring freedom is important because freedom is valuable to people,” the report states, as “a means to their flourishing … and an end in itself. At the very least, it is valuable to those whose choices are restricted by public policy.”

“‘Freedom’ is a moral concept,” Cato argues, and its definition is grounded in individual liberties, adding, “individuals should not be forcibly prevented from ordering their lives, liberties, and property as they see fit, as long as they do not infringe on the rights of others.”

The most economically free states in the U.S. according to the report, are Florida, Tennessee, New Hampshire, South Dakota, Idaho, Georgia, Indiana, Michigan, Nevada and Texas.

The authors of the report also note that Florida’s number 1 economic freedom ranking is due to its “rapidly rebounding economy since the Great Recession” and fiscal discipline.

The 313-page report provides an in-depth look into personal and economic freedoms on a state-by-state basis. It ranks all 50 states according to how their public policies affect individual freedoms economically, socially and personally, ranging from taxation to debt, from eminent domain laws to occupational licensing, and from drug policy to educational choice.

Florida ranks first in the nation for its fiscal policy due to its low tax burden, low government debt, a higher ratio of private employment to government employment, and fiscal decentralization – meaning how taxation policies are determined at the local level and how local governments are constructed.

Because two taxation variables make up a large share of fiscal policy, Cato says it’s “unsurprising that low-tax states dominate the top of the fiscal policy rankings,” and “high-tax states fall at the bottom.”

Based on state tax burdens, the most economically free states are Alaska, New Hampshire, Texas, Florida, South Dakota, Wyoming, Tennessee, Colorado and Missouri, according to the ranking.

The report analyzes more than 230 state and local public policies affecting individual freedom based on FY2020 data and tax and debt data from FY2019. “The most recent fiscal year featured in the index is FY 2020, because it represents the budget that had been enacted as of December 31, 2019, in each state,” the report notes.

In the regulatory category, Kansas ranked first as the freest state for having the least regulatory burdens, according to the ranking, and Florida ranked 21st.

States that ranked high on regulatory freedom were more conservative and tended to be more midwestern than southern, the report found.

This article was originally posted on Florida leads U.S. as most economically free state