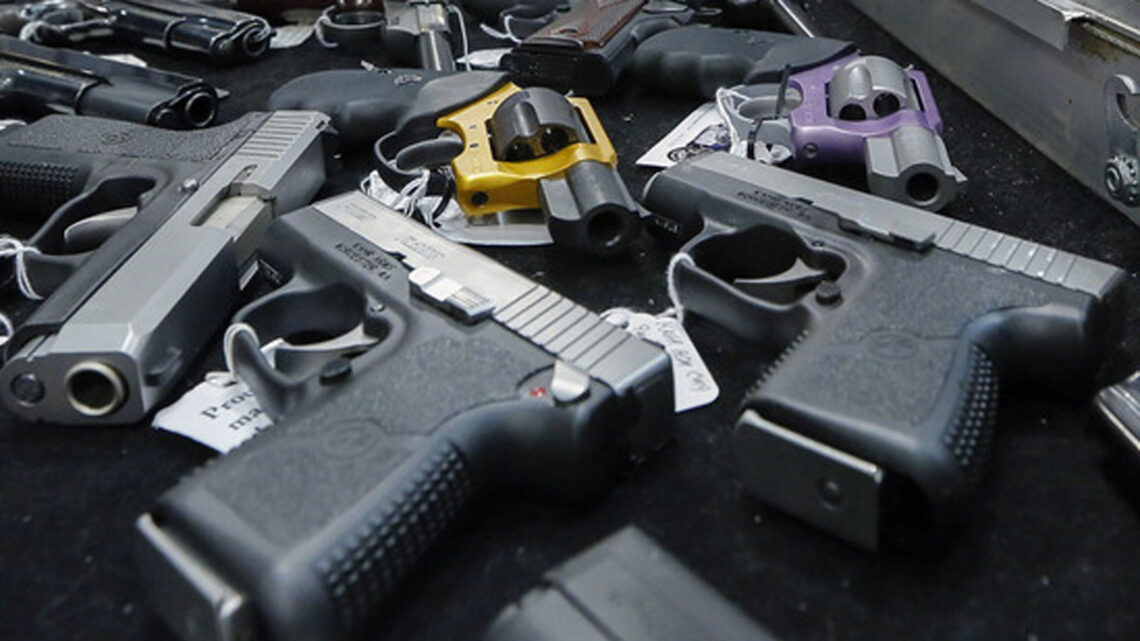 Republican legislators and a gun rights group believe 2022 is the year constitutional carry can become law in Indiana, allowing people to carry a handgun without having to first get a permit from the state.

“There should be no reason why it doesn’t pass,” says Will Fite, the legislative director of Hoosier Gun Rights. “If it goes to the floor of both chambers clean as a whistle, it should pass.”

But a different carry bill, one authored by Rep. Ben Smaltz, R-Auburn, passed out of committee and was debated on the House floor, where language was added that would have created a database that patrol officers could access at traffic stops to let them know who in the state cannot lawfully have a gun.

Chair of the Senate Judiciary Committee Sen. Liz Brown, R-Fort Wayne, refused to schedule a hearing on the second bill, which died in committee.

“It was just a mess last year with that bill,” said Fite, who added the language on a database raised privacy concerns for some.

Jacob and Nisly said they’ll introduce a bill in January that will closely mirror the language of the bill they introduced in the last session, House Bill 1289.

“Last year I think proved that it could pass and Hoosiers are good and ready for it and frankly, it’s an election year,” says Nisly.

Twenty-one states have permit-less carry or constitutional carry, according to the U.S. Concealed Carry Association, and Indiana is one of only a handful of states with a Republican governor and Republican majorities in both houses of the legislature that still requires a permit to carry a handgun.

Jacob is taking the lead this year in filing the constitutional carry bill similar to H.B. 1289 and to bills that Nisly introduced several years in a row. He said he’s working on some minor changes to the language.

HB 1289 and the Smaltz bill would not have eliminated gun permits in Indiana. The state police would still issue carry permits for gunowners who want one in order to lawfully carry a handgun in other states that have reciprocity agreements with Indiana.

Currently, to carry a handgun in a holster, a purse or to keep a loaded gun in their vehicle, a person has to have a permit, or license. The license in Indiana is referred to as a general “carry” license as it applies to both open and concealed carry.

To get a handgun license in Indiana, a person has to fill out an online application form, schedule an appointment to be fingerprinted and take the fingerprints to their local police department and pay a fee there. The process can take 4-6 weeks, or longer if there’s a backlog, as there was during the pandemic in the spring of 2020 when some people testified that they’d waited several months to get their license.

Fite says another misconception about a concealed carry bill is it would get rid of background checks. It wouldn’t, for the most part. Background checks in Indiana are done by gun dealers when someone buys a firearm, using the state system, though private sales from one person to another, including at gun shows, don’t require checks.

This article was originally posted on 2022 could be the year constitutional carry law passes in Indiana, gun rights group says