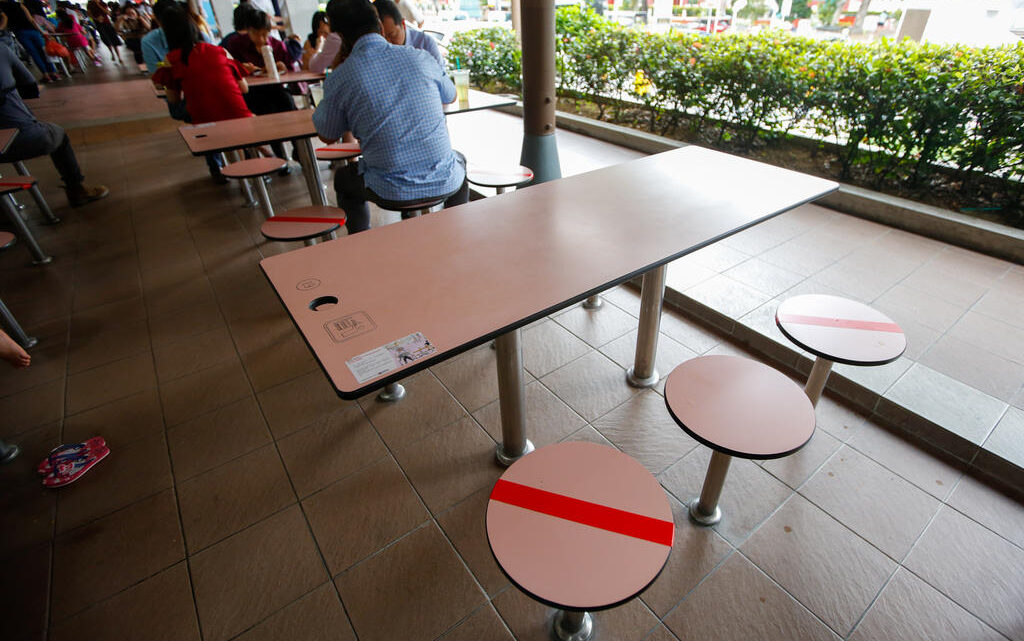 Tennessee Gov. Bill Lee’s approach to COVID-19 pandemic mitigation efforts helped limit the impact on Tennessee’s economy without having a negative effect on the state’s COVID-19 metrics, a new report from the Beacon Center of Tennessee says.

The report compared the policies of Tennessee, Georgia, Kentucky and Michigan and their impact on COVID-19 metrics, businesses and employment.

The Beacon Center said it chose Georgia because it was a border state in a similar situation to Tennessee and was considered to be the first to “reopen.” Tennessee and Georgia have Republican governors.

Kentucky was chosen because it was a border state with aggressive economic restrictions, and Michigan was used in the comparison because of it “nationally known aggressive shutdown approach against the pandemic.” Both states have Democratic governors.

“This report was really important as a way to see how health, safety, and economic outcomes played out in different states,” said Beacon Director of Policy Ron Shultis, who was the author of the report. “What we saw is that the number of cases didn’t increase as Tennessee and Georgia got their economies up and running again. The whole notion that you need to take an all-or-nothing approach to public safety has been proven false with this report.

“Governor Lee and the Tennessee Legislature did an outstanding job balancing public safety and the economy. Moving forward, it’s important to look at the outcomes and not just the intentions of the economic shutdowns so that we can protect both lives and livelihoods moving forward.”

Border towns were one area where Tennessee’s policies could be seen at work, such as in Bristol, where part of the city sits in Virginia.

Bristol Chamber of Commerce President Beth Rhinehart said those on the Tennessee side could “see others opening and know that they can actually watch the other side of the street (in Virginia) and their lost business from their front doors.”

The changes in nonfarm employment were even more pronounced with 11,400 nonfarm jobs lost per million in Tennessee, more than 15,000 in Georgia, more than 19,000 in Kentucky and more than 30,000 per million residents in Michigan.

“The data suggest that Tennessee and Georgia lost fewer jobs, suffered fewer economic losses, and have retained higher labor force participation rates than either Kentucky or Michigan,” Shultis wrote. “Policies such as focusing on safe versus unsafe rather than essential versus nonessential, allowing for increased capacity sooner, and providing certainty by not reinstating restrictions during subsequent waves of infection paid economic dividends for these two states.

The report attributed the larger participation drops in Kentucky and Michigan to “stricter and elongated shutdowns” and unemployment benefits.

Kentuckians received up to $552 weekly for 26 weeks in addition to supplemental federal unemployment benefits. Michigan and Georgia paid up to $362 and $365 a week, respectively, for 14 and 20 weeks, and Tennessee paid $275 per week for 26 weeks.

“Should a similar choice be presented to policymakers in the future, such as a prolific wave of a COVID-19 variant or another public health crisis, policymakers should be aware of the huge macro- and micro-economic consequences of broad-based restrictions and should instead focus on targeted measures that allow businesses that can comply with health guidelines to remain open,” Shultis wrote. “Additionally, strong testing and contact tracing can provide better data when responding to new waves and surges, such as when Tennessee focused on limiting public gatherings for a short period of time during its fall surge, rather than reimposing restrictions on businesses.

“By taking a more surgical approach, Tennessee and Georgia were able to protect lives and livelihoods, and their economies suffered less and have recovered better – all with no statistical evidence of an increase in cases caused by relaxing their restrictions.”

The coal price has skyrocketed in 2021 – what does it mean for net zero?