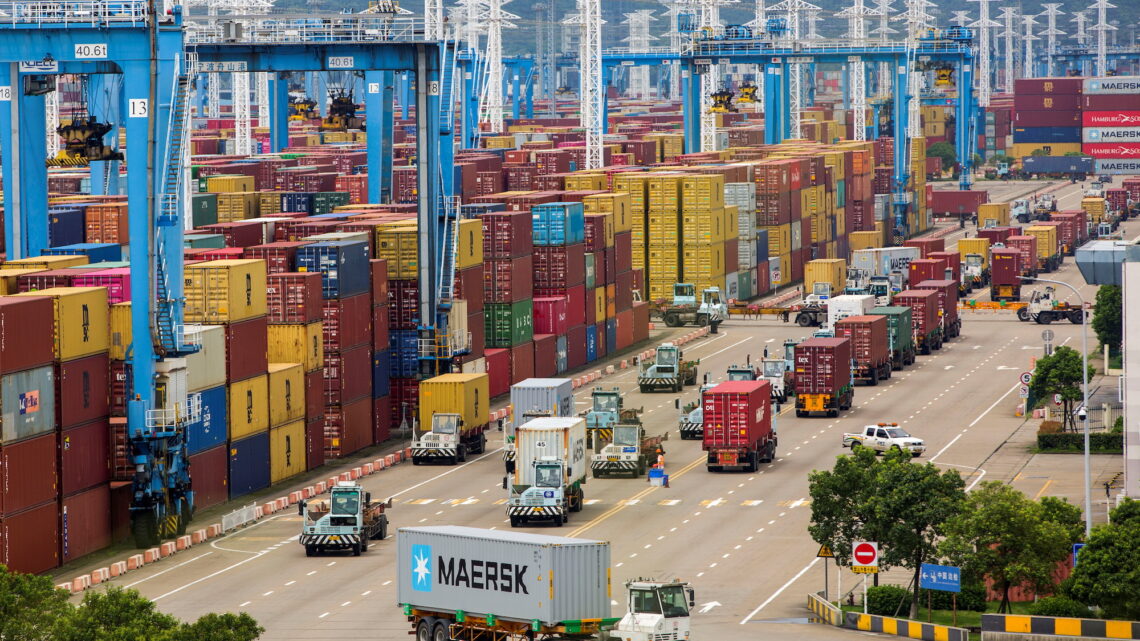 Beginning in the 1990s, these reforms set China on a trajectory to become what it is today: a nation with a dynamic and substantially market-driven economy that is also the world’s second-largest.

U.S. residents have enjoyed lower-priced goods exported from China since then, but many communities that produced goods that competed with Chinese manufacturing exports suffered job losses and economic downturns.

This negative effect on U.S. manufacturing jobs from Chinese exports is often called the “China Shock.” A recent study has found that even though this shock leveled off around 2010, its harmful aftereffects continued for many years beyond, particularly in certain industries such as furniture, games and toys, and children’s toy bicycles or cars.

I am an economics professor who has conducted research on China, and understanding when these trade effects ended allows me and other researchers to examine what long-term demographic aftershocks are occurring in U.S. communities and how best to deal with them. These policy prescriptions can be applied to other industries that are experiencing a rapid shift in employment because of macreconomic trends.

How China gained so much so quickly

As a part of its increased openness to the world, China joined the World Trade Organization – the international body that sets global trade rules – in 2001. Believing that increasing economic liberalization would lead to political liberalization in China, the U.S. began to engage in robust trade with the country.

International trade theory teaches that free trade between nations makes them better off than not trading at all. And recent research underscores that the economic gains to the U.S. from trade in general have been positive but small, adding about 2% to 8% of gross domestic product.

Yet trade with China has given rise to a significant economic shock involving job losses and declines in human welfare in several U.S. regions, especially in the Deep South and in some Midwestern states.

The source of this shock is China’s comparative advantage in manufacturing, specifically in goods that are labor-intensive. Comparative advantage is a nation’s ability to produce a good or service at a lower cost than its trading partners. China has an abundant supply of labor relative to capital and natural resources.

As China began to liberalize its foreign trade, there was a dramatic surge in manufacturing exports and an accompanying economic shock to the U.S. economy. That’s because U.S.-produced goods could not compete with the inexpensive Chinese goods that were flooding the market.

This fall in manufacturing employment was not accompanied with the same number of job gains in other sectors of the U.S. economy.

Today, even with the China manufacturing surge ending, its effects in the U.S. have endured.

A decade after the conclusion of the China trade shock in 2010, the U.S. still has a large number of local economies in which studies show social structures, including the institution of marriage, are fraying because workers have lost their jobs and don’t have stable salaries they can live on.

This lack of wages has subsequently resulted in declines in the demand for local goods and services and in housing values and property tax revenues. There has also been an increase in the number of people on government assistance such as Medicaid.

How to help communities still suffering

Economists generally support “people-based” over “place-based” policies. People-based policies focus on distressed people, with a frequent focus on retraining, while place-based policies concentrate on investing in communities where workers live, such as revitalizing downtowns. Investment in the communities hit hard by Chinese imports have tended to focus on people-based policies because economists generally believe that investing in workers can help them move from distressed places with little job opportunity to new places with better job markets, schools and other amenities.

Yet, relative to the magnitude of the job losses, the program is small, providing too little relief to most workers who lost their jobs because of import competition in the 1990s and 2000s.

The Nobel laureates Abhijit Banerjee and Esther Duflo have pointed out that the TAA program needs to be expanded significantly. Although the House of Representatives is taking steps to reauthorize and expand the TAA program, it is still too early to tell what the final legislation will look like.

Even though economists favor people-based policies, the evidence shows that those laid off as a result of import competition from China frequently don’t move because of unaffordable housing, child care costs and the uncertainties associated with finding a new job.

And left-behind places never completely die. Instead, in such places fewer people marry and have children. More children live in poverty, alcohol and drug abuse go up and young men are less likely to graduate from college.

Therefore, a rethinking of economic policy is likely now needed in the U.S. to focus on two key points: the need to provide adequate assistance to workers in mass layoff events and to recognize that this assistance, quite frequently, will need to be place-based.

Two lessons for the future

Like the China trade shock, the decline of the coal industry in the U.S. beginning in 1980 and the Great Recession, from 2007 to 2009, were also mass layoff events.

Although local economies exposed to the Great Recession recovered their pre-recession employment rates quickly, the decline of coal and the China trade shock both gave rise to long-lasting job losses, reduced incomes, and slow population declines.

Policymakers could apply the lessons learned from this trade shock to respond effectively to the next likely mass layoff event.

As economies transition out of fossil fuels, we will continue to see job losses in the coal mining and oil industries.

Although the increased use of renewable energy is likely to generate new jobs, there is no guarantee that they will be anywhere near where the localized job losses are occurring. Hence, the prospect of large-scale, localized job losses remains. And new policies are needed to enhance employment growth in regions hurt by prolonged joblessness.

The evidence in the U.S. and Europe shows that political support for populist nationalists tends to be greater in regions that have suffered large, trade-led job losses.

If policies that promote job growth in distressed regions are not implemented, we may see more populist nationalists in power in the U.S.