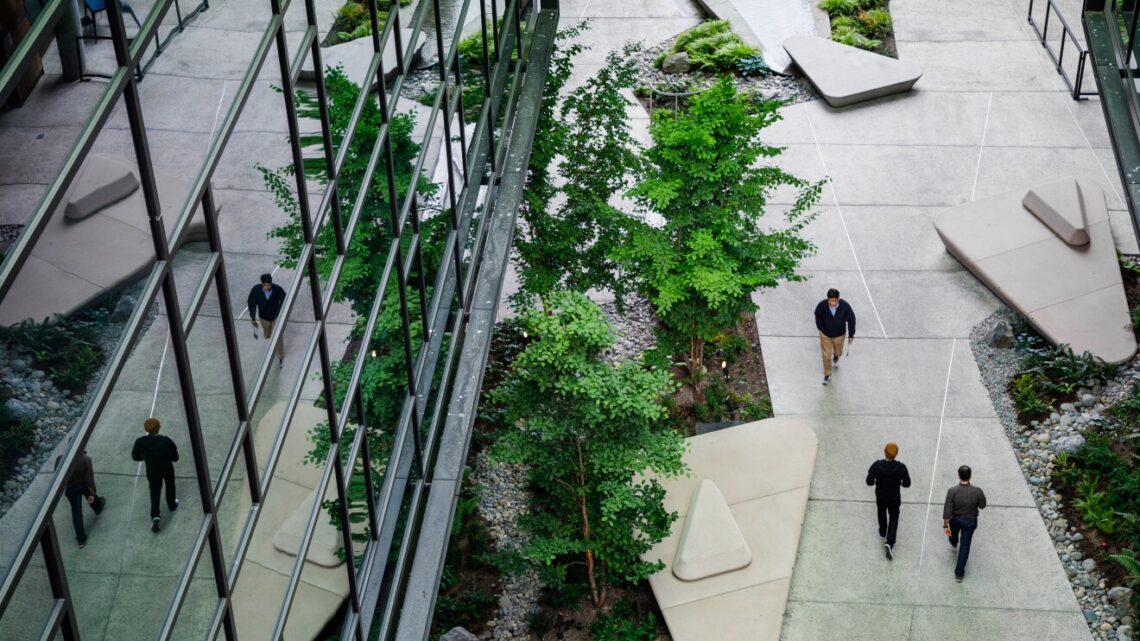 After a lackluster jobs report in September 2021, the latest news on employment gives Americans plenty of cheer about ahead of the holiday season.

In total, 531,000 jobs were added in October – outstripping the already optimistic predictions of economists. This caused the unemployment rate to fall 0.2 percentage points to 4.6%.

Even with those gains, the U.S. is still below pre-pandemic employment levels. But as an economist, I see details in the latest jobs report that suggest the workforce is emerging from 18 months of what has been the “new normal” and getting back to, well, the “normal normal.”

Remote working in the rear-view mirror?

Americans are returning to offices after a year-and-a-half of Zoom meetings and digital water cooler moments. The pandemic had opened the eyes of many potential workers to the possibility that working from home might be preferable to on-site work.

But the jobs report shows that this may be passing. In October, 11.6% of employees worked remotely due to the pandemic, down from 13.2% in the previous month.

Working from home offered flexibility, especially to people who held down two jobs. A lot of people found they could get by with one job, work from home and save money on commuting and child care. The drop in remote working could indicate that some families came to realize that while this worked to cover a shorter-term period during the pandemic, it ate away at household savings, getting to a point where working on site was necessary again.

It also signifies a change of attitude that may explain why employment in the leisure and hospitality sector has bounced back. One possible reason for lower-than-expected job gains in September was that people were hesitant to return to worksites where they would have to mix with people – such as at bars, restaurants and in stores – preferring to spend more time at home.

October’s jobs report – which saw strong gains in leisure and hospitality – suggests that peoples’ ability to delay returning to work may be coming to an end and potentially that they are more open to returning to on-site jobs, perhaps encouraged by vaccination rates and falling case numbers.

Wages up, workers back … time for the Fed to act?

There is some evidence that the “great resignation” – or more accurately, the great “not taking up low-paid jobs” – era was short-lived and winding down.

Many potential workers had seemingly been hesitant to return to lower-paid food service jobs as well as employment in the leisure and hospitality sector due to relative low wages and rigid work schedules.

But the latest report shows evidence of increases in wages and salaries. In October, average hourly earnings increased by 11 cents to US$30.96 – continuing the upward trend of recent months. It means that average earnings are almost 5% higher that they were a year ago.

This is great for workers but does pose a challenge to the Federal Reserve, which must keep inflation in check.

On Nov. 3, the Fed said it would begin scaling down its pandemic-era policy of buying Treasury bonds and other assets, which has the effect of gently reducing the supply of money in the economy. The Fed has also said it might lift interest rates earlier than planned if necessary to tamp down inflation risks.

The stronger-than-expected jobs report and increases in employment costs may prompt it to act more quickly. That said, the Fed may still want to tread cautiously here. Supply chain concerns remain and will need to be worked out before central bankers can conclude that overall inflation is more than a short-term issue.

Not all American workers are seeing the bounce

There is no doubt that the October jobs report was encouraging.

But public sector employment was down, and that is important. This is largely a result of the pandemic. Retail sales were down significantly in 2020 and as a result state budgets are tight – in short, they have suffered from lackluster tax revenue sources.

This might make it harder for public sector jobs – in local government and schools – to bounce back as robustly as the rest of the economy.

Stranded by the Pandemic, He Had Only Travel Insurance. It Left Him With a $38,000 Bill.