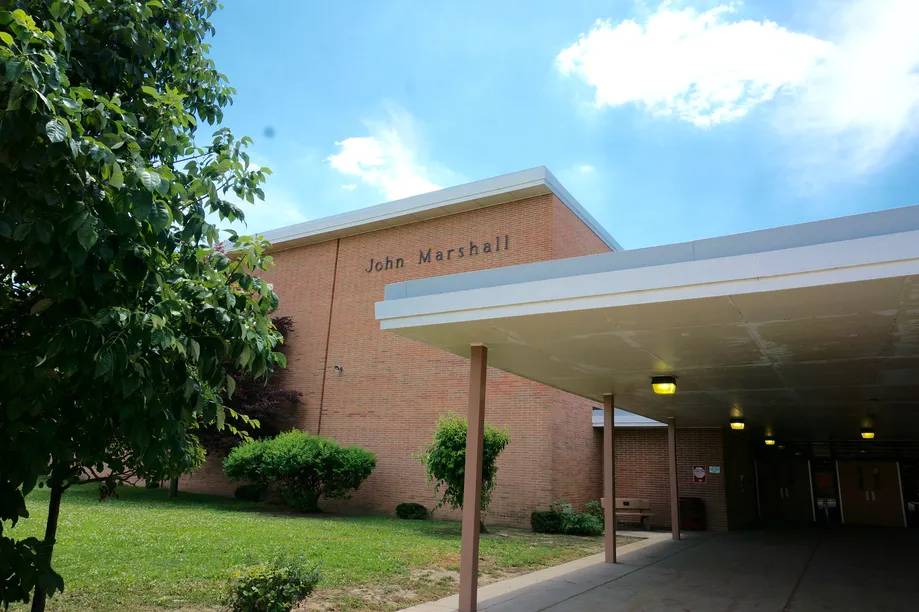 Officials envision a new future for a former Indianapolis high school shuttered since 2018 — a hub for social services on the far eastside.

The Indianapolis Public Schools Board of Commissioners approved a plan Thursday to sell the John Marshall school building to a yet to be determined nonprofit organization for $725,000 in order to create a neighborhood support center.

Under the terms of the project proposal, the new owner would work with the John Marshall Collaborative, a development group, to repair the building and bring in providers like Ivy Tech Community College, a food bank, and employment support services.

The total estimated cost of the John Marshall Opportunity Hub project ranges from $30-50 million, including $20 million in renovations, remediations, and site improvements, according to a presentation to the board.

The district intends to identify a buyer next spring and bring a purchase agreement back to the board in May 2021. In addition to the revenue from the sale, the district expects to save $400,000 in utility and building costs annually.

“Though we know the building is probably worth more, this is going to be a great thing for the community to strive for,” said Commissioner Taria Slack.

The John Marshall building has already lived many lives. It opened first as a high school in 1968, before closing its doors in 1986 due to a drop in population following the Unigov decision that created Marion County’s 11 school districts.

But the far eastside — a neighborhood of around 85,000 residents — continues to have a need for education and job training, as well as food and healthcare, according to the district’s presentation on the project.

The Opportunity Hub concept would have space for 75-100 transitional housing units, as well as a business hub, playground, and community garden. Its initial goals include providing job training for up to 1,500 residents and starting up to 15 businesses.