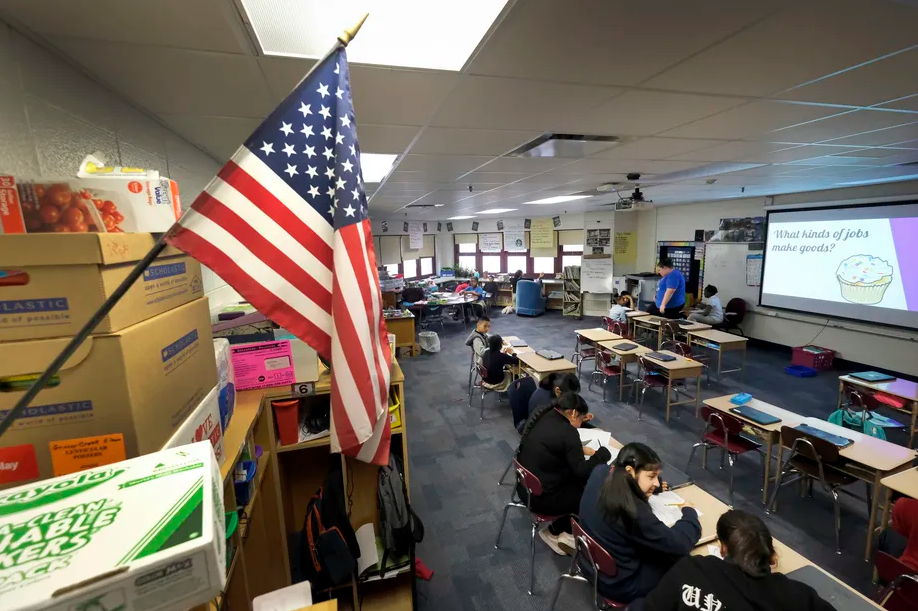 In the wake of contentious school board meetings throughout Indiana over critical race theory, leading Republican lawmakers said they will propose allowing parents to have more of a say in what their children are taught in schools.

Critical race theory has migrated from a little-known academic framework, which examines how policies and the law perpetuate systemic racism, into a political touchstone for Republicans nationwide. It has animated debate about how schools teach about the role of race in this country.

Indiana Republicans are drafting multiple education bills for the 2022 legislative session in response to these controversies, without mentioning critical race theory by name.

Republican Gov. Eric Holcomb and several lawmakers from both sides of the aisle said at a legislative conference Wednesday that they do not believe critical race theory, or CRT, is being taught in Indiana’s K-12 schools.

“CRT is not part of our state standards,” Holcomb told reporters. “If critical race theory is being taught in the classroom in our K-12 system, it’s counter to the standards, and the local school and parents need to hold those folks who are responsible accountable.”

Still, House education leader Bob Behning said the next legislative session, which starts in January, will include a bill inspired by the critical race theory controversy that focuses on “transparency.” He suggested requiring districts to form “curriculum control committees,” groups of parents, community members, and educators who would review curriculum, classroom materials, or library books and advise school leaders to change aspects they disagree with.

Every public school district would be required to create an advisory curriculum committee, composed of 40% parents, 20% members of the public, and 40% educators, Behning said. Each committee would be required to meet at least twice a year. Recommendations from the committees would not become binding without approval from school boards.

Behning, an Indianapolis Republican, said past statutes have allowed districts to create similar committees to review curriculum, but have expired.

“We had situations in Carmel where parents were reading [aloud] books in their school board meetings that had some obscene language in it,” Behning said. “Board members were offended, but parents were like, ‘Well, this is what my kids are having access to.’”

But Democrats voiced concerns about the soon-to-be-proposed legislation. Senate Minority Leader Greg Taylor said that under the guise of transparency, the law would allow parents ways to prevent their children from learning about race at all.

“We know we have to have open dialogue about the history of this country,” Taylor said. “All that critical race theory is saying is that, ‘Hey, we tried that color-blind thing for a long time, a very long time; it’s not working. So let’s consciously infuse race into the curriculum, and hopefully that will lead to a better outcome for everybody.’”

Also in response to contentious school board meetings, Republicans are drafting a bill that could reshape school boards, which are currently formed through nonpartisan elections. Behning said his colleagues are considering a bill that would allow school board members or candidates to choose whether to reveal their political affiliation.

They may also “tighten up” the public comment procedures at school board meetings. Public comment sessions have become more heated in multiple Indiana districts in the past year, often because of critical race theory debates.

He also mentioned legislation that would create a procedure to discipline teachers who promote certain theories in the classroom, though he said promotion is not an issue with most teachers, and it is unclear what would be considered promotion and how teachers would be monitored, reported, or disciplined.

Schools have recently grappled with controversies over whether displaying Black Lives Matter signs or LGBT pride flags in classrooms could be considered promoting political ideologies.

“The overwhelming majority of teachers do not try to promote one theory over another,” Behning said. “I believe kids also need to understand authoritarian, totalitarian, Marxism to a degree, but definitely no promotion of that. So there will be some language dealing with promotion.”

Republicans and Democrats agreed about many aspects of the CRT debate during a Wednesday afternoon session at the conference. Taylor and Republican Senate President Pro Tem Rodric Bray both agreed CRT should not be taught in K-12 schools. They also agreed that teaching more about different cultures in K-12 classrooms would benefit all students, regardless of their race.