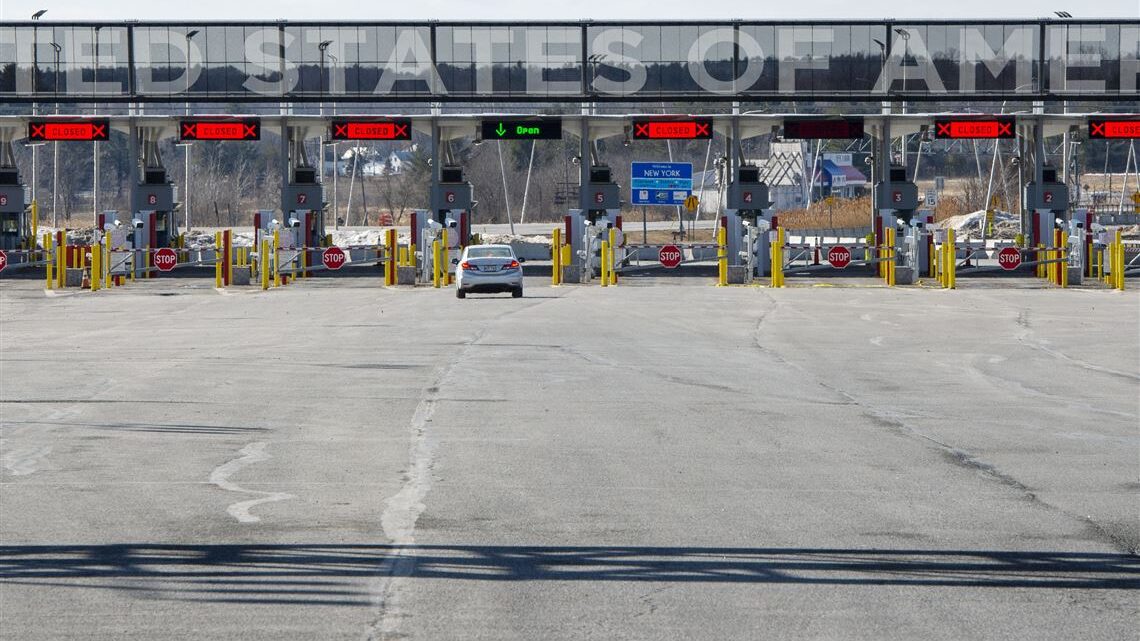 Pandemic travel restrictions between the U.S. and Canada have come at the expense of Washington’s border communities.

The U.S. borders with Mexico and Canada will stay closed to nonessential travel through Aug. 21, according to documents published in the Federal Register. Federal officials said the move is necessary in light of rising COVID-19 cases in the three countries and the threat of the disease’s more contagious delta variant, which now accounts for 83% of all new cases.

“Any decisions about resuming travel will be guided by our public health and medical experts,” White House Press Secretary Jen Psaki said. “I wouldn’t look at it through a reciprocal intention.”

The U.S. Department of Homeland Security first closed America’s borders to tourist travelers in March 2020 in conjunction with its Canadian and Mexican counterparts. The closures have been extended on a monthly basis ever since. They were set to expire Thursday.

The news followed repeated attempts by Washington Gov. Jay Inslee to get federal authorities to lift the restrictions. Inslee said he was disappointed with the decision and highlighted the effect it will have on border residents.

“As I have expressed repeatedly in communications with the State Department and the Department of Homeland Security, the time has come to at least partially reopen the U.S.-Canada border, and I will continue to advocate for relief for border communities in Washington state,” Inslee said.

Whatcom County, which borders Canada, has had 9,694 confirmed COVID-19 cases to date – or 2% of the state’s total caseload. The death toll from the disease stands at 107, according to the Washington Department of Health. Around 60% of the county’s 229,000 residents have received at least one shot of a COVID-19 vaccine.

The news is hard for Whatcom County’s Point Roberts, a town of 1,300 people taking up a little more than 4 square miles on the southernmost tip of the Tsawwassen peninsula south of Vancouver, Canada. A single highway is all that connects Point Roberts to Canada, and it’s the only way small business owners such as Cameron Musselwhite can commute to and from work.

Musselwhite, a Ferndale resident, drives about an hour every day to the little waterside town, where he runs Larry’s Liquor Locker. Musselwhite said he loves the place that was handed down to him by his father, a state liquor sales contractor before the state privatized alcohol sales.

“The community is very small, very close,” Musselwhite said. “Everybody knows each other here. It’s a nice place.”

He imagines he’ll move to Point Roberts once his children are done with school. In the meantime, most of the town’s two dozen businesses are closed. Tourism is dead, and this summer’s biggest holiday season has passed.

“Normally, Fourth of July weekend, we’ll do 10 to 15 grand a day, especially on the weekend, like Saturday, Friday,” Musselwhite said. “This year, we’re lucky to hit $1,000 in sales, not profit. Doesn’t matter – weekend or holiday. Sales are our worst year in eight years.”

Commerce makes up most of the reasons for border crossings at the Cascade Gateway bridging Washington and British Columbia, according to a Western Washington University study from 2015. At least 30% of Canadians’ said reasons for cross-border treks were for recreation, while 60% were for shopping. Around 58% of Americans traveled into Canada from Washington for recreation, while 4% went for shopping and 15% for work.

Tourism is a pillar of Whatcom County’s economy and was responsible for as much as $70.7 million in state and local taxes in 2019, according to Bellingham Whatcom County Tourism. That figure accounts for up to $831 in tax revenue per household in Whatcom County, the group reported.

This article was originally posted on Extended U.S., Canadian border closure leaves Washingtonians in a bind