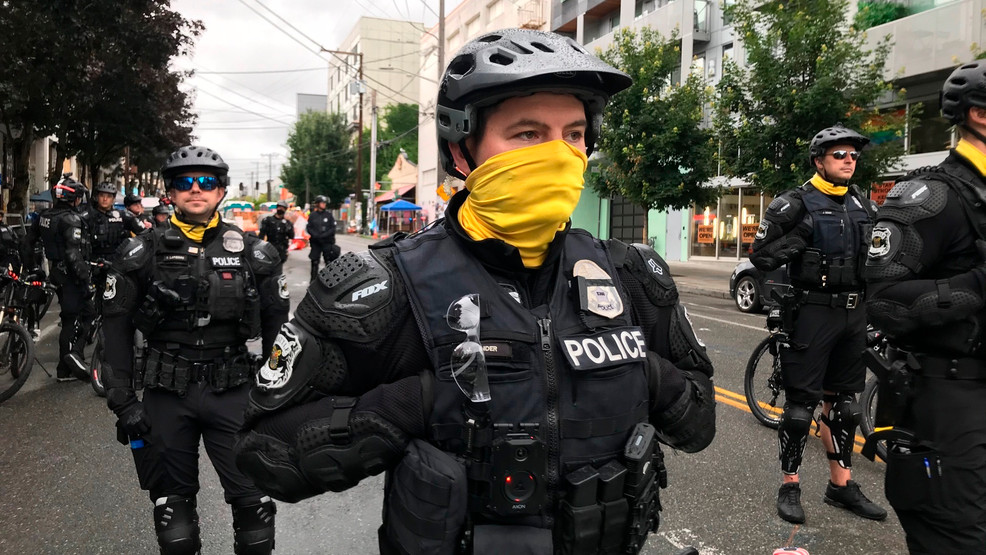 When Seattle’s City Council voted to cut millions of dollars from its police budget amid the uproar over the murder of George Floyd, it ran into an unlikely roadblock: the federal government. U.S. District Judge James Robart ruled that the city couldn’t defund its own police department without his permission. The judge was acting under the mandate granted him by a 2012 consent decree put in place by the Obama Justice Department as it sought to end alleged civil rights abuses by police in cities from Baltimore to Cleveland to Ferguson, Missouri.

And now, after being sharply curtailed by the Trump administration, consent decrees are back. In one of his first major actions as President Joe Biden’s attorney general, Merrick Garland in April rescinded the Trump policy limiting them.

That raises the question: Do consent decrees work? Do they help or hinder police in providing public safety? Do they protect citizens from abusive police practices? The answer is subjective, but it seems clear that the record of consent decrees is mixed at best, and the surrender of local control, as in Seattle, may have a good deal to do with it.

Seattle has seen a marked increase in violent crime between 2013, the first full year its cop shop came under consent decree, and 2020. There were 52 homicides in 2020, compared with 19 in 2013. The total number of violent crimes rose by nearly 25% over that time.

Los Angeles, on the other hand, showed improvement, according to researchers from Harvard University’s Kennedy School of Government. After nearly a decade under a pre-Obama consent decree, researchers found that “The quality of service to residents is higher, the perception of the LAPD as fair has risen, and the use of force is down.” L.A.’s consent decree was lifted in 2013.

The judge overseeing the Ferguson decree – imposed after the 2014 police killing of a young black man, Michael Brown – said last year that “things have not gone as quickly as we had hoped and as the Consent Decree anticipated, but I believe that great progress has been made.” A study of the Baltimore police by the American Civil Liberties Union was less positive about results of the decree imposed after the 2015 death of Freddie Gray in police custody.

And now consider the recent experience of the Seattle Police Department, as effectively presided over by Judge – and de facto Police Commissioner – Robart.

Seattle’s consent decree established a Community Police Commission, whose membership was supposed to be “representative of the many and diverse communities in Seattle.” But community representatives don’t bear the same burdens as elected leaders. And their power relative to the judge is still limited.

David Schoenbrod, a professor at New York Law School, and co-author of the book “Democracy by Decree,” argues that authority must be tied to representation. “The way democracy is supposed to work,” he told RealClearInvestigations, “is for key policies to be made by elected officials. They are responsible.”

Advocates for consent decrees, by contrast, argue that “local police departments can’t reform themselves,” as Erwin Chemerinsky, dean of Berkeley Law, puts it. “Bring on the feds.”

Bring on the feds they did in Seattle, but in practice, the feds may well halt reform – cementing long-standing police practices and hindering lawmakers’ ability to make timely changes.

The federal investigation into Seattle’s policing that resulted in its consent decree was led by a U.S. attorney, Jenny Durkan. From a prominent political family in Washington state, she successfully ran for mayor of Seattle in 2017, trumpeting her role in the decree.

But the city arguably paid a price for it. It lost control of its ability to respond to crises involving its police department. Local officials were appalled at the police’s use of tear gas, “blast balls” and other crowd-control weapons, and last July the Seattle City Council voted 9-0 to ban them.

The council also took up the call to “defund the police,” even overruling Mayor Durkan’s veto. Yet in the end the uniformly liberal city council was hobbled by federal oversight, repeatedly blocked in its efforts to rein in the force.

Judge Robart not only blocked lawmakers from implementing policy reforms but also dressed them down for not recognizing his authority. “When they decide to take matters into their own hands in contravention of the Consent Decree,” he said of the City Council, “then they drag me into a situation that I don’t want to be in, which is telling them, ‘No, you can’t do that.’”

Does federal authority leave room for local lawmakers’ preferred policies to be tested? “Defunding” the police may be a good idea; it may be a terrible idea. But with judges dictating policy, Schoenbrod says, accountability is lost. Elected officials can say, “The court made us do it.”

Michael Morley, professor at Florida State University College of Law, told RCI that state and local “government entities enthusiastically embrace decrees because the decrees guarantee spending.” He contends that – consistent with Seattle’s experience – consent decrees tend to entrench one or another set of policies and stifle change, rather than spur reforms. Such decrees in effect represent the consent not of the governed, but of the government.