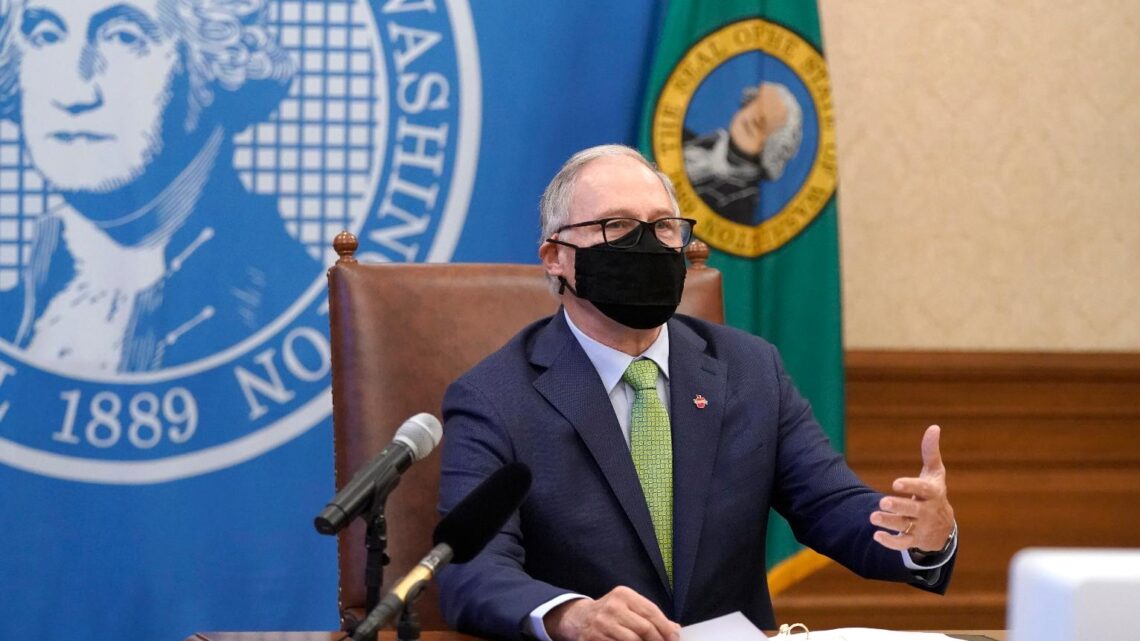 Inslee to allow Washington to fully reopen on June 30

Inslee announced he would remove his remaining COVID-19 restrictions June 30 after a brief transitional phase.

The governor paused his “Roadmap to Recovery” after a brief increase in cases earlier this month but announced Thursday he would resume the process after seeing cases decline.

“What we know now gives us the confidence to close this chapter in this pandemic and begin another,” Inslee said. “This next part of our fight to save lives in Washington will focus on increasing vaccination rates and continuing to monitor variants of concern as we move toward reopening our state.”

Businesses are capped at 50% occupancy in the final phase of Inslee’s restrictions.

Inslee announced earlier Thursday the state would adopt Centers for Disease Control and Prevention guidance that allows for fully vaccinated people to stop wearing masks unless required by a business or other entity. He said the state could lift all restrictions sooner should the state reach COVID-19 vaccination benchmarks.

“[W]e have concerns about what his new guidance will mean for hospitality establishments, grocery stores and other places where people congregate,” they said. “After dictating for 439 days about what employers can and can’t do, the governor is now saying, ‘You figure it out.’ Republicans have pressed relentlessly for that freedom all along.”