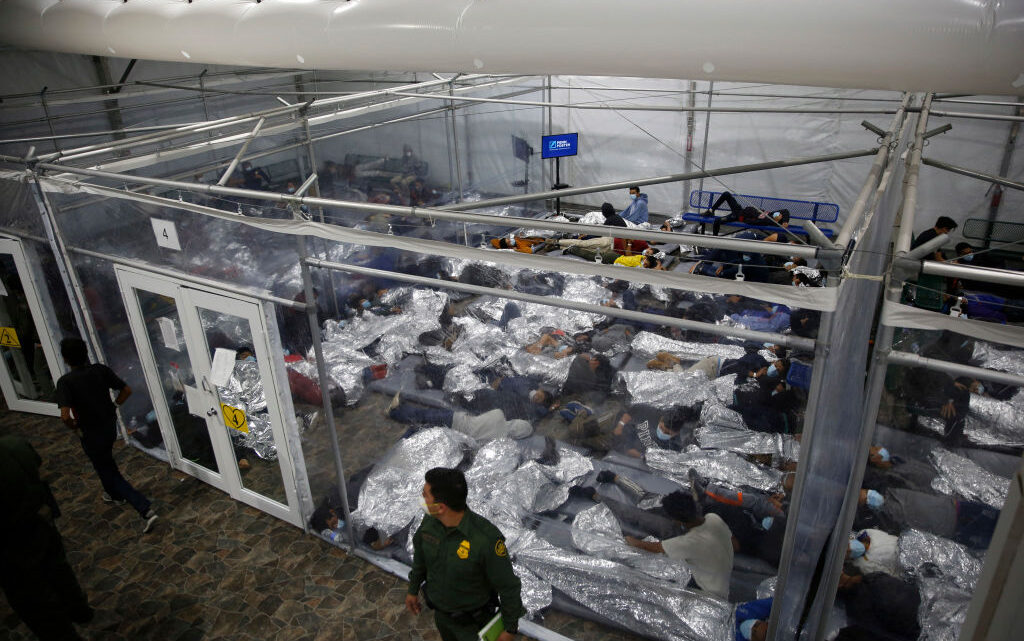 The journey of Central American migrants to the U.S. border – a perilous trip across thousands of miles of mountains and deserts – starts in places like the dry corridor in western Honduras.

Many of the region’s 1 million small farmers still live in adobe huts with no running water. Corrupt Honduran officials have invested too little in stabilizing or modernizing the region, allowing violent gangs to extort families. Recent droughts and hurricanes have created widespread hunger.

These longstanding problems throughout Central America are driving the current crisis on the southern U.S. border, where more than 170,000 migrants arrived in March in search of jobs and asylum. As the Biden administration grapples with this mounting surge, it’s proposing a $4 billion long-term plan (the biggest ever for the region) to attack the root causes of migration – corruption, violence and poverty – in Honduras, El Salvador, and Guatemala.

The Biden administration says fighting corruption is now the top priority since nothing will change until elected officials stop stealing and the governments become more accountable to citizens. Countries will have to meet stricter conditions, such as adopting governance reforms, before receiving aid, and officials face the threat of financial sanctions and revoked visas.

Honduras is a showcase of government criminality. President Juan Orlando Hernandez’s election in 2017 was tainted by fraud. He is now under investigation by U.S. prosecutors who have brought a string of cocaine smuggling cases against prominent Hondurans. Members of the National Congress in Tegucigalpa have a habit of embezzlement and other corruption, and the U.S. Treasury Department has responded with sanctions.

But the get-tough diplomacy, with Vice President Kamala Harris leading the strategy team, is already hitting resistance. In early April, the special American envoy to the region, Ricardo Zuniga, who was born in Honduras, visited El Salvador to press the case against corruption. But President Nayib Bukele, miffed over criticism from a State Department official about his commitment to the rule of law, refused to meet with the envoy.

The snub would be familiar to a long line of presidents who have stumbled in the region. Since 1960, administrations have strategically deployed about $24 billion in foreign aid to Central America and the Caribbean.

Honduras’s economy, once dominated by exports of coffee and bananas to the U.S., has produced a number of ultra-wealthy clans resistant to the idea of cleaning up corruption.

Miguel Facusse, whose nephew served as president of Honduras, became rich from palm oil production and consumer products. But his legacy is tainted by accusations from human rights investigations that his security forces were involved in deadly clashes with small farmers over their claim to land in the region where his plantations operate.

Today, President Hernandez tops a list of Honduran politicians, military, and police officers who are under investigation or have been convicted of operating what seems like a state-sponsored drug cartel, according to U.S. prosecutors. The president has repeatedly denied any involvement in trafficking.

The Biden administration points to the silver linings in the dark clouds of the region’s recent history. In the last five years, an effort to root out political corruption made remarkable progress before it was quashed. The U.S.-backed effort to reform the National Police also got off to a promising start five years ago. The police served as a tool of cocaine smugglers, who exploited lowly paid officers with payoffs for dirty work. The revelation in 2016 that top police officials organized the assassination of Honduran’s anti-drug czar finally forced President Hernandez and Congress to set up a commission that moved quickly to purge 5,000 tainted and inexperienced beat cops and top officials – including six generals.

The purge was a watershed moment showing that Hondurans could topple a fortress of criminality. But four years later drug smugglers are beginning to penetrate the police again, forcing good officers to choose whether to take a bribe or a bullet. “Traffickers tell cops, ‘I’ll kill you if you don’t help me, or take a bunch of money,’” says Kurt Ver Beek, co-founder of the Association for a More Just Society in Honduras. “So they take the money.”

U.S. agencies funded other projects such as community policing to reduce crime in Honduras, which a decade ago had the highest murder rate in the world. However, extortion of businesses by criminal gangs – a major driver of migration – may be getting worse. Gang members approach small businesses, such as barbers, food merchants and taxi drivers, and demand a small monthly payment that keeps going up until the owner can no longer pay it and flees. Hondurans refer to extortion as a “war tax.”

While officials pilfer public funds and gangs drive businesses to close, it’s no wonder that half of the Honduran population remains almost locked in poverty. The high rate hasn’t improved much over the last decade and is twice the level of neighboring El Salvador.

USAID’s Future Employment program had ambitions in 2016 to train 7,500 at-risk youth in Honduras and place half of them in jobs to lure them away from gangs. The program struggled to find enough recruits in tough neighborhoods and enough employers willing to take a chance and hire them. Aid experts have criticized the agency for hiring U.S. and international contractors to administer most of the program funding and missing an opportunity to develop local advocates to push for reforms.

Meanwhile, migrants from Central America are streaming to the U.S. border. The increase that began a year ago has accelerated under Biden, threatening to top 1 million this year, the highest total in more than a decade. Biden’s root-cause strategy won’t change anything at the border in the short run. Advocates say progress will be incremental at best and measured in decades, not years.

Inslee to allow Washington to fully reopen on June 30

Why widespread health woes could follow from pandemic-driven job losses