Please ensure Javascript is enabled for purposes of website accessibilityNewark parents worried their kids might get COVID in school, poll says – Capitol Hill Pulse Skip to the content 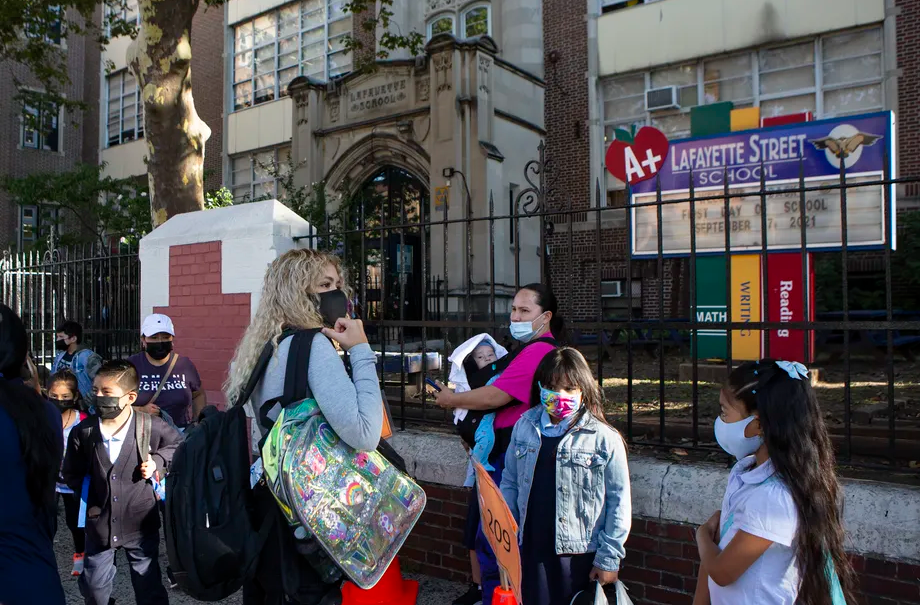 An overwhelming majority of Newark parents are worried about their child contracting COVID-19 this school year, and some say they aren’t sending their kids back at all, according to a new online poll published Monday.

The Project Ready poll, conducted by Change Research the week leading up to the first day of school for Newark, found that 49% of Newark parents would have opted for a fully remote learning option this fall if it had been offered.

Newark students returned to full-time in-person instruction last week, joining charter and parochial school students who returned to classes last month, after 18 months of remote or hybrid learning. Some families, concerned about the highly contagious delta variant, have said they planned to keep their children at home.

With no remote-learning option on the table for the 2021-22 school year, districts were ordered to open full-time and in-person, leaving families to either send their kids back to school or opt for homeschooling.

That could mean hundreds of students starting the school year off at home.

“That is a significant number of parents in the district who are so worried about COVID-19 that they won’t send their kids back at all,” said Shennell McCloud, CEO at Project Ready, a social justice nonprofit in Newark. “It’s not that they’re still thinking about it. They decided against it completely.”

Parents are concerned about the virus spreading at school, with about 87% saying they’re worried their child might get the virus.

Many parents also are concerned about the way the virus has affected their kids socially, emotionally, and academically. Eighty percent said they’re worried about their children’s social and emotional well-being and 79% said their child falling behind on learning is a concern.

McCloud said the data prompts her to think about how the hundreds of kids whose parents decided to keep them at home may not get to work on social and emotional development that schools might be able to offer.

“You could understand why a decision like that would be made, to keep their families safe,” McCloud said, “but you still have to ask, how are they going to address learning loss and social-emotional development? Because those two issues will continue to exist even if they stay home.”

The district and charter schools have said they plan to prioritize social and emotional learning this school year.

“Overall, leaders should know that when it comes to public health measures, parents have their backs,” McCloud said. “I think there’s a lot of speculation about whether or not families are supportive of some of these mandates but based on our poll, they are mostly supportive.”

The Project Ready poll was conducted among 301 parents of school-aged children in Newark between Aug. 27 and Sept. 7, with a margin of error of 5.66 percentage points.

This article was originally posted on Newark parents worried their kids might get COVID in school, poll says