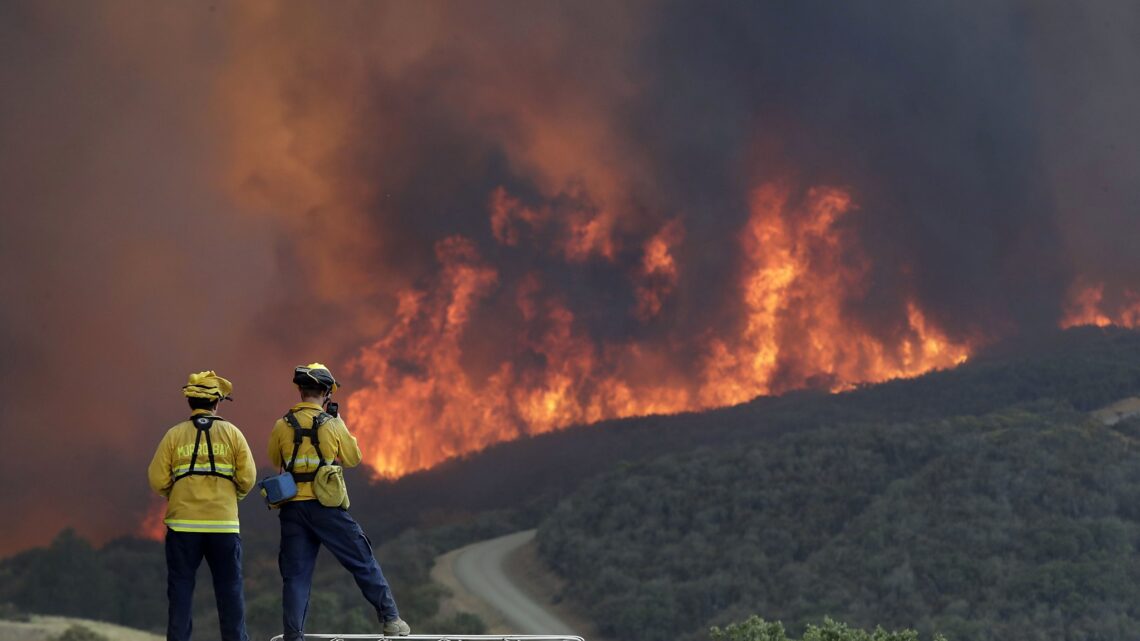 As Oregon and Washington lose thousands of acres to fire per day, the two states quickly move into new stages of emergency.

More than 60 fires are raging across the nation at the moment. According to the INCIWEB reporting system, eight large fires in Washington have burned more than 94,000 acres this year. In Oregon, 15 wildfires have blackened more than 255,000 acres.

All eyes are on Oregon’s Bootleg Fire which has grown to 227,000 acres or the country’s most expansive fire so far this year. The fire has drawn firefighters from all corners of the state and has put thousands of Klamath County households under evacuation.

KLCC reports 64 members of the Oregon National Guard are on the ground in Klamath County fighting the fire alongside more than 1,300 firefighters from around Oregon. The fire is inching its way through Oregon’s Fremont-Winema National Forest, less than an hour away from some of Northern California’s prized carbon forestland. California Gov. Gavin Newsom has also put the power grid on high alert for mass outages and ordered the state to redirect power as needed.

According to INCIWEB, the Bootleg Fire is fueled by “hot, dry and breezy conditions” in tandem with low humidity recovery at night. It was 7% contained as of Thursday morning, the system reports.

“This is going to continue to grow,” said Incident Commander Joe Hessel. “The extremely dry vegetation and weather are not in our favor.”

While temperatures around Western Oregon and Western Washington have fallen back between 80 and 90 degrees Fahrenheit in most places, southern Oregon is seeing triple-digit temperatures for an extended period.

Temperatures are expected to hover around 90 and 100 degrees for the next two weeks in Klamath County, where tinderbox conditions and potential breezes could ignite the region’s towering trees.

The Bootleg Fire is among the fastest-moving wildfires in recent memory for Oregon. It’s outpaced California’s largest blaze, the Beckwourth Complex Fire, which has burned more than 95,000 acres so far. That fire was 71% contained on Wednesday, local authorities report.

President Joe Biden announced pay raises for federal firefighters this month in a meeting with several U.S. governors to help grow the nation’s firefighting force. Governors at the meeting agreed the National Guard would be called on more often in the meantime.

Since the year began, some 34,000 fires have burned more than 2.25 million acres of land or about 3,500 square miles. That’s more than 20% of the acreage, about 10 million, that burned in 2020, according to the Congressional Research Service.