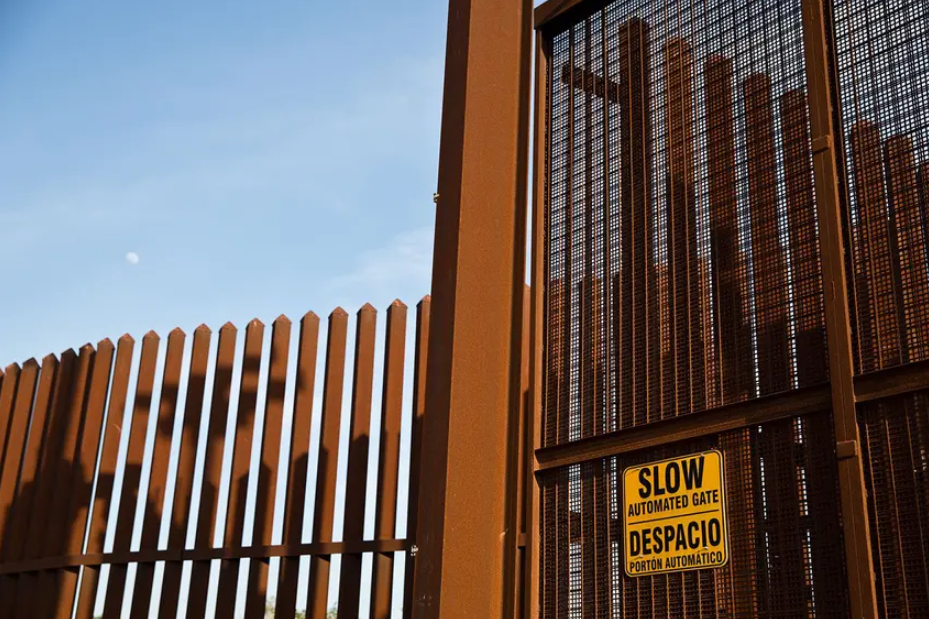 The Texas Legislature has gone home, and Gov. Greg Abbott — who’ll be seeking reelection next year — has returned to the top concern of the state’s Republican voters: immigration and border security.

The subject is familiar, and you might’ve heard this part of his pitch before: Abbott says he’s gonna build a wall. He also said state troopers, who’ve been dispatched to the border for years but who are barred from enforcing federal immigration law, will start arresting migrants on state charges. He also wants to increase local jail capacity along the border.

That’s fodder for a big policy debate, starting with where federal and state power over the border start and stop. But the politics are easy, as Donald Trump has already illustrated.

Whether anything actually happens — a wall gets built, an immigrant gets arrested — the governor benefits politically just by being in the fight. His voters feel that way, and he’s with them, and that’s the political win.

Wall or no wall, this is popular with Republican voters, and particularly so in Texas. It worked for Trump. And similar appeals (without the wall) worked for Abbott’s predecessor in the governor’s office — Rick Perry.

Among Republican voters in Texas, 78% support adding a wall all along the Mexican border, according to an April 2018 University of Texas/Texas Tribune Poll cited by UT’s Jim Henson in a recent newsletter from the Texas Politics Project. Among those same voters, 62% said in a UT/TT Poll in April of this year that there are “too many” legal immigrants in the U.S. already, and 72% of Republican voters agree that undocumented immigrants should be deported immediately.

It’s a federal policy issue, but for Texas conservatives, particularly when Democrats are in power in Washington, the political draw is undeniable.

The state’s Mexican frontier got some attention from the Legislature this year, notably including an increase in state spending on border security, which rose to $1 billion from $800 million. A quick bit of history is in order: When the state first added border security to the budget mix, the stated idea was that it was really a federal duty and that the state would be asking Washington, D.C. for reimbursements. That never happened.

The state budget has included money for border security since 2008, despite the repeated declarations that the state’s taxpayers were covering what is supposed to be a federal responsibility.

It might be expensive for taxpayers, but it has worked out pretty well for the people they elect to statewide office.

Then-Gov. Perry called the Obama administration to task during an influx of unaccompanied children at the border in 2012. Two years later, Perry was hoping the feds would cover the costs of sending state police and Texas National Guard troops to the border for another surge. Most of the state spending over the years has gone unreimbursed. But that fight got Perry some attention in his unsuccessful bid for president in 2016. The winner that year was the guy with the idea for a “big, beautiful wall.”

Texas Republicans had a pretty good session, if you’re measuring legislation against their stated goals. They passed permitless carry of handguns and a bill that outlaws most abortions after six weeks. They’re coming back in special session for another try at a restrictive voting bill that failed at the end of the session, along with legislation that would make it harder for criminal suspects to get out of jail on bond while they await trial.

Those wins will be on their list of campaign brags next year, but when the session ended, Abbott turned quickly to this year’s surge of migrants on the Texas-Mexico border, blaming the Democratic president and promising to crack down, including a wall and more jails and arrests in his program.

Abbott isn’t the only politician with an ear to the ground this year. Don Huffines, a former state senator from Dallas who’s challenging the governor in next year’s Republican primary, tried to elbow into stories of Abbott’s border announcement, claiming the incumbent has “had the power for the last seven years to close down the Texas border, and has refused to do so.”

That assumes quite a bump in the powers of a state official, but this is politics.

This article was originally posted on Texas Gov. Greg Abbott heads for the border