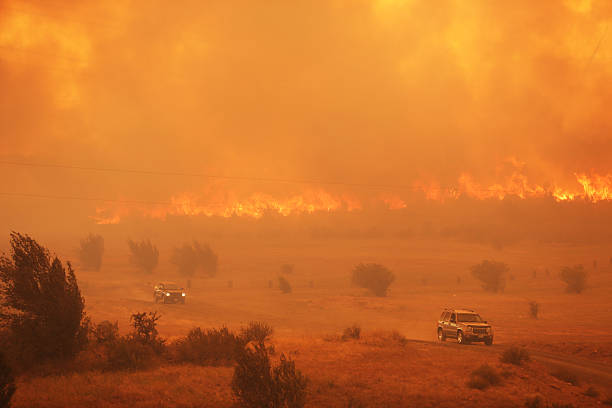 A 20,000-acre brush fire in Eastern Washington is close to being contained by firefighters amid the historic heatwave gripping the state.

The fire has been burning near Lind, Washington in Adams County since Sunday, where temperatures reached 108 degrees Fahrenheit for the first time. State Fire Marshal’s office announced the fire was 90% contained and burning across 2,100 acres by late Monday. No injuries or deaths have been reported.

Local authorities report the fire began around 11 a.m. on Sunday and burned in sage, grass and wheat. The fire closed State Route 21 for a few hours on Sunday and briefly incurred Level 1, 2 and 3 evacuation orders for residents there. Those orders were lifted Monday. The fire’s cause is under investigation.

The Washington Fire Protection Bureau has been conducting airdrops to soak the Lind Fire as blazes spread firefighting resources thin. In April, the Washington Department of Natural Resources reported that it had responded to 91 fires in the first four months of 2021. Statewide, Washington saw 220 wildfires in April compared to 160 wildfires the year before.

Since Friday, small brush fires have cropped up across the state, including west of the Cascade mountains. On Monday, a car fire along Interstate 5 in Snohomish County sparked a football-sized blaze. Another fire south of Issaquah along Cedar Hills and Maple Hills has burned 30 acres since 6:30 p.m. on Monday.

The phenomena are all part of the “Heat Dome” that settled over the Western U.S. over the weekend, trapping a hot air mass over the Pacific Northwest. The historic event cracked pavement along northbound I-5 at NE 195th St. and closed lanes and causing hours-long traffic jams. Sidewalks in Yakima buckled under the heat. Seattle city workers showered the Fremont Bridge to protect its metal span from melting.

Three consecutive days of hundred-degree weather in Seattle sent thousands of people scrambling to find shelter. The city opened dozens of senior centers, libraries, and wading pools to the public. Amazon also opened its doors to 1,000 people in need of air-conditioning. On Monday night, temperatures around Washington fell at least 40 degrees. They are forecast to remain around 90 degrees for the rest of the week.

Despite record temperatures, the Evergreen State did not see the mass power outages many feared. More than 9,000 thousand people in Western Washington lost power from Sunday to Monday. As of Tuesday, Puget Sound Energy reported 107 power outages statewide, impacting 821 people from Seattle to Tacoma.

Washington’s power grid, about a third of which comes from hydroelectric dams, makes it more resilient in hot weather than most states. However, industry experts have concerns the state’s snowpack, which melts faster every year, could shortchange streamflow during peak summer demand. The USDA reports that Washington’s snowpack is at 86% normal levels.

No aliens, but government transparency and desire for better data might bring science to the UFO world