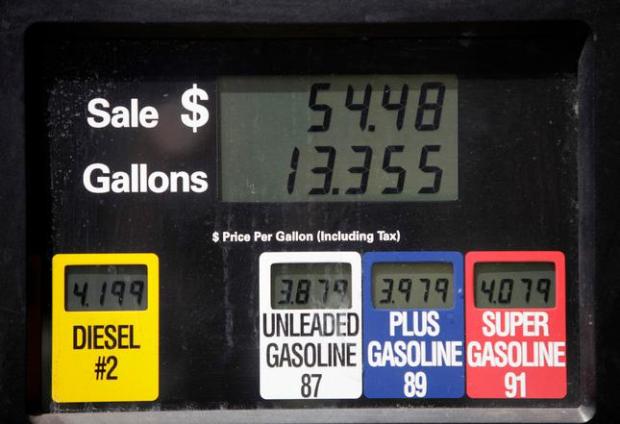 While a handful of California officials deliberate on how to best divvy up a historic $75 billion budget overflow, gas-powered vehicle owners will be paying more to fill up their tanks.

With federal, state and local taxes, the average cost for a gallon of unleaded is approaching $5 in many metropolitan areas of California.

The tax, passed in 2017, is projected to rake in more than $50 billion in the first 10 years of increased costs. Those funds are funneled into infrastructure and public transportation projects across the state. The 2019 hike made California’s motor-fuel-related taxes the highest in the nation.

The small increase won’t result in a significant price difference at the pump, but it’s enough to get opponents fired up.

Sen. Brian Jones, R-Santee, is among a group of lawmakers fighting to put a hold on the hike.

“Why are we asking California taxpayers to spend even more money out of their limited resources in a COVID year with unemployment as high as it is,” he said. “We need the governor to step up today and backfill that excise tax with some of the surplus that the taxpayers have already paid.”

Jones and others saw their initiative to block the automatic increases stopped by Democrats on Monday.

“Governor Newsom and other Democrat leaders are chauffeured around in state vehicles and don’t have to worry about the sky-rocketing cost of gasoline in California,” Jones said.  “Many Californians lost their jobs and businesses during the state-ordered COVID shutdown. The least the state can do is take some of the bloated budget surplus and help lower the cost of gasoline Californians pay.”

“Despite California’s budget surplus of $75 billion, gas taxes are set to rise again in July,” he said. “The increase is estimated to cost California drivers $83 million next year alone. Gas taxes are estimated to have increased the cost of living for a typical family of four by $650-$800 a year. The last thing Californians need is another tax.”